The Dodge Colt Turbo is one of those small peppy cars that you just can’t hate, no matter how poorly built, completely unreliable and downright pathetic they seem.  Simply put, they are the Bradley Mannings of the automotive world, and while you may be tempted to give them a complete chassis overhaul and call them Chelsea, we advise against it…but you have to admit they have guts or something…  Find this 1984 Dodge Colt Turbo GTS (actually a pair of them) for sale in Concord, VA for $6,000 via craigslist.  Tip from John. The Dodge Colt will be a constant source of leaks…no not classified intelligence data, but oil, coolant and brake fluid all over your driveway.  The source of the oil is a Mitsubishi 4G32T inline-4 cylinder turbocharged engine good for 102 horsepower – enough to move the sub-2000 lb hatchback around with some modicum of fun.  The Colt uses a bizarre “twin-stick” transmission that gives 8 forward speeds and 2 reverse speeds with the use of a transfer case. This ‘box is not unprecedented on the pages of DT; we previously featured another ’84 Twin-Stick Turbo Colt here in October 2012. 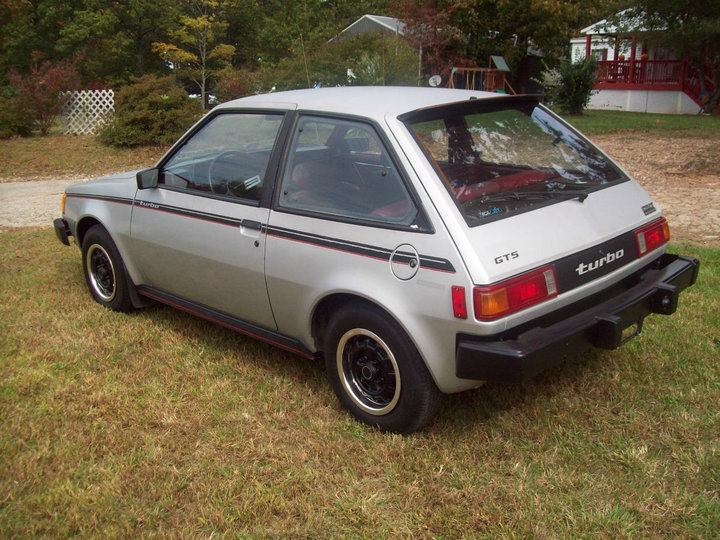 It’s odd to consider that this captive import Mitsubishi and the Simca-designed Omni were both sold by Dodge dealers concurrently. So if you wanted a compact American branded hatchback from your local Dodge dealer in 1984, you had either a Japanese car or a French car to choose from (and in 2013, you have zero although the Dart is closely related to an Italian). The styling of this car, the Japanese one, has aged well compared to the Omni. It’s just too bad about it being a Mitsubishi, and actually sharing many parts with the 1st-generation Hyundai Excel. Back to the DT research caves for us…