Throughout
the dead of winter, you diligently stashed away your pennies and dimes
for an open-air sports car. Good on you. You have $6,000 saved, which
would put you in just about the best NA Miata on the market, or an Alfa Spider but
not quite Boxster territory – yet. Here, for your consideration, is a
luxury sports convertible with 2.2x the horsepower, undeniable class,
and room in the trunk for two golf bags. Find this low-mile 1997 Jaguar XK8 Convertible for $5,700 via Blok Charity Auto Clearance in Gardena, CA.  Words by DT contributor slowcarSLOW-MPGlol. 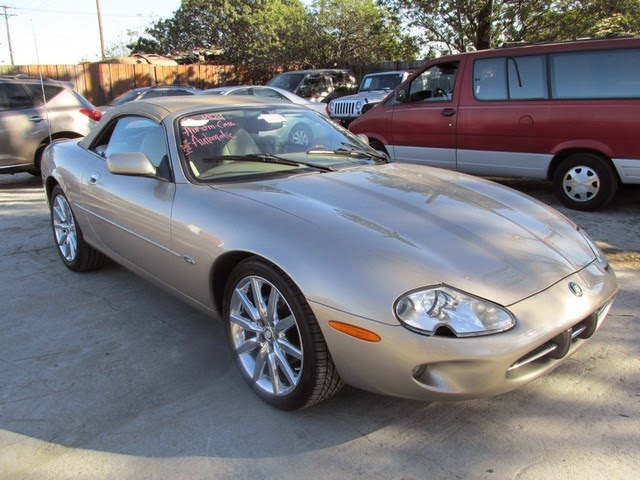 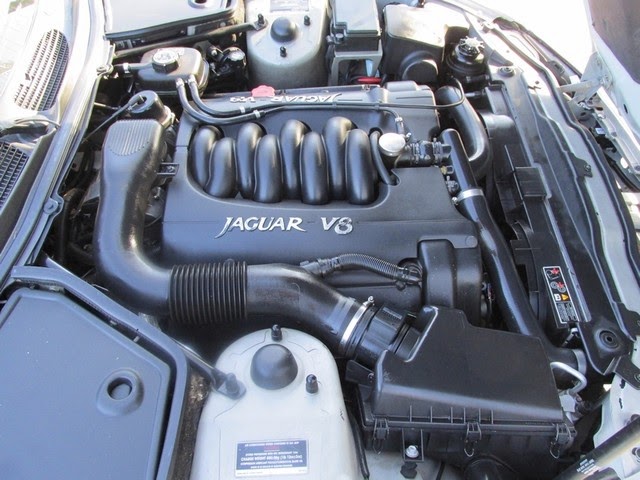 Some
XK8s were available with a manual, but this one has J-gate, which might
have been unconventional for the sake of being unconventional. Kind of
like “Jaguar ergonomics.” That may have been a dealbreaker when it was
$70,000, but for this money, you can just shut your mouth and deal with
it. Really, how many complaints can you have in a car with fully
independent suspension, 290 horsepower (not the 375 of the supercharged
and twin-intercooled XKR), 80 percent of its torque available just off
idle, and 51/49 weight distribution? Maybe a 3900-lb curb weight and a
back seat that’s only good for a punch line. 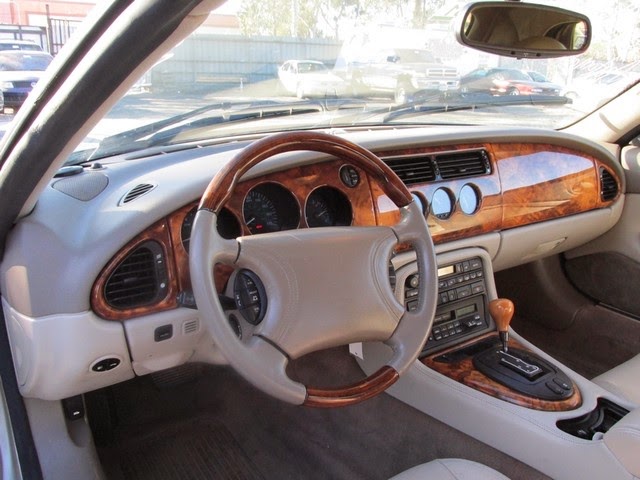 Of
the particular car in this listing, you could find a few complaints.
Boring triple beige color combination. A description that doesn’t say
anything. Rear quarter windows that are down in every picture. But it’s
still a 93,000-mile Jaguar for dirt cheap. The only other one that comes
close has webbed torque-thrusts and a rebuilt title.
For the money, you could get more horsepower from a Mustang
convertible, but that just doesn’t have the same effect when you drop
off your wife at the front door of Red Lobster. 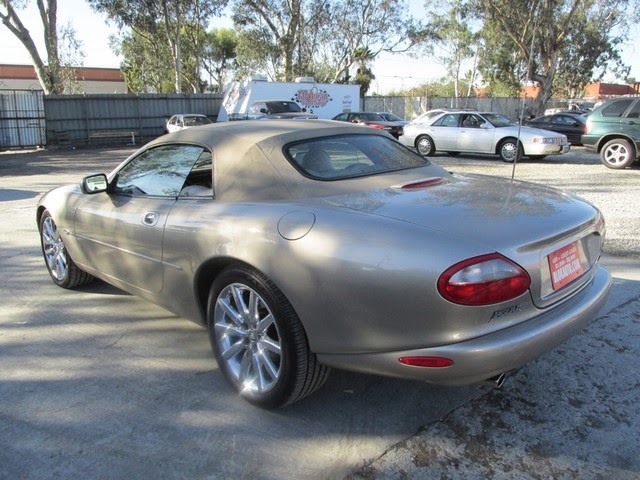 It isn’t clear to us if a car purchased from Blok Auto Charity would come with a clean or salvage title, but if someone decided to donate a car, we can’t imagine that would be a good omen for its condition…so…it gets the salvage badge!  And there was much rejoicing!  See another poorly colored convertible? Email us at tips@dailyturismo.com