5k: Wagonaire vs. Wagoneer: Which Wagon Will Win its Way to your Wallet?

Back before crossovers, SUVs, SAVs, CUVs, minvans, tall wagons, and 5-door hatchbacks, if you wanted a long roof people/stuff hauler you had one genre of vehicle to consider: the station wagon. There were two subsets; a wagon could be based on a car or on a truck chassis. What pundits would now call a “traditional body-on-frame SUV” was just known as a station wagon through most of the 20th century, and this category would include such greats as the Chevy Suburban, International Travelall, and Jeep Wagoneer. The SJ Wagoneer was made from 1963-1991 and took many forms during that time, but today let’s compare a classic Wagoneer to its little-known half brother, the Studebaker Wagonaire. Find this 1973 Jeep Wagoneer for sale in Castle Rock, CO for $3000 and this 1963 Studebaker Wagonaire in Orland, CA for $6000, both via craigslist. Bear’s Natural Habitat tip from Kaibeezy.

First we need to ask, what the heck is a Wagonaire? The rugged Stude was a car-based wagon built on the Lark platform. Both it and the Jeep were penned by the industrial designer Brooks Stevens and have an obvious family relation when studied from the rear 3/4 view. They both share a long flat roof, downward tapering D-pillar, little wraparound lozenge taillights, single-piece tailgate with integrated rear glass, and swoopy rear wheel arch. 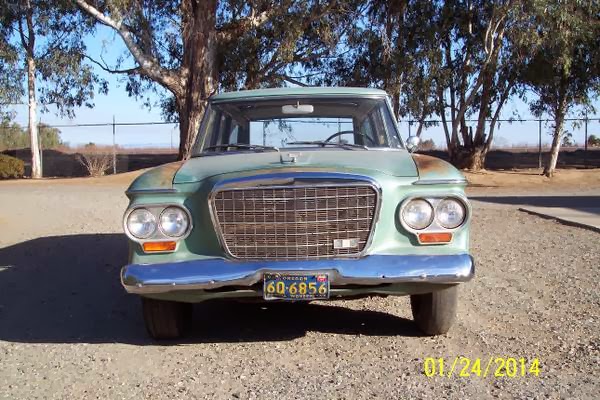 Walk around front and the difference becomes apparent. The Jeep was based on a Kaiser truck platform whereas the Studebaker Lark was a compact car that shared the Mercedes-Benz Pontonesque grille styling with some of its contemporaries like the Gran Turismo Hawk. Not to criticize the Lark’s odd front end styling – I definitely wouldn’t want to compare it to Joan Rivers’ face – lest DT incur the wrath of the Studebaker Drivers Club! 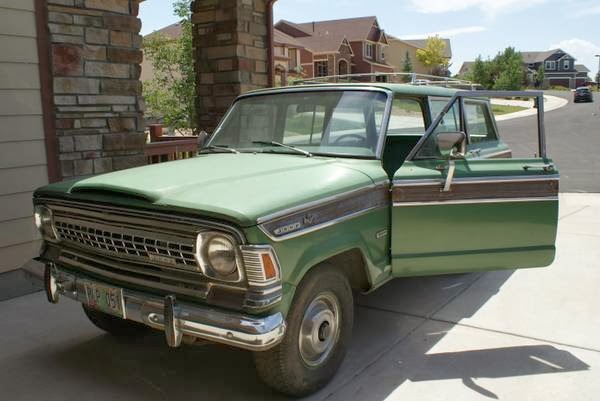 Both the Wagoneer and Wagonaire were originally powered by their makers’ respective inline sixes, decent for the day but nowhere near the power and sophistication you’d get in a 2014 Jeep or 2014 Studebaker…wait, AMC…no, Chrysler…Gelandewagen, I mean, Fiat 500 (whew). This ’63 Wagonaire on craigslist has the 170 cubic inch “Skybolt” inline six making 112 hp; the only bolt this thing will shoot through the sky is the one it eventually throws off of its own connecting rod and through the crankcase when it gives up the ghost. Good news though, Wagonaires were available with both Studebaker and Chevy V8s. There was even a Wagonaire Daytona model with a supercharged 289 and floor-shifted 4-speed.

The main selling point of the Wagonaire is the manual sliding rear roof, which opens forward to turn the cargo area into an open-topped bed. They were apparently prone to leaks but man, that looks awesome and would be a hell of a fart ventilation device. Whatever we do here, let’s just not talk about the GMC Envoy XUV, which GM marketed as the first of its kind without really doing much homework on the subject.

The Wagoneer in question is powered by the AMC 360 V8 making somewhere south of 180 hp. The 360 held the distinction of being the last carburetor equipped engine in any American car sold to the public when the Wagoneer was finally taken out to pasture in 1991. Being a ’73, this one in Colorado is a middle generation truck; the ’60s dash is gone, thin simu-wood siding is starting to grow on the flanks, and the grille has merged with the headlights replacing the earlier Kaiser styling that looked even more similar to the Lark.

The seller of the ’73 Wagoneer is commendably frank, saying there is “a bit of rust on the doglegs and tailgate, a couple of pin holes in the floor….you are getting a LOT more honesty in the description than I got.” For only $3k you are getting a definite project but a bit of rust repair, cleanup, and a carpet and this would be a presentable FSJ. 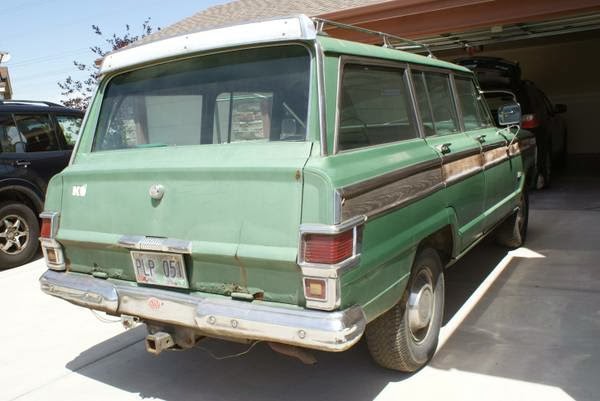 For a cheap solid example of an earlier SJ Wagoneer project, check out this ’64 in San Luis Obispo, CA for only $2500 on craigslist. 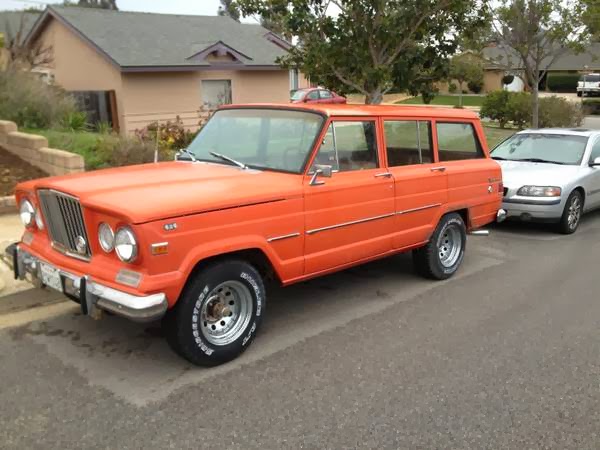 Which would you pick for your BrooksStevensMobile, an ‘aire or an ‘eer? You can put anything in the back of one, but go anywhere in the cabin of the other, at half price and with two more cylinders.