The W123 generation Mercedes-Benz E-Class was a sedan built in extraordinary numbers from 1977 through 1985.  Almost 3 million of the big Benzs left the Mercedes factories all over the world during production, but if you wanted a rag top you needed to step up to the R107 SL….until now.  Find this 1979 Mercedes-Benz 300CD Custom Convertible offered for $7,000 in San Rafael, CA via craigslist.  Tip from Kaibeezy. 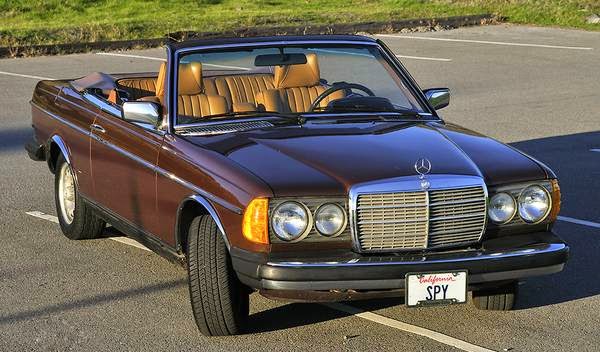 This W123 looks so natural in its topless state that you would almost believe it to be a factory rag top.  Even the poop brown paint looks good with the roof hacked off.  Unfortunately the “spy” license plate does not come with the customwagen. 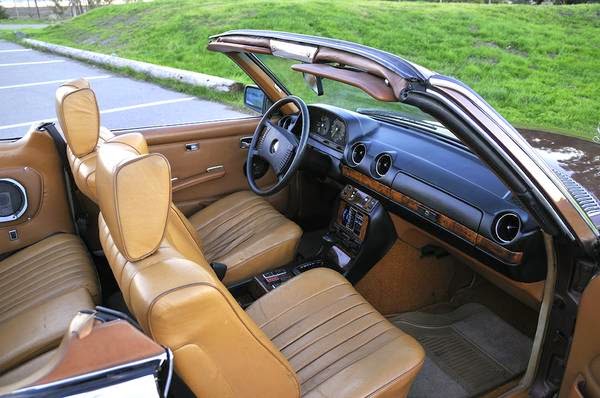 The 300CD is powered by a 3.0 liter inline-5 cylinder diesel and from personal experience, this author can attest to the  basic goodness that is the coupe version of the W123.  It might not have the rear passenger access of the sedan, but the large doors make you feel like you are getting into some classic ‘Merican muscle car from the 70s, and only the ratty-tat-clack of the diesel engine reminds you of what it really is. 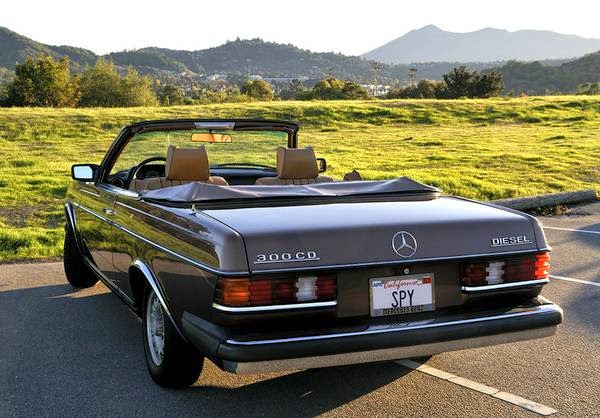 See a cooler way to live the California dream? tips@dailyturismo.com