The Chevrolet Corvair is the cheap way to get into a classic with an aircooled flat six out back…or at least it was.  Recently the Corvair market has seen some price appreciation including a 1965 Corsa 140

currently offered for $22k. It is probably a good thing for the current Corvair owners that the car (specifically the desirable post ’65 models and rare ’68/’69) is finally getting the respect it deserves, but it also means that the days of cheap Corvairs littering craigslist will soon be over…see “history of 911 prices in the past decade” for reference. Get in cheap while you can; find this 1968 Chevrolet Corvair Monza 140 offered for $3,850 in Sun Valley, CA via craigslist. 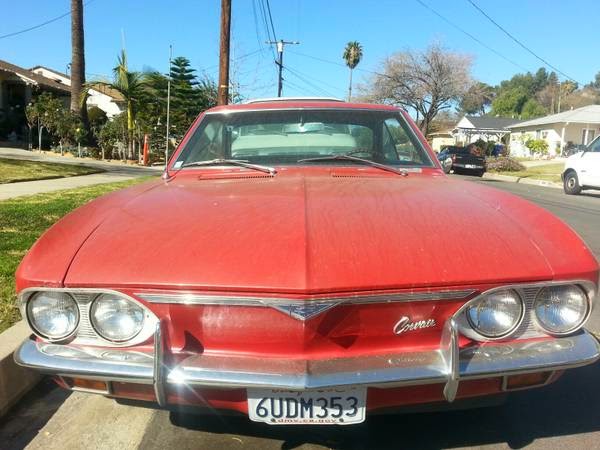 How could this lowly Corvair Monza be considered rare or desirable? Easy, declining numbers and enhanced drivability.  Plus, the sportier Corsa model disappeared after the 1966 model year (in anticipation of the arrival of the Camaro) thus elevating the Monza by default.

By 1968, the end of production for the Corvair was already on the books.  The Camaro and its Indian cousin Pontiac Firebird were in their second year, with big production numbers while the numbers for the Monza Coupe dropped from almost 89,000 per year in 1965 down to less than 7,000 in 1968. 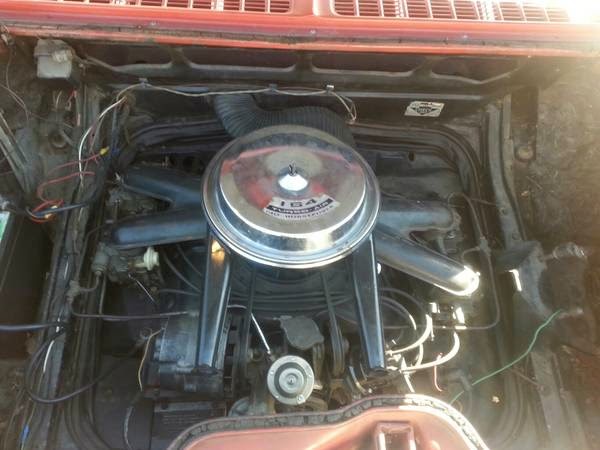 On the plus side, this car is equipped with the more powerful version of the 2.7 liter flat six, fed by four single throat carbs and a set of headers – good for a total of 140 horsepower.  What this car needs, if opting to rebuild the engine to cure the smoke, is to bore it out to 3.1 liter and add a set of Weber carbs to get things going.  The mount for the spare can be seen in the engine bay, but
not so with the spare itself.  Not to worry, lots of owners relocated the spare to the
front trunk  (frunk). 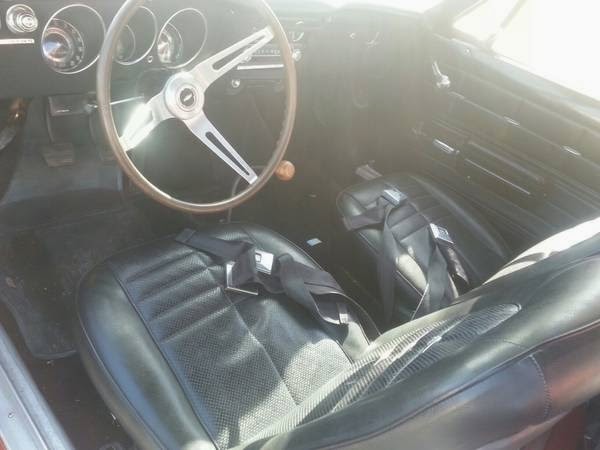 Inside, the interior benefits greatly from the updated integrated
armrests/door pull/door lever common to several other 1968
Chevys.   The pearl in this interior is the handsome fake wood
wheel, which is much better looking that the standard tri-spoke
wheel which was standard in 1968.  It also has the very desirable
folding rear seat for better hauling capacity. 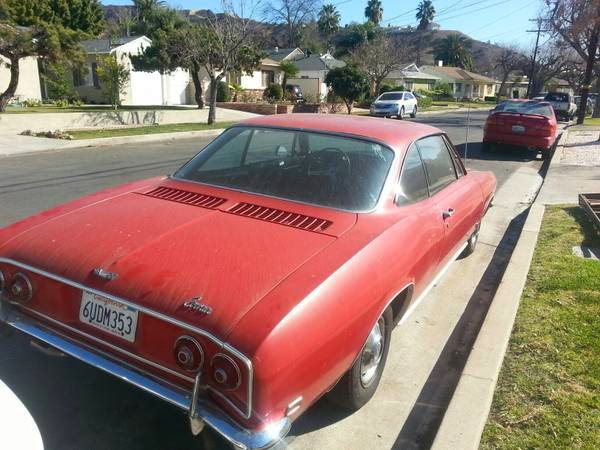