The Triumph TR4 was small sports car built starting in the early 1960s powered by an updated version of a tractor engine…so it was sporty for the day, but lacks motivation compared to modern cars.  This isn’t a problem for the gear-head with tools, time and a spare drivetrain.  Find this 1964 Triumph TR4 with Toyota 22R engine for sale in Grants Pass, OR currently bidding for $4,720 via ebay.

The TR4 was based on the previous TR3 chassis, but had a Giovanni Michelotti designed body and a few more creature comforts like roll-up windows. 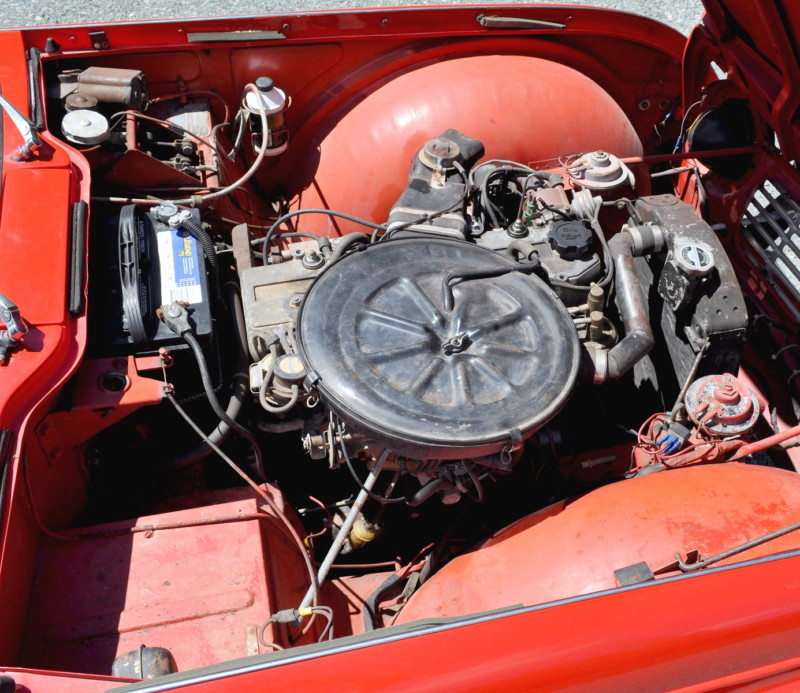 The original Triumph 2 liter engine was good for 100 SAE gross horsepower, but the Toyota 22R swapped in from Hilux or Celica should be good for 100-108 SAE net horsepower depending on year…so it isn’t much of an upgrade, but it should last for years longer and they do take to boost well… 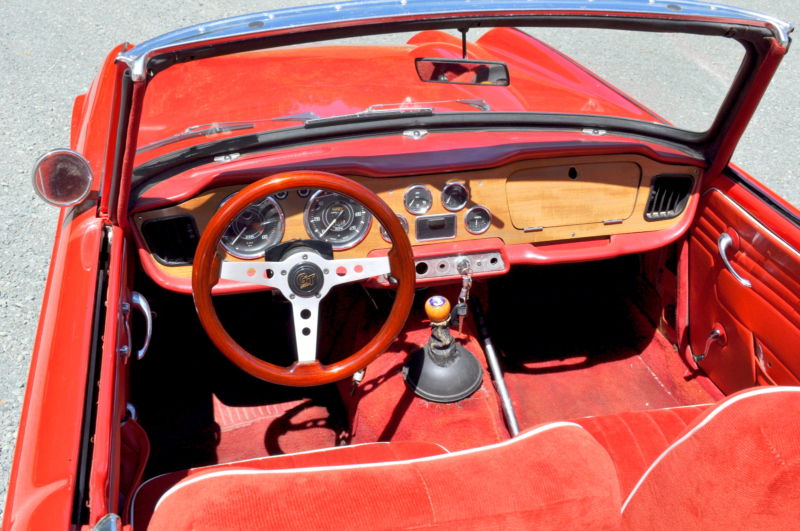 Red on red is a big much to take, but at least the inside looks stock and no one will know about the Toyota hiding under the hood. 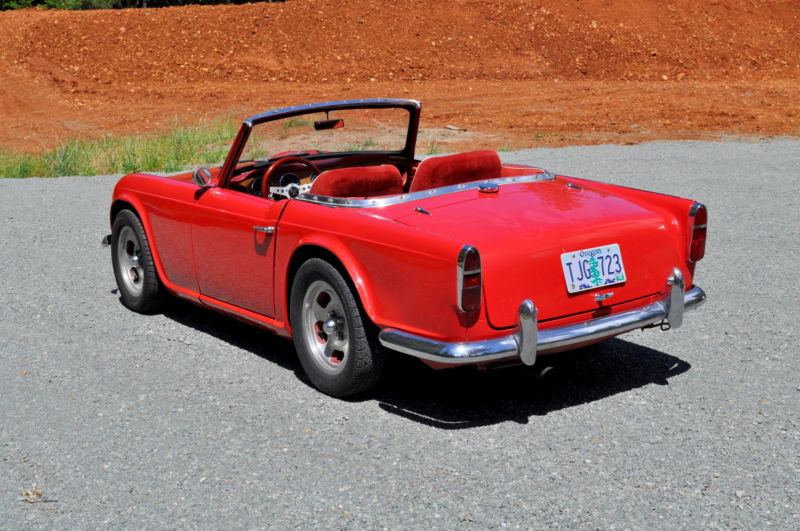 This is an interesting swap car and it shouldn’t demand a large sum of money because it won’t be that fast and now it has lost some of originalists from the bidding.  But who wouldn’t want better fuel economy and a little more power/torque?