The first generation Audi TT was a styling home run for Volkswagen/Audi and there was nothing on the road quite as striking when it was released in 1998.  The TT was designed by J Mays and Freeman Thomas and features a modern take on the Bauhaus school of design.  The fact that the smooth sheet metal covered a plebian VW Golf/New Beetle chassis didn’t stop approximately 300,000 people from buying one from the Audi showroom between 1998 and 2006.  Find this 2001 Audi TT Quattro for sale in SF Bay Area, CA for $6,850 via craigslist.  Tip from Anthony B. 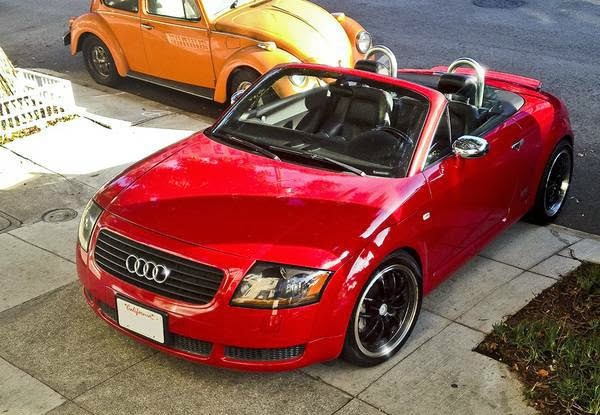 I had no idea the magic of depreciation had made these this cheap:  Low miles convertible AUDI TT Quattro With Navi &lots of mods & extras.

The magic of depreciation has indeed made this red convertible affordable to just about anyone with a job. 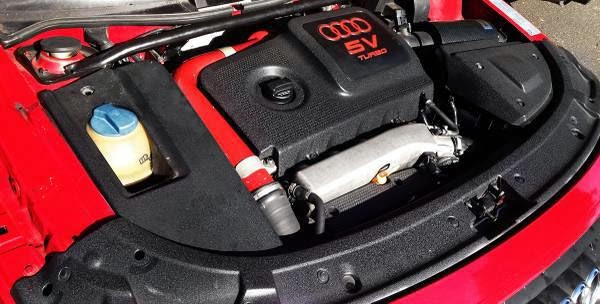 This Audi TT is powered by Volkswagen/Audi’s 1.8T – a 1.8 liter inline-4 20 valve engine (3 intake values, 2 exhaust – cool stuff) that was turbocharged and intercooled.  Most 1.8Ts from the early 2000s were equipped with the small K03 turbo and put out between 150-180 horsepower, but the TT Quattro version used the larger K04 turbocharger was rated as 225 horsepower and 207 ft-lbs of torque. 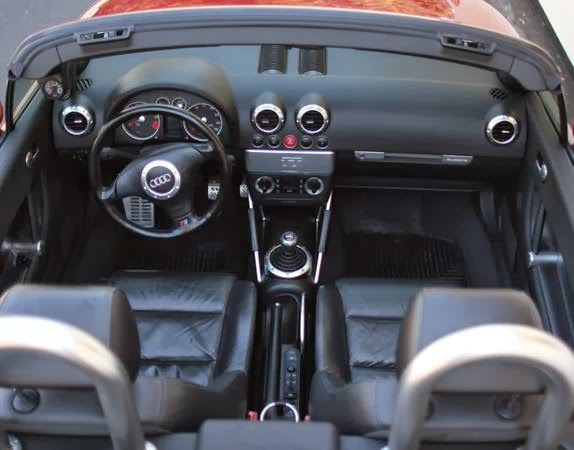 The Quattro version not only gets more horsepower, but also a 6-speed (instead of 5-spd) manual gearbox with power going to all four wheels.  The interior of the TT is one of the highlights of the design and features all sorts of cool details like chrome ringed vents and the coolest baseball-stitch leather seats (although this one doesn’t look to be equipped with the upgraded leather). 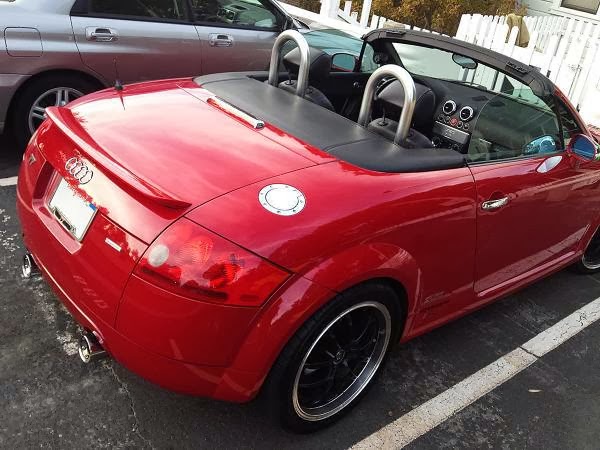