The first generation Volkswagen Golf was introduced in 1974 as the replacement for the aging Nazi-era designed Beetle.  The Golf was a front drive economy car with roots in Audi’s history of front drive sedans, but was underwhelming to drive in stock trim.  However, in 1975 VW introduced their GTI version that added sporting credentials to the practical hatchback.  Find this 1977 Volkswagen GTI Mk1 for sale in what we think is Phoenix, AZ for $4,500 via the Los Angeles craigslist.  Another great tip from Rod S.  Also, thanks for anon for pointing out the lack of link…oops! 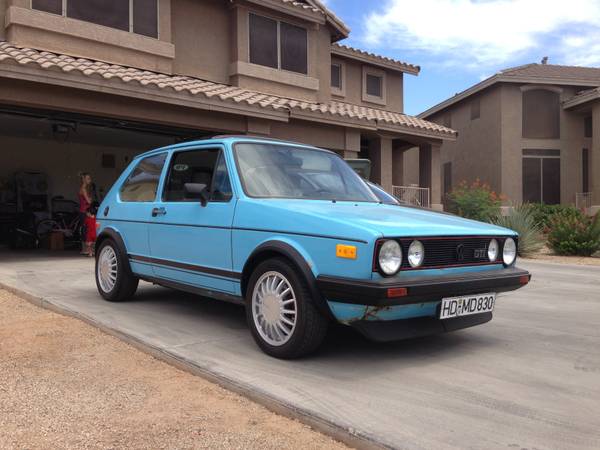 This Mk1 GTI isn’t offered in the condition that we prefer (running/driving/original paint/cheap) but it could be a good deal for someone willing to do some of the work.  We think it might be for sale in Phoenix because the seller says “this car is in Phoenix” a total of nine times in the ad. 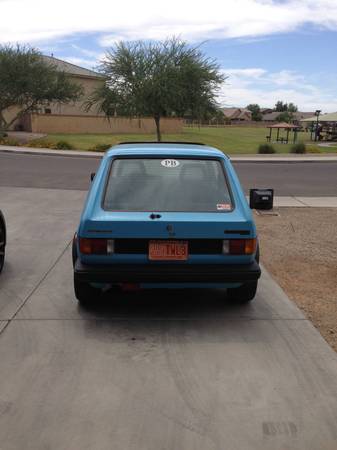 The GTI is motivated by a 1.6 liter fuel injected inline-4 that puts out 110 horsepower and 103 ft-lbs of torque into the front wheels.  Performance was respectable because the GTI weighed less than 1800 lbs. 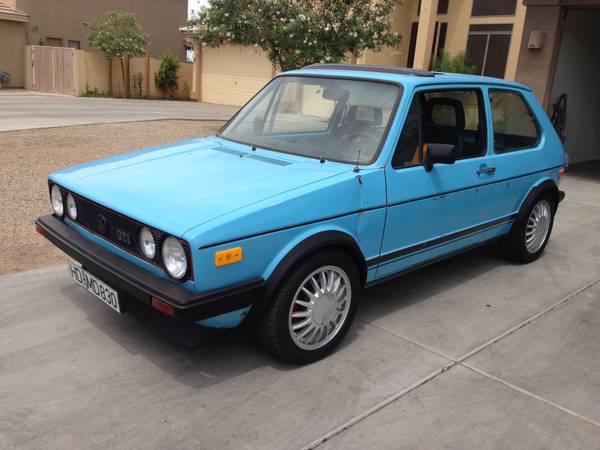 The only issue with this car (aside from need of body work and interior repair) is lack of details in the advert and some decidedly non-stock wheels (not sure what they came from).