I’ll never forget the first time I watched John Carpenter’s 1982 remake of “The Thing.”   Unlike the original Howard Hawks version (a 1951 classic shot in black & white, starring the gorgeous Margaret Sheridan) the remake was absolutely terrifying, and it put the dung in my dungarees.  The thing about Carpenter’s Thing was that you never knew who had been turned into an evil doppelganger and the suspense came from what was concealed.  It is sort of exact opposite of Volkswagen’s Thing, which has everything exposed, from the floorboards to the passengers.  Find this 1974 Volkswagen Thing here on eBay 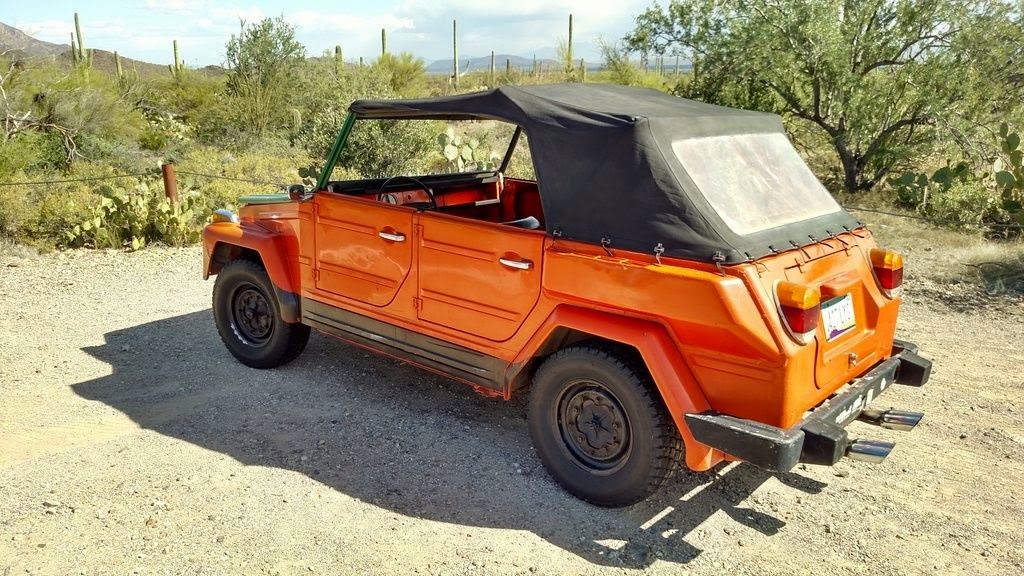 The Volkswagen Type 181 was sold as the Kurierwagen in Germany but used
the name Thing for the US Market – making the answer to “what is that
thing?” a simple “yes.”  The Thing used a Karmann-Ghia floorpan and
various parts from the Beetle, Transporter, etc.  The Thing was originally designed to be a short term stop gap production vehicle until the NATO
shared Europa Jeep was developed.  How anyone could expect a bunch of
people who routinely riot and stab each other over rival neighborhood
soccer games to be able to cooperate to design a mass production light
military vehicle is a mystery to me and needless to say the Europa Jeep
was a stillborn catastrophe and as a result, more than 50,000 Things
were released from the factory. 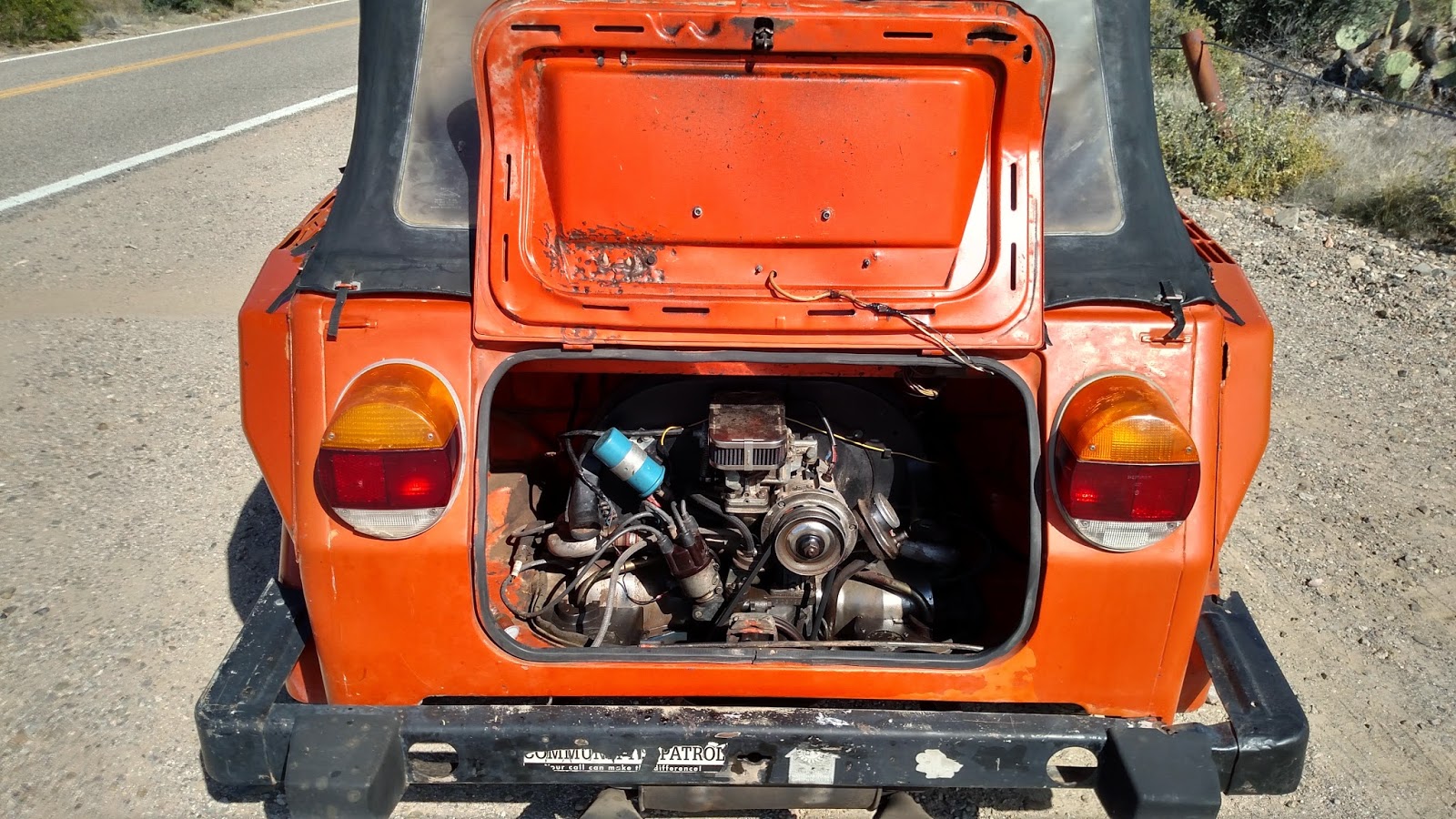 Powering the Thing is a rear mounted 1.6 liter flat-4 making
about 50 horsepower and 50 ft-lbs of torque and puts the power down via
its 4 speed manual transaxle.  Don’t expect to go anywhere quickly, but rest assured you will reach your destination.  Unlike modern VAG engines, VW’s aircooled flat-4 is legendary for basic ruggedness and easy roadside repairs. 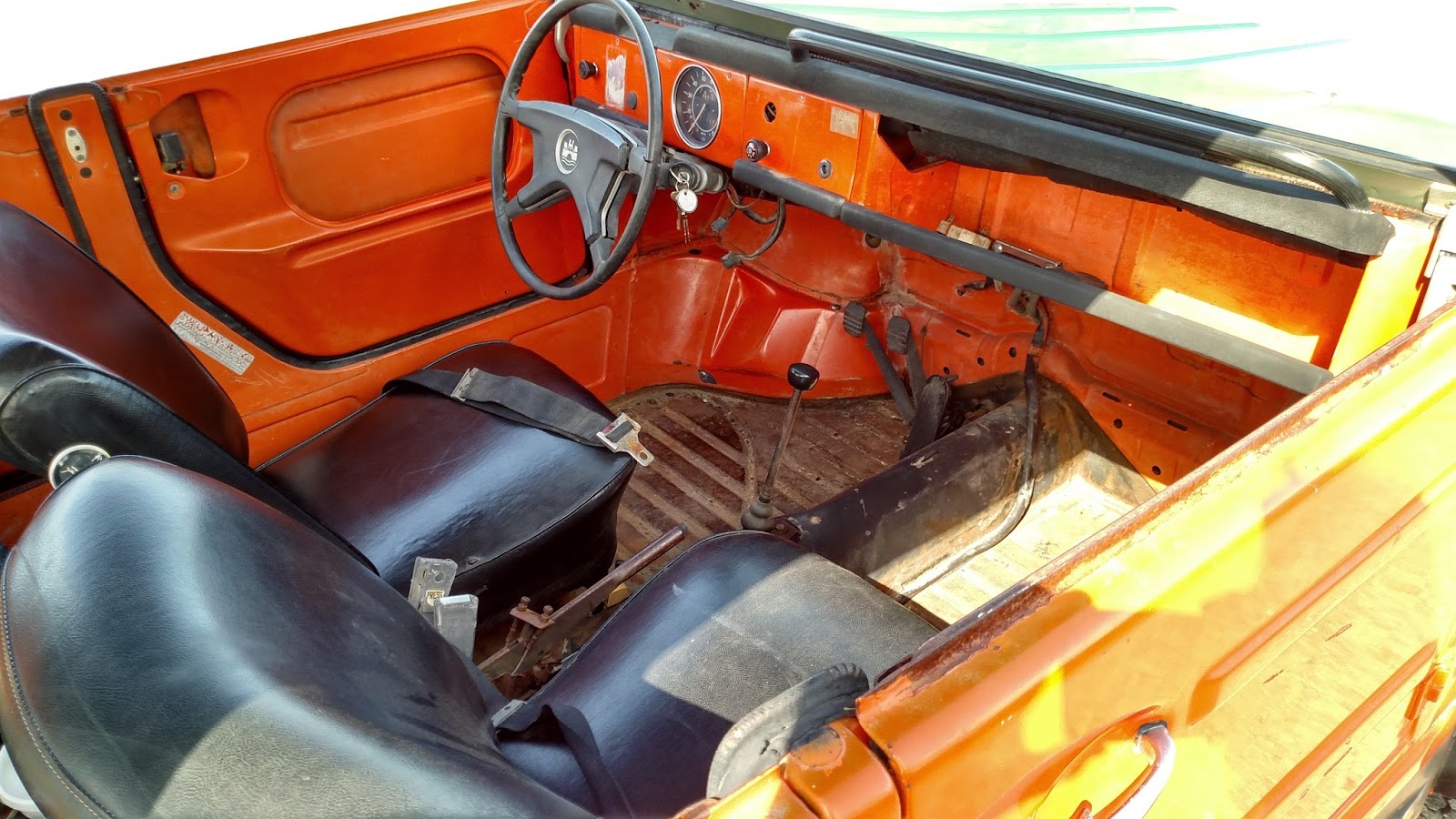 The Thing was engineered using all the best 20th century modernist architectural rules, particularly the axiom that “form follows function.”  Nothing was added to the Type 181 that wasn’t essential for military transportation in a war zone. 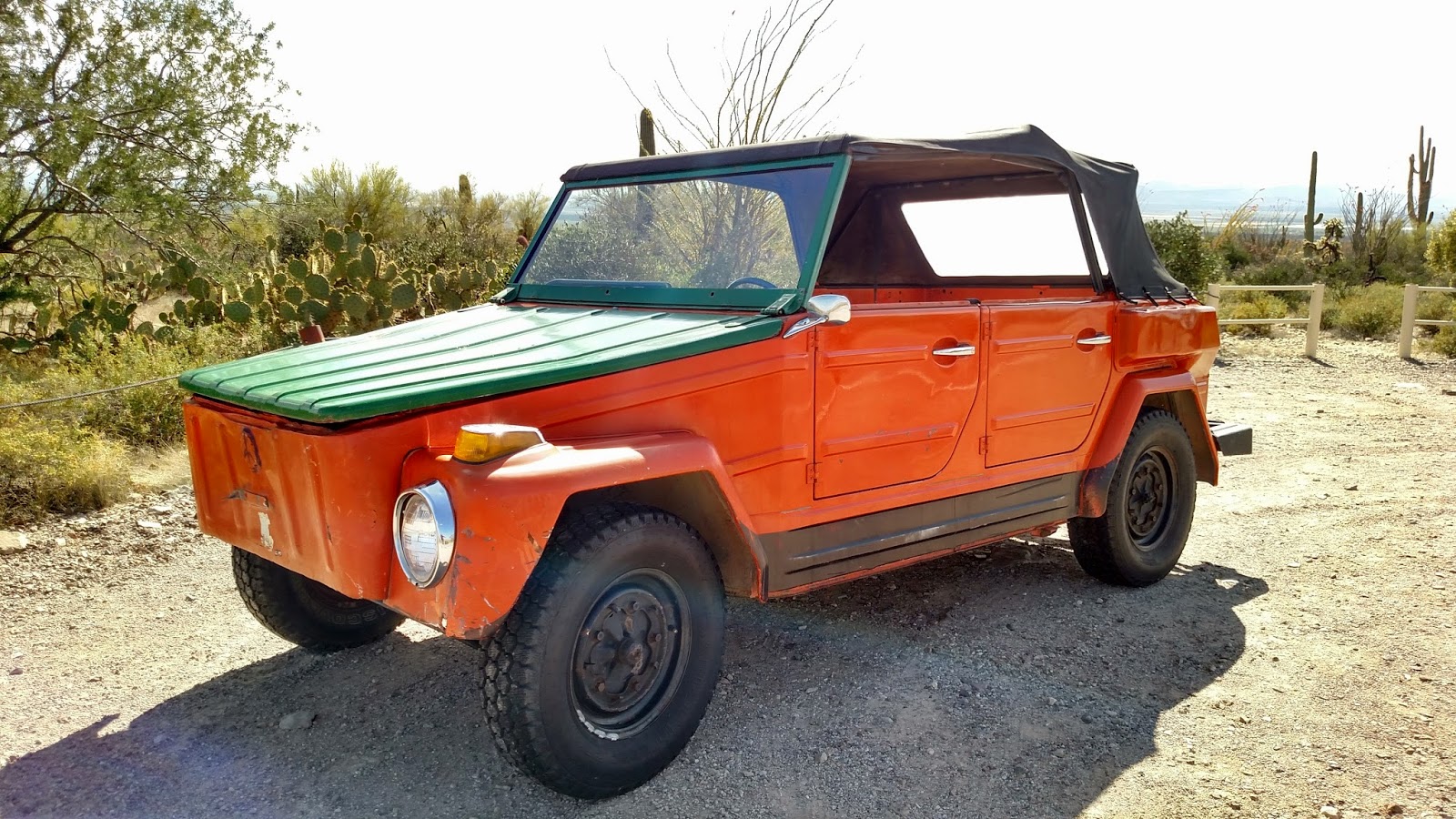 See a better example of form follows function that actually turned out pretty interesting from an aesthetic stand point? tips@dailyturismo.com