The Cadillac Cimarron is often accused of being many things — a badge engineering experiment gone wrong, the worst car ever built with an egg crate grill, and a festering pile of monkey feces, but you can’t lump it into the same boat as the typical Cadillac and accuse it of being a…well…boat.  That is because it was a compact car and while not particularly nice, it didn’t have the heft and girth of a typical Caddy…at least before you fuse an entire boat chassis on top of it.  Find this 1986 Cadillac Cimarron Custom Boat offered for $4,500 in Costa Mesa, CA via craigslist.  Tip from Mike N. 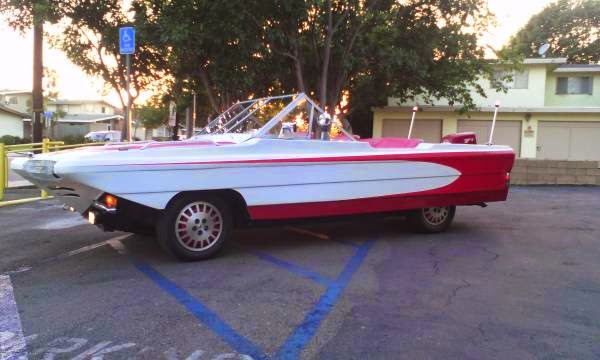 Wow, a boat car, let’s take this baby on the water and figure out what she’ll do.  Whoa, slow down there Marco Polo, this is a car with a boat body on it that will float about as well as the Top Gear BBC boy’s boats on their maiden trip, which is about as well as very small pebbles, churches, mud or great gravy.   A quick roundup of DT’s previous sinkers & floaters shows a group of vessels that are about as amphibious as a peacock. 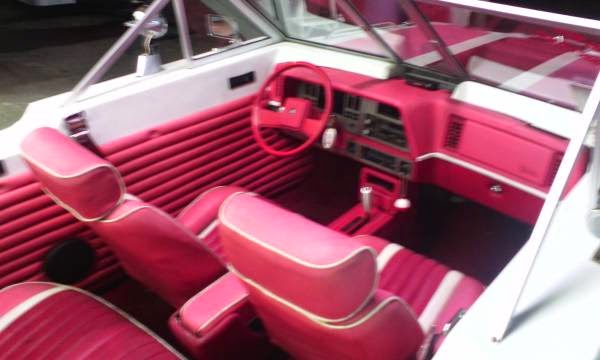 A glance at the interior shows that a surprising amount of time/effort went into making this thing into a functioning parade style car.    The seller says it was purchased to make a movie, but it looks like Fast & Furious 17 Venice Wake was renamed Fasturious and is now a western themed extension of the FF franchise, starring Ben Affleck as the ghost of John Wayne competing in amateur dirt track racing. It’s gonna be awesome. 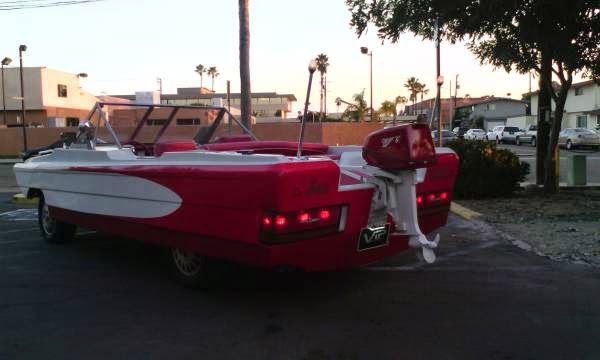 See a better use for a Cimarron chassis? tips@dailyturismo.com