The Triumph Spitfire had a long production lift, starting back in 1962 and then soldiering on with few changes
from its Mk1 release in 1962 to the slow and excruciating death in
sync with demise of the British auto manufacturing industry in 1980.  The Spitfire’s extended production life means that many are offered in various states of neglect, and this means that many appear with awesome engine swaps.  Find this 1976 Triumph Spitfire 12A Power offered for $4,000 in Upper Marlboro, MD via craigslist. 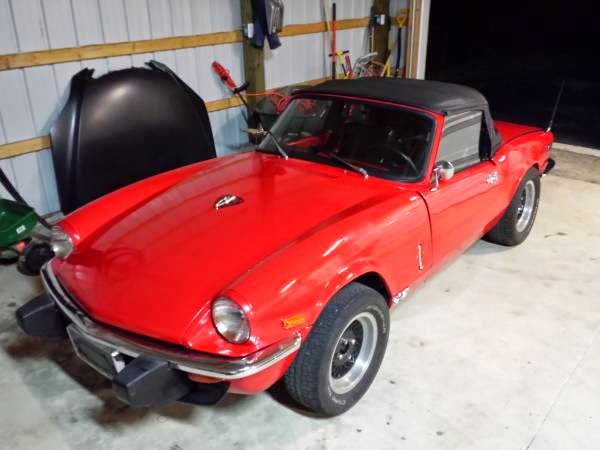 This ’76 Spitfire comes from the era of the pointy bumper fangs and even a clean example isn’t worth a bunch of money.  Who knows what condition this car was in before its rotary swap, but it doesn’t look bad in the provided pics. Under the forward hinged hood is a Mazda 12A rotary engine, displacing 1.1 liters, fed via a carburetor and rated at something around 100 horsepower.  It will be a nice match for the Spitfire’s 1500 lb curb weight. 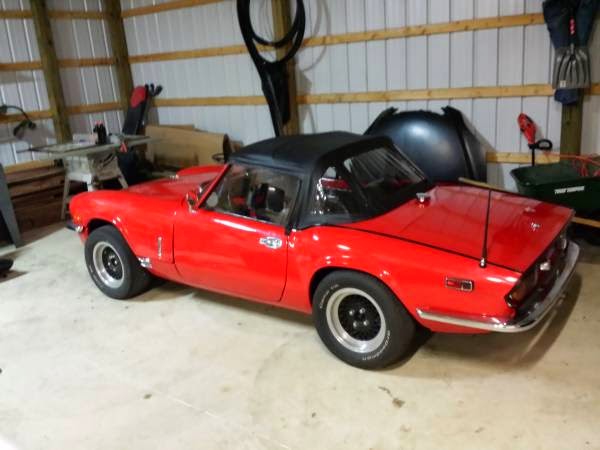