The Ranchero was Ford’s version of the El Camino, but by 1979 the “El Camino” market had cooled and Ford ended production of its car based pickup.  However, Ford did contract with Los Angeles based National Coach Corporation to build a few El Camino style vehicles from its Fox-platform Fairmont Futura.  Production figures aren’t certain but anywhere from 100 to 300 Durangos were built for 1981 and 1982 making it a rare Camino indeed.  Find this 1981 Ford Durango for sale in Englewood, CO for $6995.  Tip from Mike M. 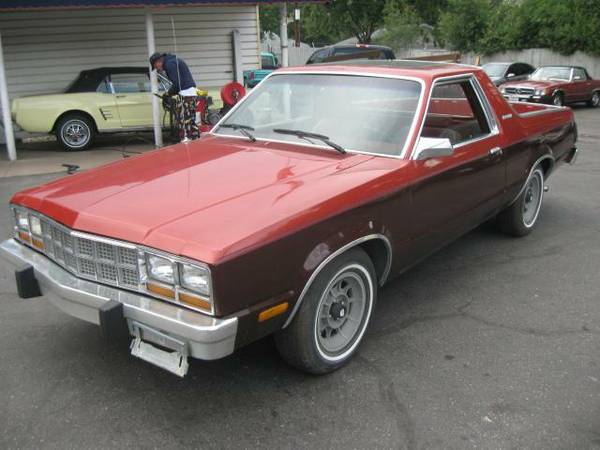 The Fox-platform was used to underpin millions of Ford, Lincoln, Mercury vehicles between 1978 and 1993 but if you want a pickup truck style Fox, the only way to get one is with the Durango.  Unfortunately, the only way the Durango came from the factory was with the 3.3 liter Thriftpower Inline-6, an ancient boat anchor of an engine that puts out 105 horsepower and 150 ft-lbs of torque on a good day.  Mated to a slushbox auto the performance will be leisurely, but at least it gives everyone else longer to admire the fine lines of your Durango. 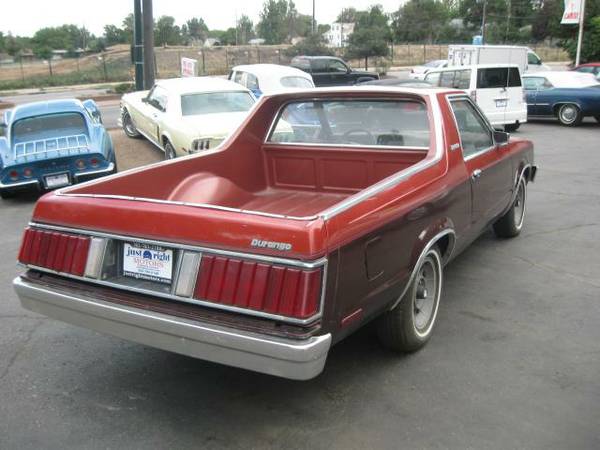