Some folks say that Pi day is overrated and they prefer to wait for Pi-approximation day (22-7), because they use European style month-date standard.  Well, to those pedantic Euro-centric party poopers we say; go pound sand, it’s 1:59 and I’m stuffing my face with pie.  Speaking of Pi, our roundup continues with this Pi-powered Mustang, which you might assume that a dozen clowns would come piling out of it at any time…but what if P.I. was short for Police Interceptor?  Find this 1996 Ford Mustang GT with PI engine offered for $3,000 in Cleveland, OH via craigslist. 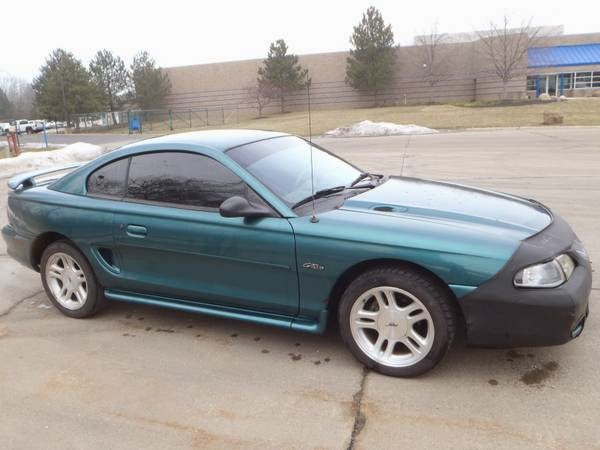 The SN-95 Mustang was a more rounded version of the early Fox body design.  In 1999 Ford introduced a new shape of the SN-95 that was called New Edge styling and was an attempt to add some squareness to the curvy SN-95 shape.  Well, as any Pi-savant will say, you simply cannot square the circle, that is to say you cannot create a geometric shape with the same area of a circle in a square shape using a compass and a straight edge.  In the same way that Pi is not a transendental number, Ford’s New Edge styling did not transcend the previous design and the SN-95 version will become a classic sooner. 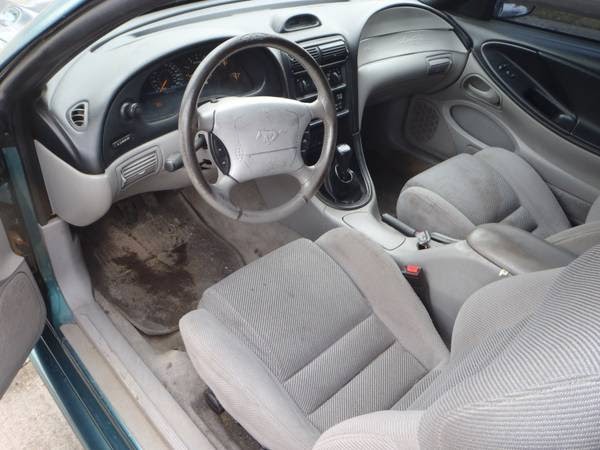 The PI in this car is a 4.6 liter Ford Modular V8 engine that puts out 240 horsepower and 282 ft-lbs of torque taken from a 2004 Crown Victoria Police Interceptor (P-71).  The Crown Victoria was never available with a manual transmission, so it will be nice to enjoy the P-71 engine with this 5-speed manual gearbox.  Unfortunately for this car, it looks like the owner was the loser of several pie fights inside this car – it needs some descuzzification pronto. See a Pi-car we missed?  Something related to Lemon meringue pie?  tips@dailyturismo.com