The NSU Prinz was a small rear-engined West German built city car, intially
powered by an inline-twin cylinder air cooled engine, something that was
better fit to power a motorcycle.  Production started in 1957 and ended when Volkswagen Auto Group acquired NSU and merged it into one
ring of the Audi group.  The Prinz was a unique car, but it conflicted
with the VW Type 1, Type 3 as well as Audi’s 50 series, so it was canceled in 1973.  Find this 1967 NSU Prinz 1000TT

currently bidding for $3,103 reserve-not-met on ebay with less than 24 hrs to go, located in Santa Clarita, CA. 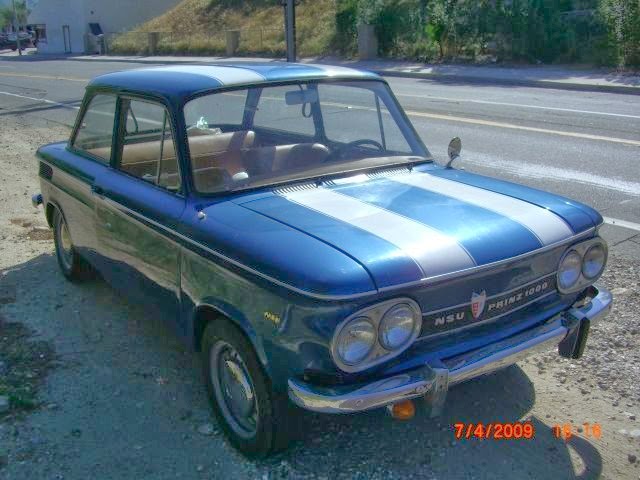 The seller of this NSU Prinz doesn’t seem to be entirely clear on what he is selling, in fact he simply lists the car as an NSU Prinz and someone else on ebay mentions that it is a 1000TT in the question section. 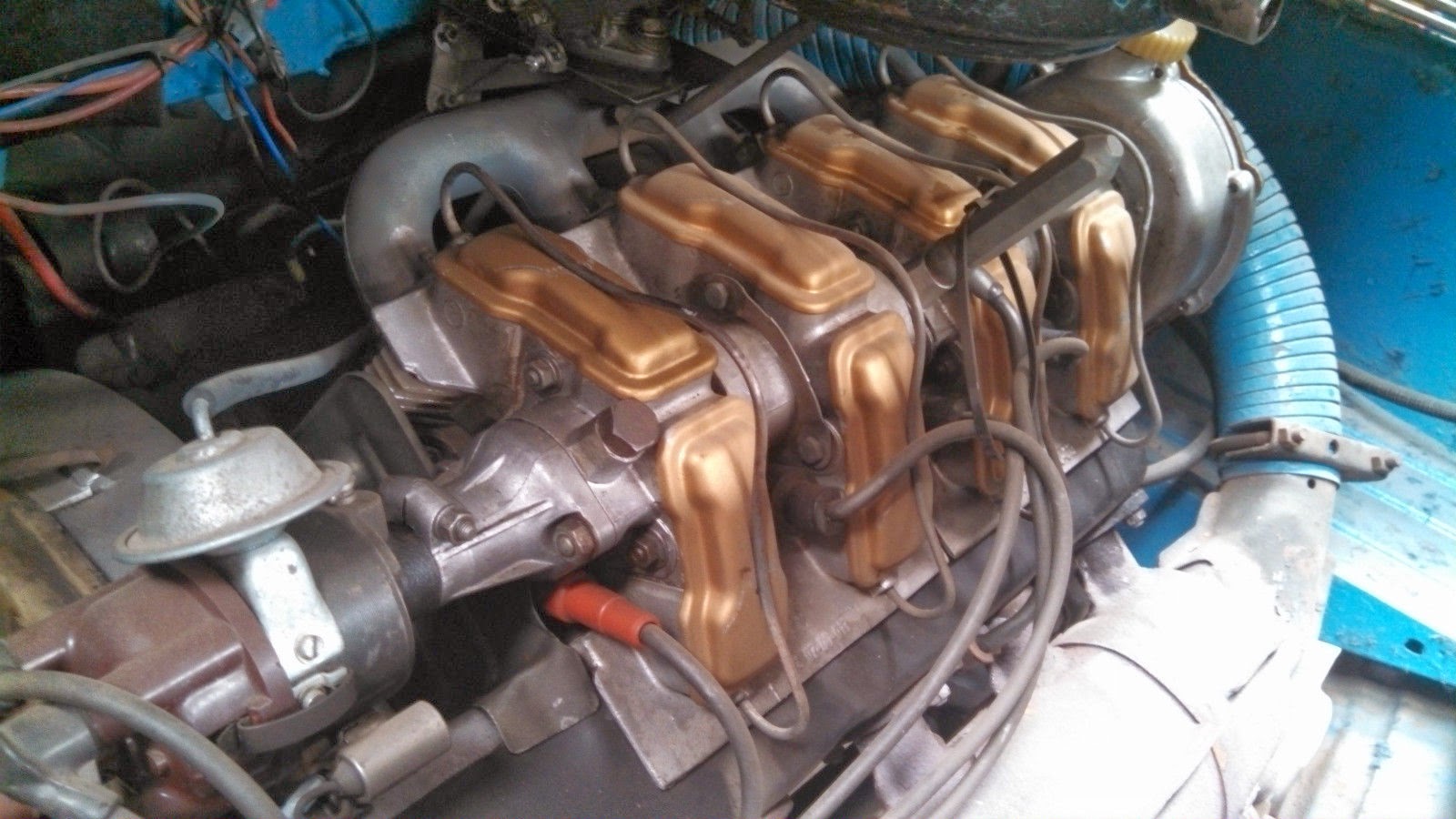 The 1000TT is powered by a 1.0 liter inline-4 that is aircooled and puts out 55 horsepower.  The funky looking setup in the photos is an overhead cam with individual gold painted rocker covers instead of typical large valve covers you see on most cars.

The interior looks mostly complete, but could use some freshening up. 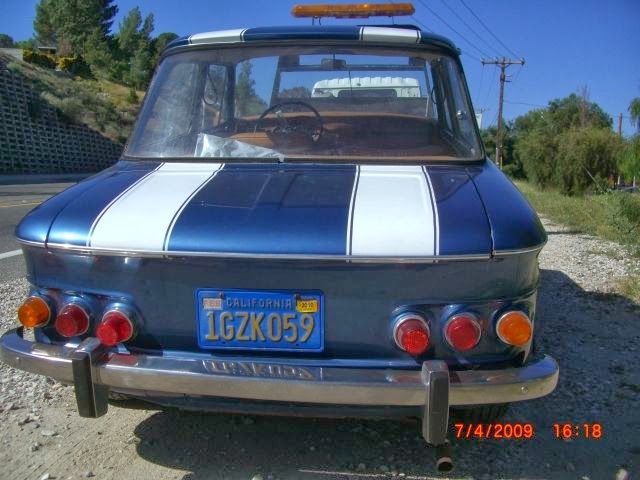 1981 issue California  blue plates means the car has bee in a rust-free zone for some of its life, but as always check typical rust areas carefully.  See a better rear-engine aircooled classic?  tips@dailyturismo.com