The Renault 4CV (quatre chevaux) was a small rear-engined economy car designed as a French equivalent to the VW Beetle and sold around the world from 1947-1961.  Emerging from the ravages of the second world war, Renault presented the 4CV at the 1946 Paris Auto Show.  The car was promptly nicknamed la motte de beurre (the lump of butter) for a combination of its shape and the sand colored paint used in the first cars that was allegedly surplus paint from Rommel’s Afrika Korps. Find this 1956 Renault 4CV offered for $3,500 in Anaconda, MT via craigslist. Tip from AbnMike. 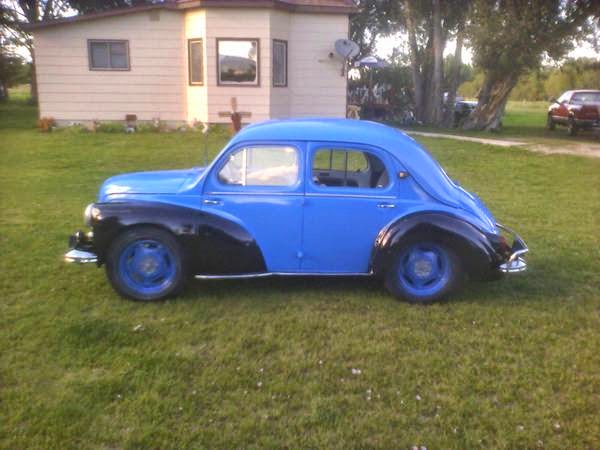 The 4CV was originally named for its 4 tax-horsepower engine rating, not brake hp, but a calculation based on engine size alone.  This particular example looks like it is wearing a VW rear bumper and VW tail lights, which seems strange.  The paint scheme makes it look even more Beetle-esq, and the wheels, although stock looking, need hub caps. 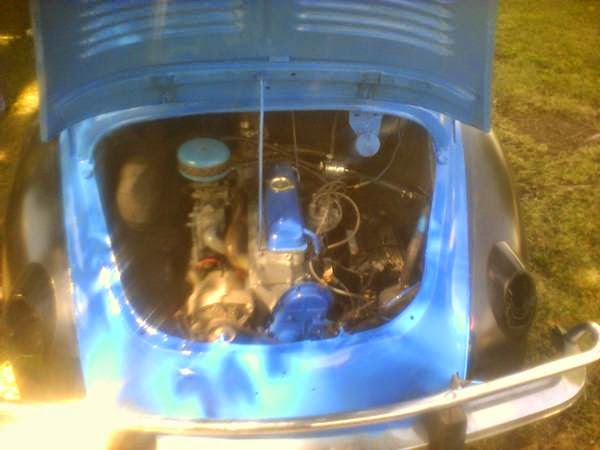 The 747 cc inline-4 cylinder engine in the back was rated at 17 horsepower when new and mated to a 3-speed manual gearbox.  Fuel goes under the hood on the right side just above the battery (you can see the fuel filter below it) and the radiator gets fill below the back window (radiator is below it.  Hard to tell from the blurry pics, but this one looks like it might have an updated alternator. 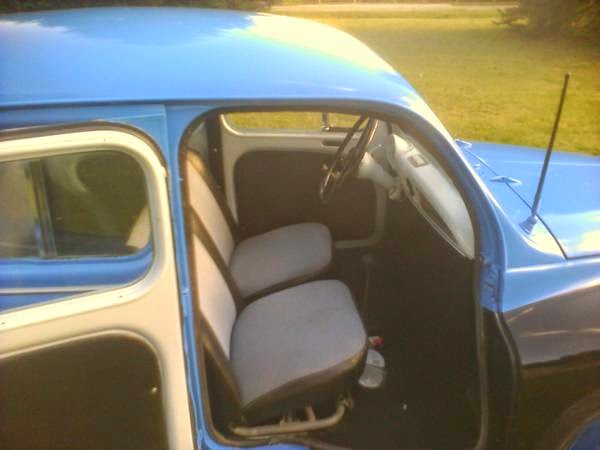 The interior is spartan, what you would expect from a 50s economy car, and this one looks okay, except that it appears to be missing some stuff (horn center) radio, some exterior chrome bits. 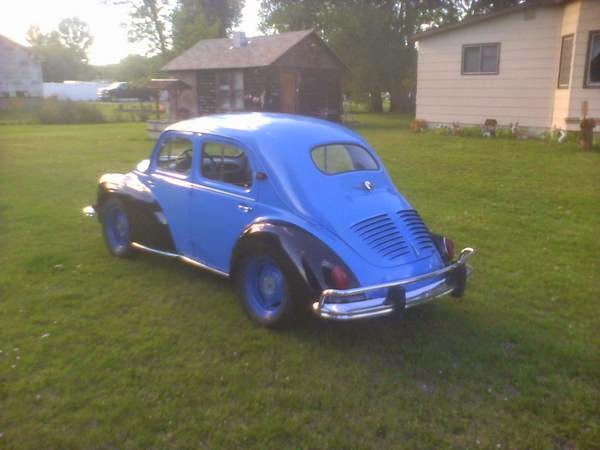 See a cheaper way to get into a vintage Beetle competitor? tips@dailyturismo.com