This is the first generation Honda Civic, below, resplendent in root beer brown. This is the 9th generation, for sale now at your local friendly Honda dealer. See the resemblance? No. Neither do I. The truth is that the original Civic has more in common with the original Issigonis Mini and the eensy-weensy Honda 600 predecessor than it does with the current car that weighs 75% more (best case scenario) and is a whole 3 feet longer (coupe vs. hatchback). Not to say the current Civic is bad, but if you want to experience the nimble little hatch that made the name famous, look closer towards the 1st gen. Find this 1976 Honda Civic CVCC for sale in Cincinnati, OH for $3400 via craigslist. Tip from Fueltruck. 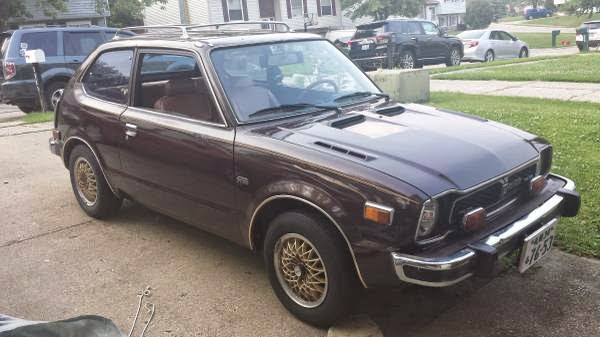 The Ur-Civic has been previously covered on these pages, when Chief Honcho Vince deftly explained the CVCC’s technical subtleties. If you don’t have a mechanical engineering degree, the takeaway is that Honda had a novel idea for keeping their engine cheap yet fuel efficient while meeting stricter new emissions standards without the need for a catalytic converter – and it was christened Compound Vortex Controlled Combustion. 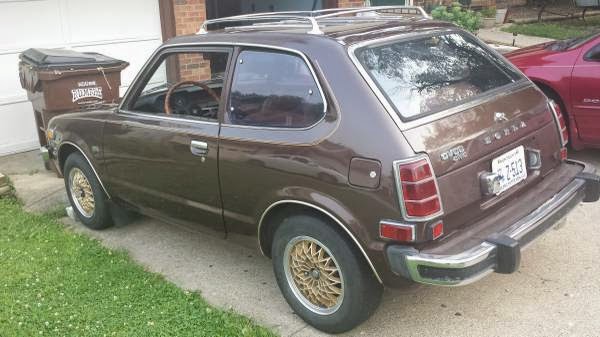 Using the actual engineering acronym for the technology as the name of the upper trim level isn’t as common today, but Volkswagen still does it (e.g. TDI for Turbocharged Direct Injection) – can you think of other examples? Instead of making up some meaningless code (LX, DX, MxPx, etc) Honda’s alphabet soup actually stood for something in the ’70s. The car for sale in Ohio is allegedly a recent California transplant, which would explain how it managed to survive well into its 38th year in (mostly) one piece. The basket weave wheels aren’t original but match the aesthetic nicely, as does the chrome roof rack. This looks like a fun car to drive despite the obvious dork factor. 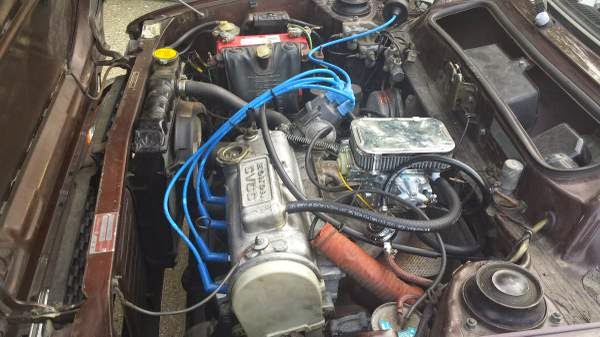 There’s the mighty 60 hp powerhouse, the 1.5 liter CVCC inline four. Part of Honda’s genius in keeping this a low-cost but high tech engine was keeping the carburetor; however, this car looks to have a Weber or similar aftermarket conversion installed. I have to ask myself if the CVCC system would still work with a different carburetor; hopefully this one has just been rebuilt and is wearing a non-stock air filter. If it’s a generic Weber we might have a clue to why it “smokes out the muffler” and the seller is “sad to let it go without even getting it running right.” Budget a few weekends of head scratching and calls to your local Honda historian. 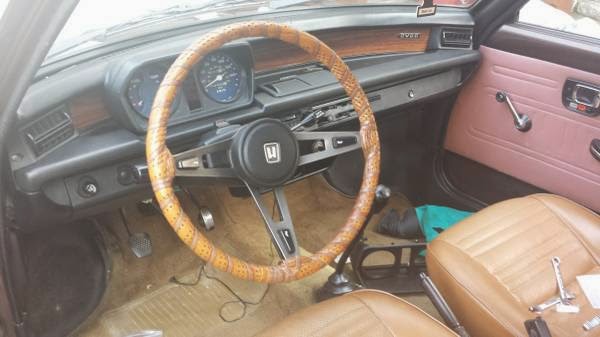 The interior of this car is partially disassembled as expected for a semi-project vehicle. The seats don’t match the door cards but otherwise it looks remarkably complete and decent. I really like the curved wooden panel and the fact that the twin-gauge instrument binnacle is a separate pod that seems to be perched on a shelf – makes sense when you consider Honda’s motorcycle roots. The 4-speed manual trans will make driving this 60 hp, 1500 lb car akin to the experience in a ’60s Beetle, which is to say that it will be mechanically raw and engaging while simultaneously making you appreciate every other car you’ve ever driven. Sounds like fun to me.

See a better take on the FWD hatch formula? email us here: tips@dailyturismo.com