The W124 Mercedes-Benz chassis was the first Benz given the official E-Class nomenclature and one of the finest examples of German engineering & build quality you can find.  These cars are nearing 20 years old, but still feel/drive/look modern, something you wouldn’t say of most early ’90s American or Japanese luxury cars.  Most (all?) destined for North America came equipped with slushbox automatics, so it is nice to see one with a 5-speed gearbox swap already done.  Find this 1995 Mercedes-Benz E320 Convertible W124 for sale in Hampton, VA for $5,100 via ebay. 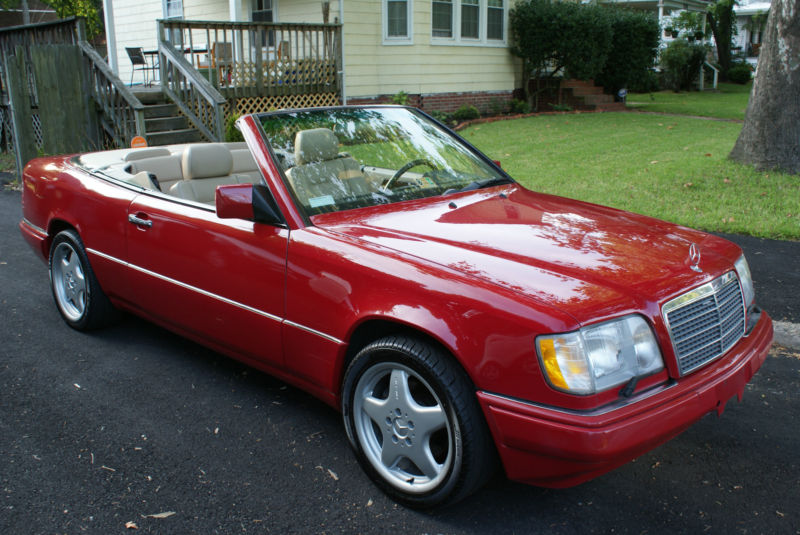 The basic W124 sedan is a boring looking car, but removing two doors and chopping the top adds considerable drama to the scene.  It doesn’t have the menacing presence of an R129 SL, but somehow the overall package just looks right but almost boring in the sense that its silhouette looks like what you would draw for a generic convertible. 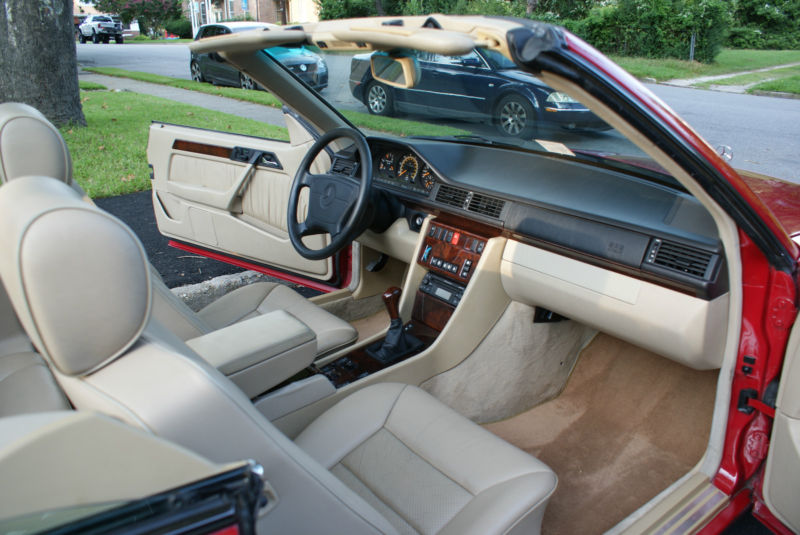 A peek inside this one shows seats in great shape, no rips in the dash, no sun fading and…most importantly…a manual gear knob standing majestically between the seats like a meerkat at dawn.  Don’t get into this thing expecting AMG performance as its 3.2 liter M104 inline-6 puts out only 217 horsepower, but it should be enough with the 5-speed to keep up with any BMW 525i/528i from the mid ’90s. 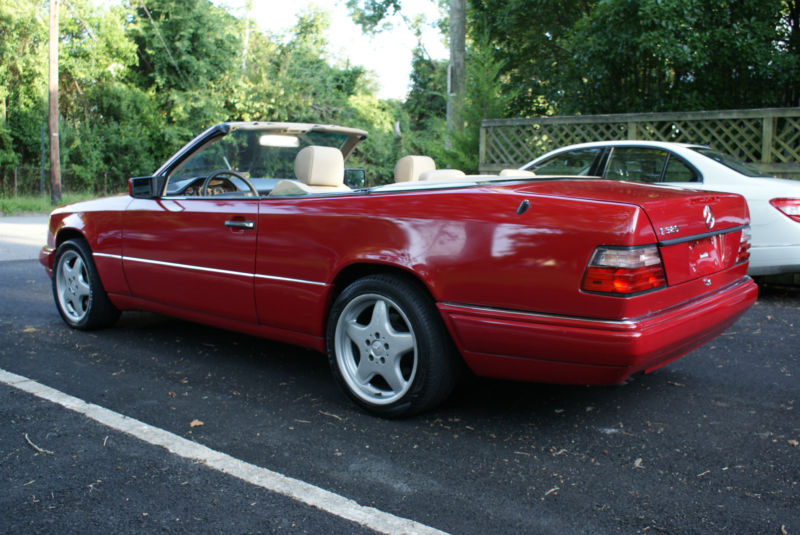