The Morris Minor was an economy car that was sold in huge quantities (over 1.2 million) from 1948 to 1972 built by Morris Motors Limited in the UK.  It would be easy to mistake the Minor for an Austin Mini imitator (family sedan built in large quantities, many variants available, old styling lasting for decades), but the Minor is much larger and used a front-engine rear drive setup instead of the Mini’s front-front.  Today’s Minor Traveller (wood framed station wagon) could easily be mistaken for another old slowmobile, but it has some major improvements under the hood.  Find this 1969 Morris Minor Traveller Woody Wagon with Lancia power offered for $6,995 in Minneapolis, MN via craiglist. 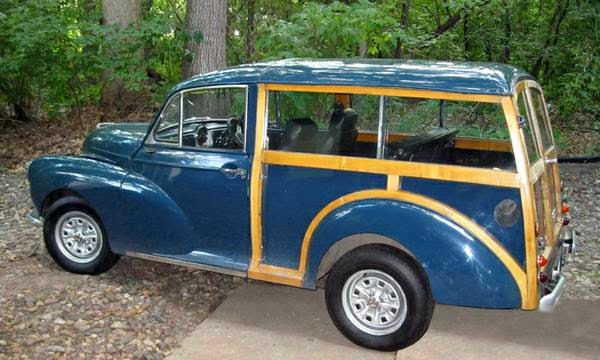 The Minor Traveller was a wood framed estate version of the Minor that used exposed and lacquered ash as frame – no sense in hiding something as cool as structural wood in your car.  Originally this Minor would have been powered by a 1.0 liter version of the BMC A-series engine, probably wheezing out 48 horsepower and 60 ft-lbs of torque.  Gone is the old British queen and in her place is a red-headed Italian beauty, a twin-cam Lancia inline-4 that is covered in cleverly rebadged Morris valve covers.  Truth be told, this author doesn’t know which Lancia this engine was donated from, because most inline-4 equipped Lancias used Fiat twin-cam engines, and while the pictures show a front timing cover and coolant hoses that look similar, the distributor mounted up front is opposite from typical Fiat 124 engine setups. 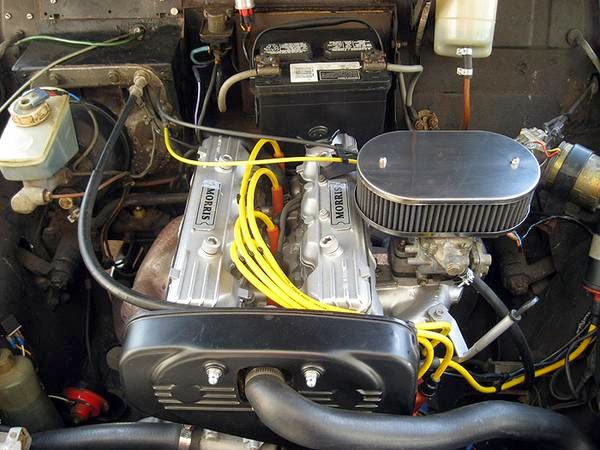 Upon further investigation it looks like some of the later Lancia Beta front-drive transverse setups that use the Fiat twin-cam engine did have the distributor in that location.  Perhaps an expert can clarify the issue in the comments…but what we do know is that the 2.0 liter Italian engine is good for around 120 horsepower and mated to a 5-speed Fiat gearbox.  Unexpected features like power disc brakes, upgraded suspension, anti-sway bars, are a welcome addition and the cost to build this car would easily be two to three times the current asking price.  We’ve said it before…but the best money spent on any car is the previous owner’s.