The fifth generation Honda Prelude was available in the US market with a 2.0 liter VTEC equipped inline-4 from 1996-2000.  Most have been turned into “street race cars,” lowered to the ground and covered in mismatched body panels, so finding a stock example is indeed a treat.  Find this 1999 Honda Prelude Type SH for sale in Napa, CA for $6,200 via craigslist.  Tip from Kaibeezy. 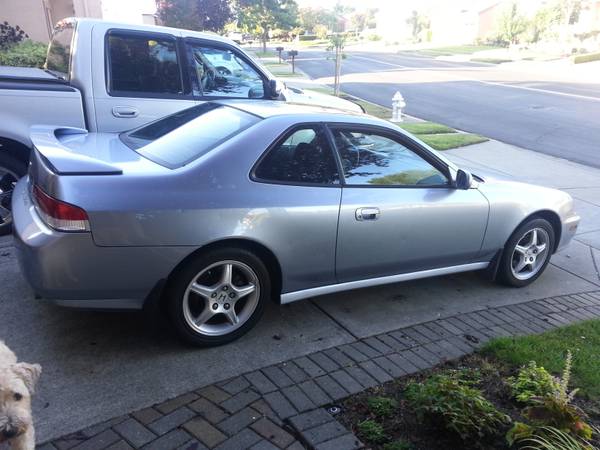 The Prelude was the closest thing you could buy to a Japanese pony car in 1999 – in fact, the 4th generation 1994 VTEC Prelude was just about as quick to 60mph as a 1994 GT Mustang in spite of its front-drive setup.  By 1999 the GT Mustang had found some extra power, but the Prelude was still comparable in slalom times and was cost competitive, plus it offered unmatched reliability and fuel economy. 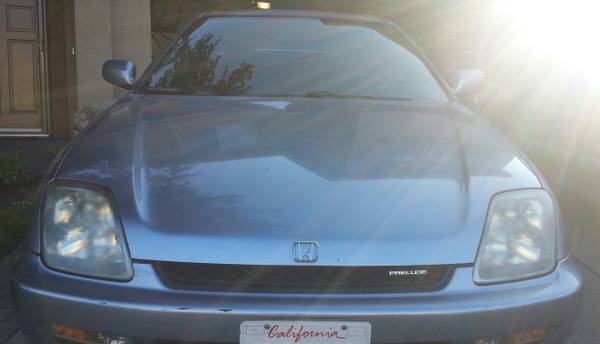 The angular styled 5th generation Prelude was only available with the 195 horsepower 2.2 liter H22A4 inline-4, but the SH version added a fancier suspension setup and a type SH sticker on the back. 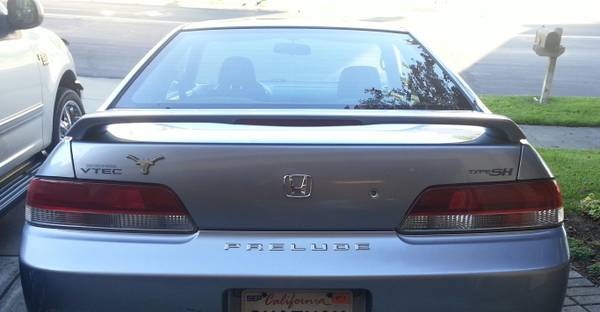