The Plymouth Sapporo was a rebadged version of the Mitsubishi Galant Lambda and exported in small quantities to the US Market to compete with base model Mustangs, Celicas & Camaros.  Mitsubishi’s pony car didn’t last past the 1983 model year and was replaced by the DSM (diamond star motors) front-drive based coupes.  Find this 1982 Plymouth Sapporo with 5spd transmission for sale in Philadelphia, PA for $2,500 via craigslist. 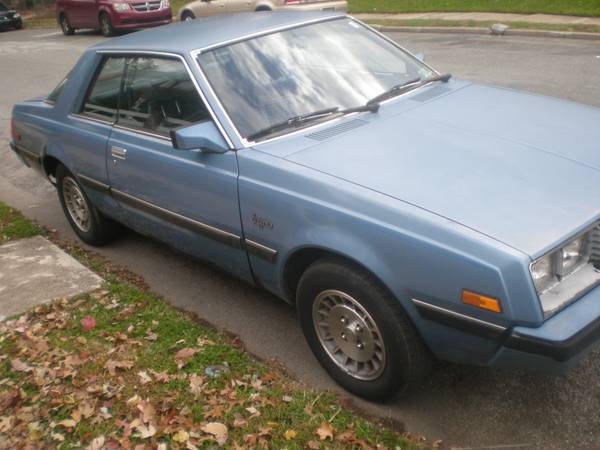 The Sapporo is powered by the Mitsu Astron 4G54 engine, a 2.6 liter inline-4 cylinder SOHC mill that put out 131 horsepower when new.  Performance from the 2600 lb Sapporo isn’t be fantastic, but you won’t need to drown your sorrow in too much Sapporo Lager because just about everything from 1982 was similarly slow.

Since the seller of this Sapporo only provided a single photograph of his car, we found this vintage Chrysler advertisement.  Kampai!  Drink up!