We could spend all day arguing the best way to get into an ///M badged car, but lets talk for a minute about instagram.  It isn’t (as I had previously assumed) a powered form of graham cracker –not quite.  Instagram is a 13 person company worth a billion dollars (as of 2012) that is a platform for sharing photos that you have taken on your phone.  The process involves adding a number of style filters, the most common seems to be a vintage looking color filter that makes your otherwise crisp picture look like total crap. This is why I’m always telling people that web 2.0 needs to be banned.  Back in the day, to make a web page you needed to write your own HTML, navigate the treacherous world of telnet/FTP and generally be a pseudo hacker badass to create decent content.  Web 2.0 style sites, on the other hand, allow all sorts of no talent ass clowns the ability to post stuff and ruined the cluttered and clean look of mostly text webspaces (a few animated Beavis and Butthead gifs was okay).  Why does this E34 M5 look like it belongs in the 1960s?  Because instagram, that is why.  The car is a great deal, but the pictures make me want to drink bleach.  Find this 1991 BMW M5 E34 offered for $4,500 in Phoenix, AZ via craigslist. Tip from Fueltruck. 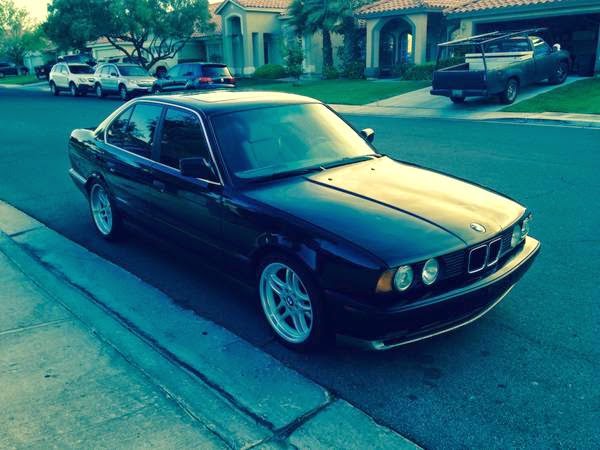 When this M5 was new, you’d probably never heard of the web.  Likely the closest you’d ever come to a web-like experience was waiting 3 days to down 44 disks of some horribly unplayable pirated game from a BBS called Ne[]nCat or fReAkz@ne.  Good times.  I knew a dude who could mimic that modem connection handshake sound to the point that other computers would start to send him data — pssssssssssssssssshhhhhhhhhkkkkkkkkkkkkwwwwwwwwwwrrrrrrrweeeeEeeeeEEeee. 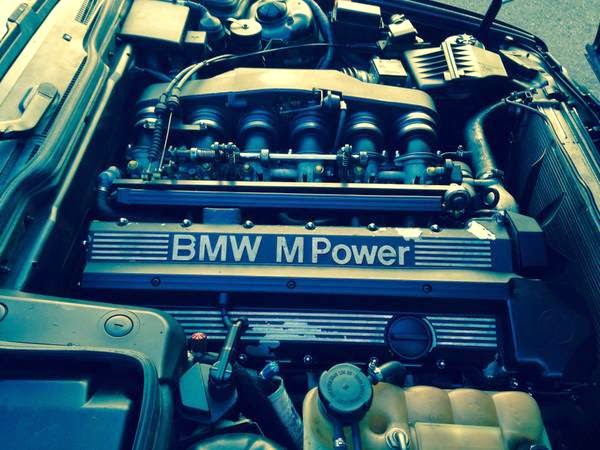 The sound you heard over the speakerphone was the digital data being sent over the analog phone line, and that analog world meets digital technology couldn’t be more perfect an analogy for the E34 M5.  The throttle pedal has a stiff feedback of the old world with six individual throttle bodies that feed air into the engine, but fuel injection is strictly a digital affair controlled by a Bosch Motronic computer.  A mechanical distributor was still available in 1991, but timing soon became a digital affair when it changed to coil on plug in 1992.  The 310 horsepower and 266 ft-lbs of torque from the 3.6 liter S38B36 inline-6 has a very old school feel at a boil, but a nice and easy modern feel around town. 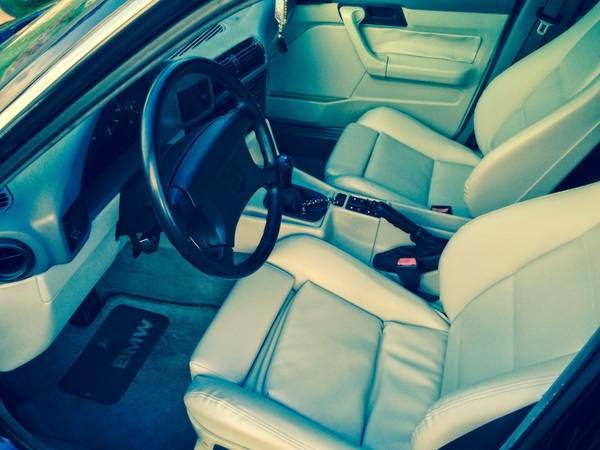 The interior also combines a new-meets-old feel, with lots of complex electro-mechanical devices that add a million lbs to curb weight and require regular fiddling…like the seat motors. 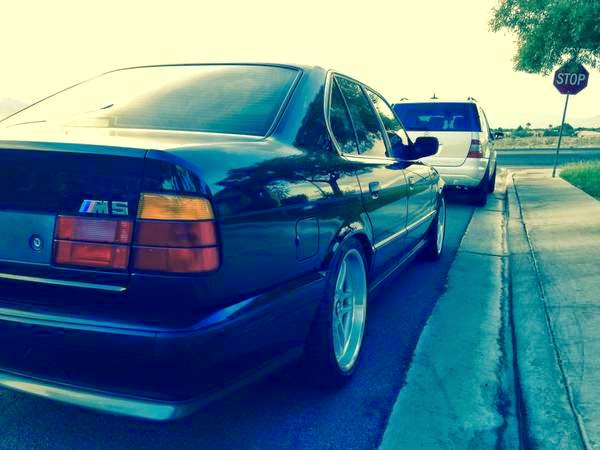 See another blast from the early 90s? Someone has to put an end to these image filters.  tips@dailyturismo.com