There isn’t a driver alive who doesn’t get nervous when he sees the unmistakable form of a Crown Vic in the rear view mirror (at least in the US anyways).  Maybe he can see the police issue spot lights or notice that the chrome trim is all blacked out, but he will instinctively lift the throttle, bleed off a few mph of speed and merge out of the way with careful blinker use (even BMW drivers figure out what that stalk is for when the five-oh is behind them).  So what happens to all those Crown Vics when they’ve cruised for 100k miles levying taxes to fund government excess…they get sold at auction and average folks get the chance to feel like a Missouri Turnpike Moses.  Find this 2004 Ford Crown Victoria P71 Interceptor CNG powered in Gilbert, AZ curently bidding on ebay for $6400 with a few hours to go. 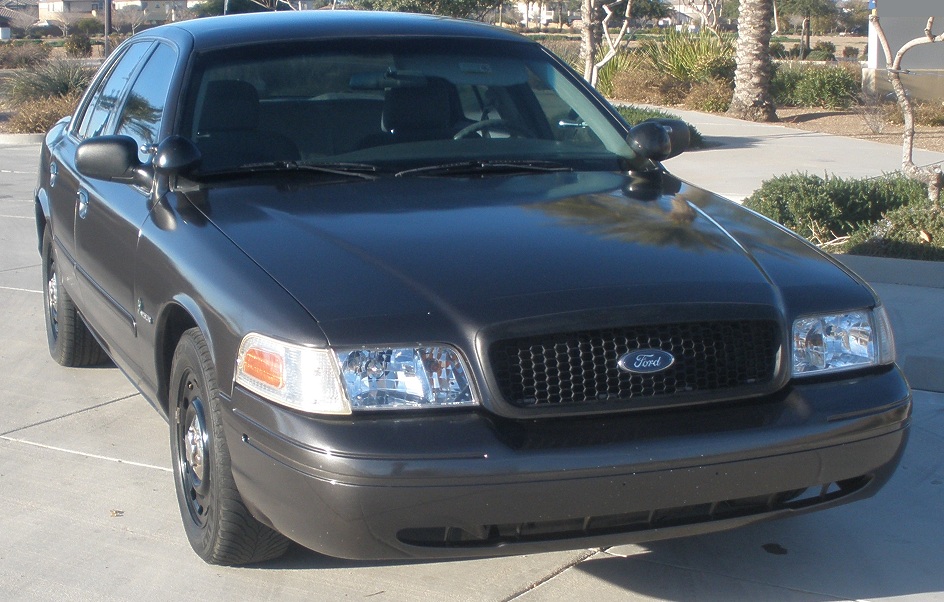 The P71 package on the Crown Victoria gives the car a meaner look – it replaces all of the chrome trim with black painted pieces, a blacked out grille and all sorts of ‘cop’ specific underhood parts. 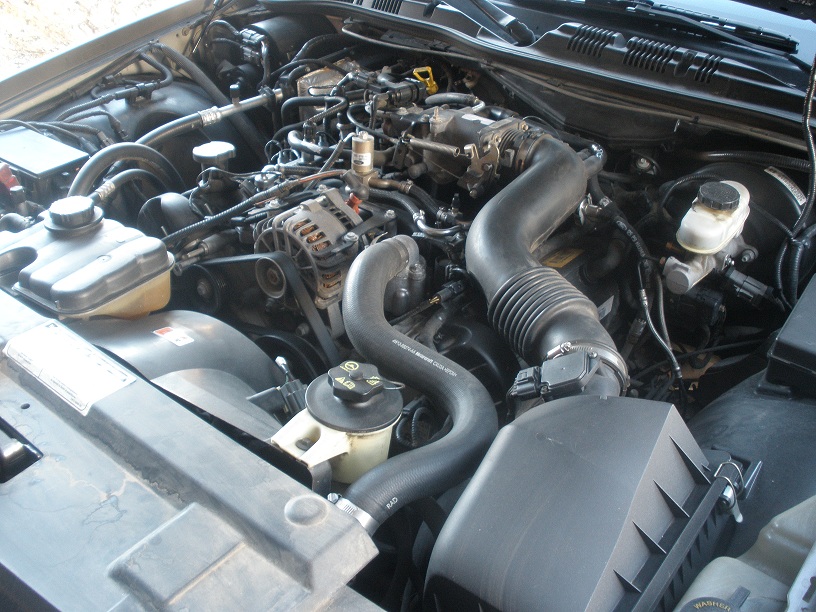 This P71 is powered by a CNG (compressed natuarl gas) version of the 4.6 liter single-overhead-cam Ford Modular V8.  The CNG version isn’t as powerful as the gasoline version due to the reduced air flow and emissions tuning – it only makes 175 horsepower to the gasoline engine’s 250 hp. 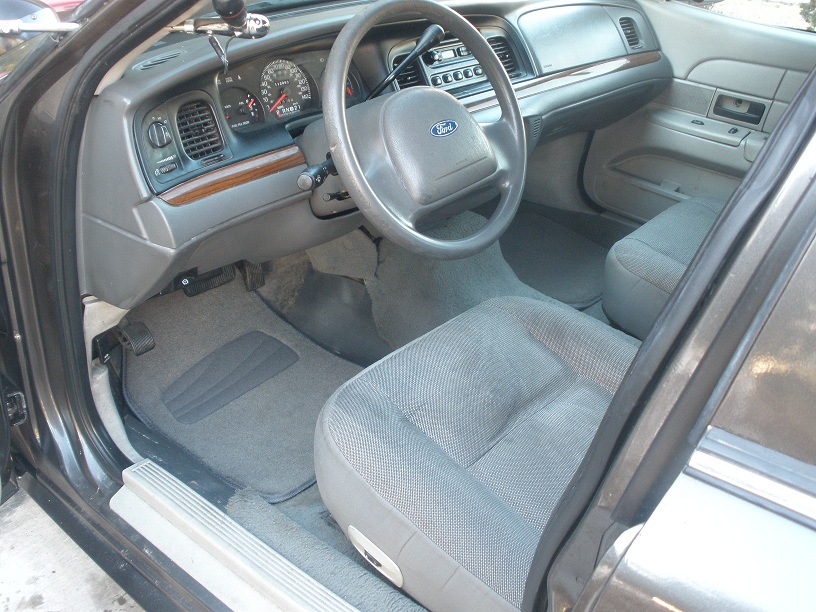 The inside of the Crown Vic is a very basic place to be, but with any luck this car was a detective’s car and is free of the blood/vomit/urine that pollute the back of a typical squad car. 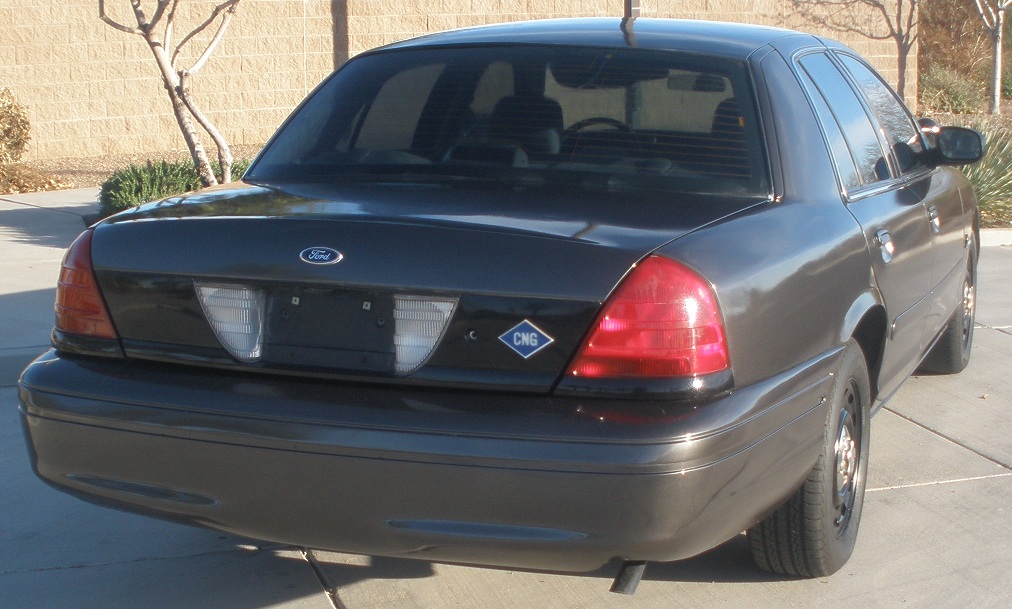 This CNG conversion has had a number of additional CNG tanks added, so it doesn’t have the typical range issues that gaseous fueled vehicles suffer from, and can go 300 miles between fill ups.  CNG is very affordable compared to gasoline with prices in LA around $2.90 per gge (gallon gasoline equivalent or 5.56 lbs of methane) and as an added bonus the CNG powered cars are able to drive in the California car pool lanes with a white sticker. 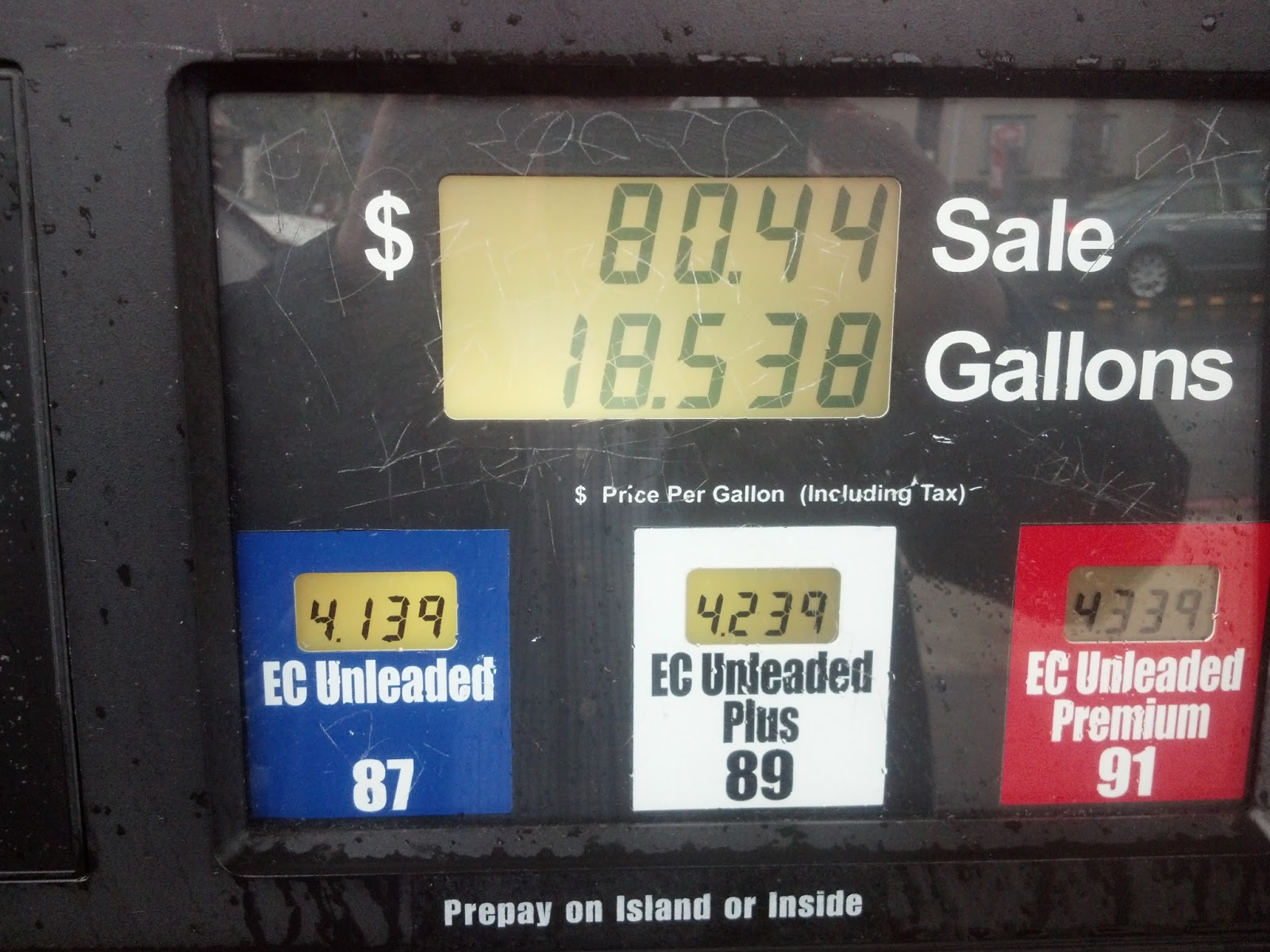 Here are two pics comparison; first the price of CNG in gge around Oklahoma City and then the cost to refill a tank of gasoline in the San Diego area. You do the math.