Custom built cars tend to be awesome or horrible, not much middle ground.  And when we say custom, we aren’t talking about kit-cars; we are talking about honest real built-from-scratch madness.  Potentially cool in form and function, customs will always be unreliable and unsafe, but only because a production car has had millions of dollars and tens of thousands of engineering man hours behind its parts and assemblies.  This 1966 Formula Vee look-a-like with VW powerplant is for sale in Alpine, CA for $4,950 starting bid or $5,250 buy-it-now, via ebay. 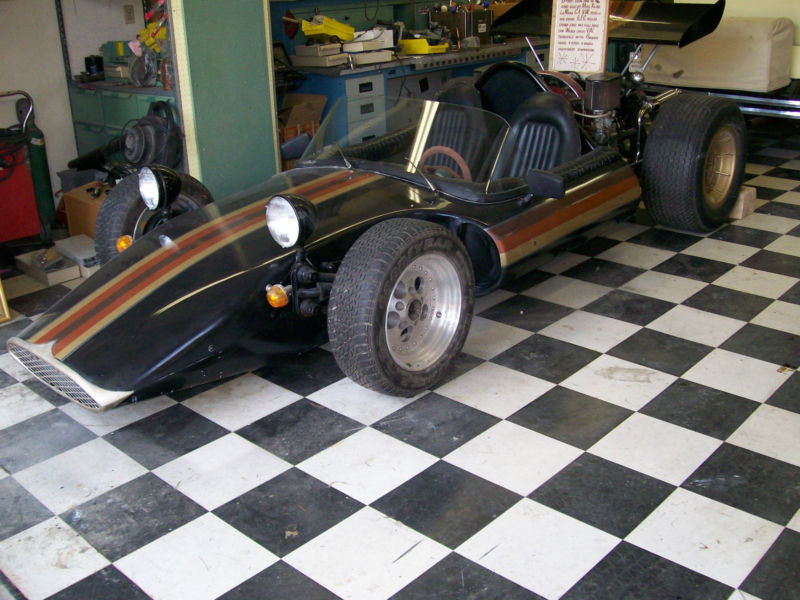 This custom was last driven in the early 1990s according to the seller, but it is not clear how much work will be needed to get it back into driver condition.  It carries a Specialty Construction title and a Department Registry File vin number of  DRF103409 – so someone with more understanding of the California DMV DRF procedure could figure out what year it was originally issued a title. 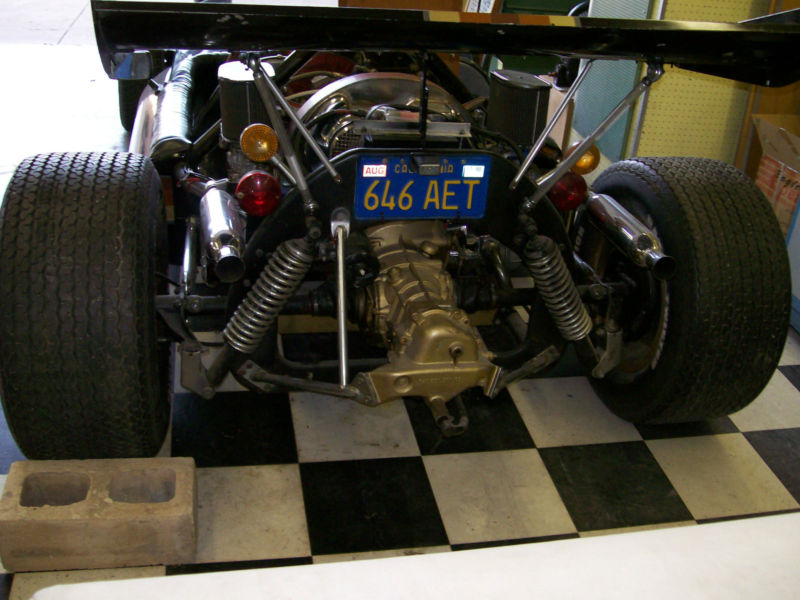 Most VW based kit/customs are rear engine, but this one is setup like a Porsche 914 – with the engine in the middle.  The license plate was issued in 1975 or 76, so it is safe to assume that some part of this vehicle was created in the mid 1970s. 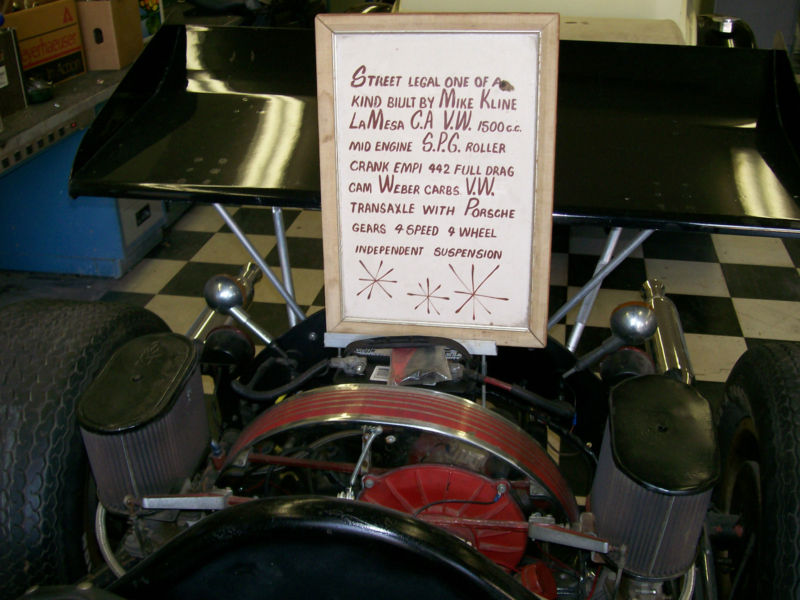 A hand-drawn sign attached to the car describes it as being built by a Mike Kline is La Mesa CA and looks to be a few years old.  This car is an oddity but certainly peaks piques our interest at its $5k asking price.

See another custom for cheap?  email us here:  tips@dailyturismo.com