The Suzuki Samurai was a surprisingly competent small 4X4 SUV from Japan with a propensity for rolling over, so much so that later models had a warning notice about tippy-ness to potential drivers on the sun visor. The Samurai was powered by a tiny underpowered 4-cylinder engine, but over the years quite a few of them have gotten transformed into V8 powered monsters.  Find this 1986 Suzuki Samurai V8 Chevy powered

for sale in Marshalltown, IA currently bidding for $2,050 reserve-not-met with a few hours to go. 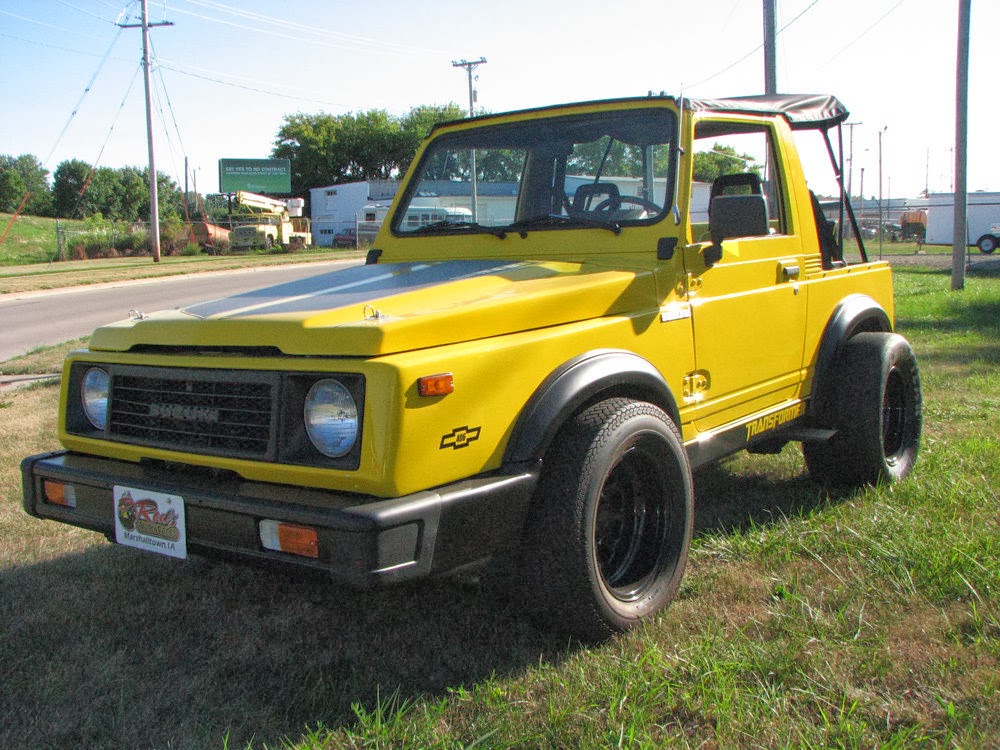 This Samurai is painted yellow/black as a tribute to the Autobot named Bumblebee in the Transformers universe…but if this was a real Autobot, we’d all be Decepticon slaves by now!  The comic book and movie Bumblebee has been a Chevrolet Camaro; this Suzuki Bumblebee will raise some eyebrows at your local comic con. 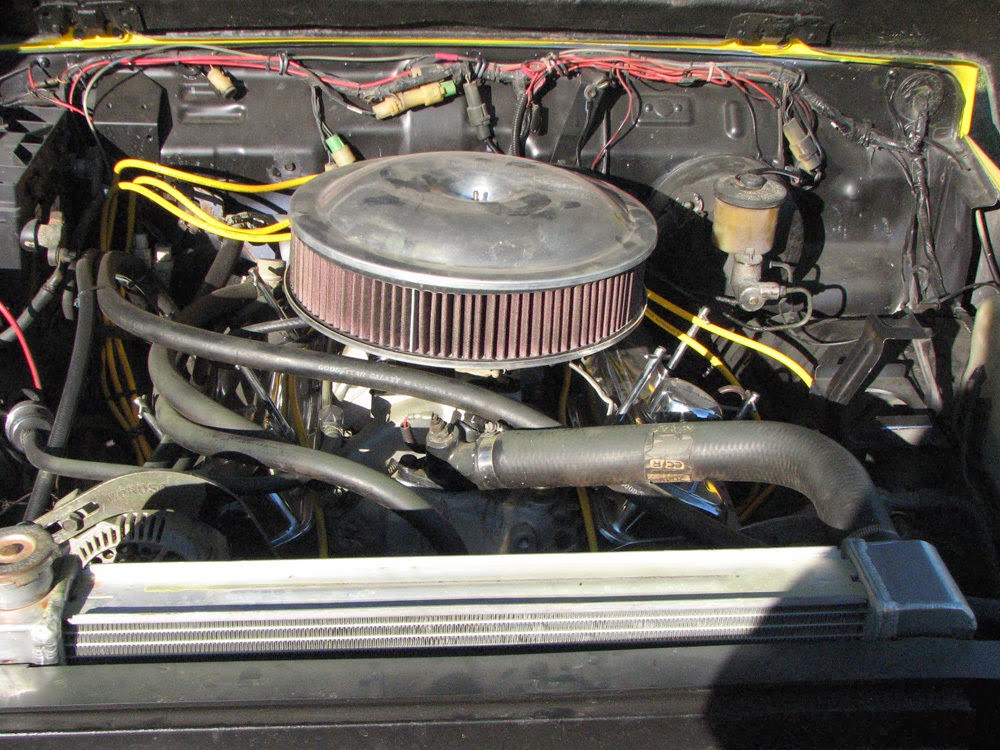 Power comes from a 406 cubic inch Chevy small block V8 with all sorts of hot rod goodies – and puts out a (seller estimated butt dyno) 450 horsepower.  Don’t expect those rear tires to do much more than skip over the pavement at low speeds, but this thing looks like a handful at speed. 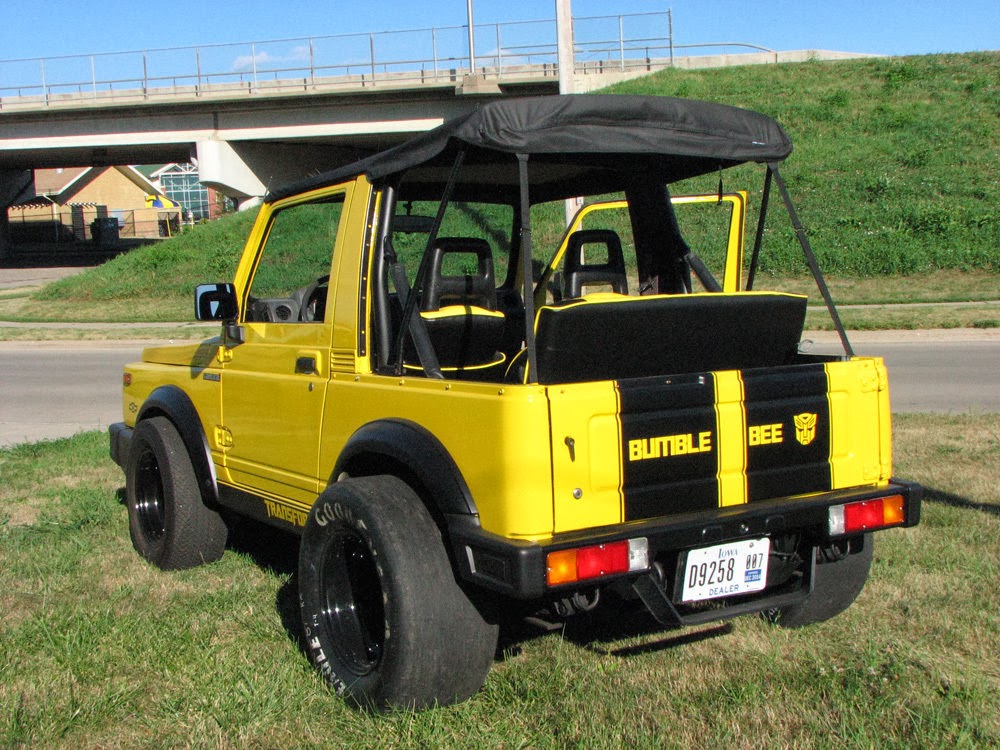