The Buick Roadmaster is a car that needs little introduction.  Its got a big V8 up front wrapped in 4000 lbs of American sheet metal & faux wood siding.  Inside it has room for six regular sized passengers and two more facing rearward.  The last time I went for a ride facing backwards in a Roadmaster, I thought I was going to vomit, but the kids swear they love it. Find this   1995 Buick Roadmaster Estate offered here on craigslist for $5,200 in Cupertino, CA.  Tip from Kaibeezy. 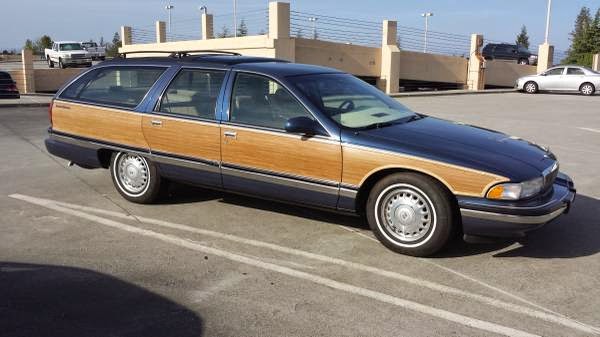 Everybody knows a guy who daily drives a Roadmaster.  The dude may spend more in fuel that it would cost to lease a new Honda, but he enjoys being captain of the NCC-Roadmaster and wouldn’t trade it for the cushiest position on Omicron Ceti III.  You don’t drive the Roadmaster as much as you pilot it around, like a helmsman at the controls of a giant spaceship. 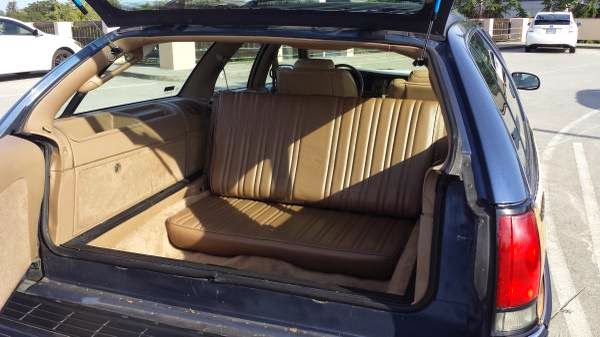 The Roadmaster is powered by the LT1, a cast iron pushrod and fuel injected equipped V8 that was good for 260 horsepower and 330 ft-lbs of torque.  The only transmission available was an old school automatic slushbox, but folks have been known to swap 6-speeds in place of the auto. 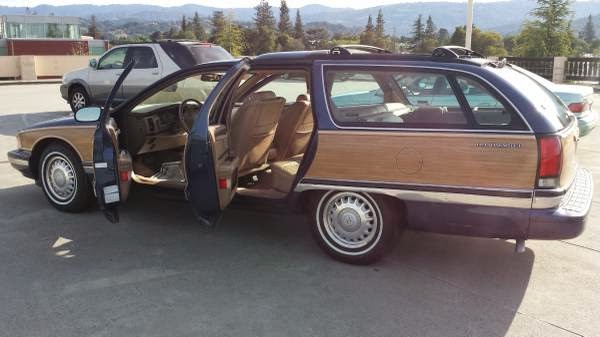 See a better way to cruise in style? tips@dailyturismo.com