The Jeep Comanche was a compact pickup built from 1986 to 1992 during the transition from AMC to Chrysler ownership of the Jeep brand.  The MJ Comanche has the dubious honor of being the last pickup truck ever built wearing the Jeep emblem, ending a tradition of Jeep pickups dating back to the 1947 Willys Jeep Truck.  Finding an original condition survivor isn’t impossible, but finding one for a nice price is a treat.  Find this 1991 Jeep Comanche SporTruck offered for $2,800 in Kalispell, MT via craigslist.  Tip from Oldsmobuick. 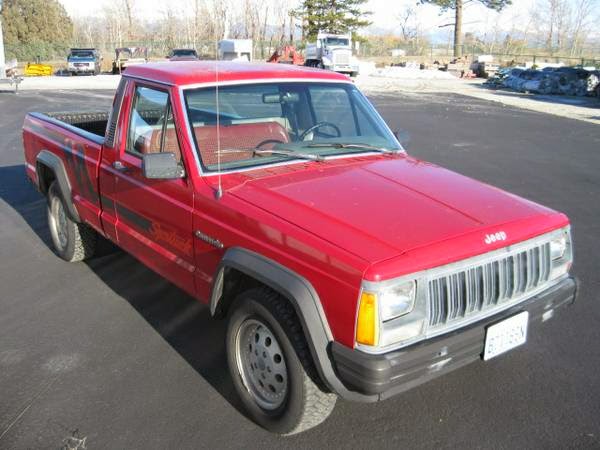 DT editor CFlo summed up the Comanche perfectly when he wrote about a previous Comanche feature:

Ah, the Comanche. A good friend described it to me as “the hick-est
truck ever.” But in a good way. I always thought it was odd that this
thing has a separate bed but no real frame. Unit body “framerails”
welded to both the cab and bed. Only from AMC.

Chrysler, with Lee Iacocca at the helm, acquired AMC a few years before this example was built, but automobile design/development takes years…so the funky little truck continued to leave the factory for several years while Chrysler bean counters tried to decide if they should kill it or ask the federal gov’t for another bailout. 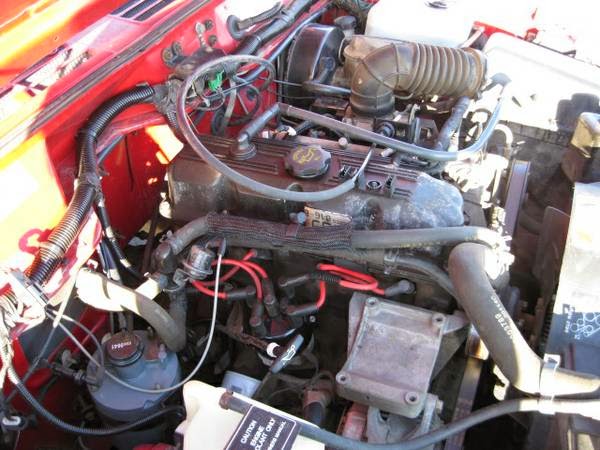 Under the hood is a 2.5 liter AMC 150 inline-4, fed by a throttle body injection and good for 130 horsepower.  The seller claims 30mpg, which seems optimistic given the Comanche’s legodynamic profile and late 80s technology. 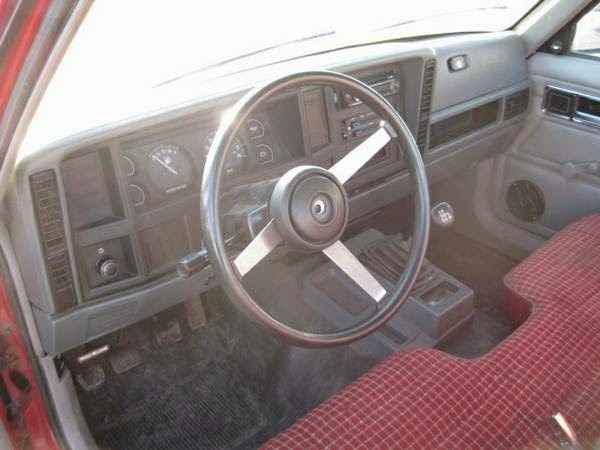 Inside we are greeted with a friendly 4 speed manual gear shifter and seats upholstered in the finest flannel shirt material from the Duke boys collection.  Fitting since the Comanche combines the best features of Uncle Jesse’s pickup with Daisy’s Wrangler. 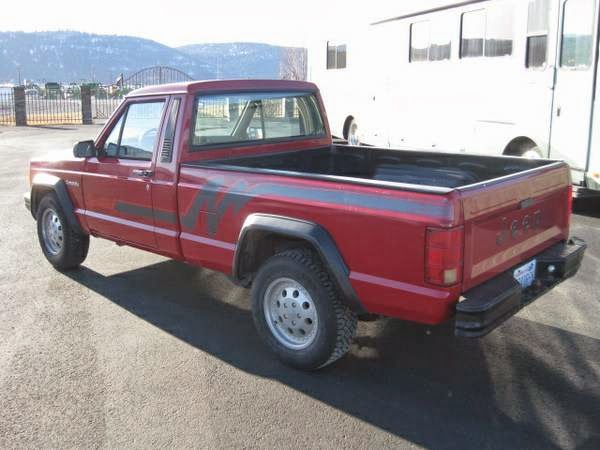