If you wandered into a Mitsubishi Motors dealer in 1982, you could find the Tredia (meh, unless it came with the digital dash, then at least you had something cool to look at while everybody else passes you), the Cordia (a 2+2 predecessor to the Eclipse and they are as rare as hen’s teeth these days), and the Starion (a front engine rear drive 2+2 pony car).  Many years later the first two have faded into the scrap yards in your memory, but the Starion, with its turbocharged engine, rear drive setup and flash looks, persists.  Why?  Find this 1988 Mitsubishi Starion ESI-R offered for $6,750 in Los Angeles, CA via craigslist. 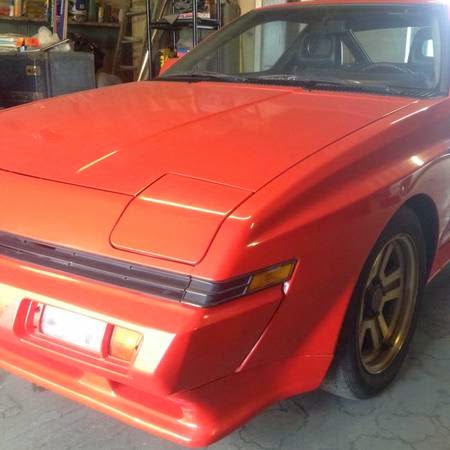 There is something striking about the widebody (ESI-R) Starion, commonly called the fatty versus the flatty earlier cars.  One of the things that keeps me coming back is how cheap they are compared to what you get — a turbocharged and intercooled engine mated to a 5-speed manual gearbox, rear-wheel-drive, limited slip differential, power accessories galore.  A contemporary Supra or RX-7 in the same condition would cost considerably more — this one has 72k miles on the clock, is 100% stock, and is being sold by the original owner. 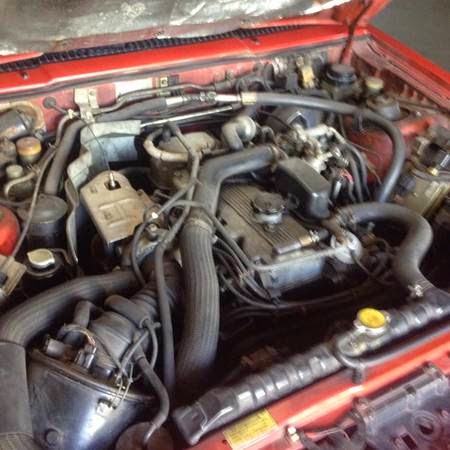 The American version of the Starion is powered by large SOHC Astron G54B 2.6 L engine, where the rest of the world got a 2.0 liter  Sirius 4G63 inline-4.  The intercooled Astron is rated at 176 horsepower and 223 ft-lbs of torque, plenty of power to keep the Mustangs and Camaros of the day in your mirrors…or at least next to your mirrors. 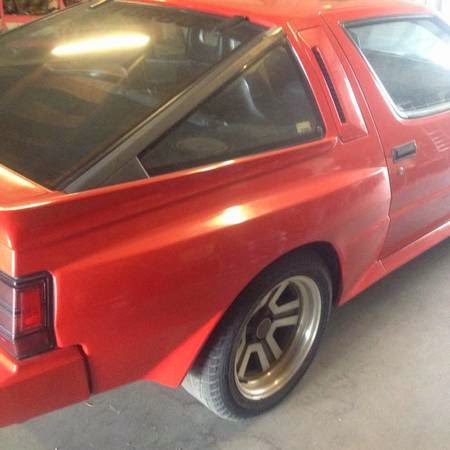 See a bigger fender from the 80s for cheap? tips@dailyturismo.com