The BMW E34 5-Series is in a kind of no-man’s land at the moment; too old to be modern, but not old enough to be a classic. Thus it makes the perfect fodder for a Daily Turismo both as a DT feature car, and to own & flog on a daily basis. Prices are low, parts are widely available, and there are still many being used on the roads as regular cars. Sure, any particular make/model/generation of car will always have its fanatics but there are periods where a certain version will go unnoticed by the majority of enthusiasts – and that time for the E34 is now. The M5 sang sweetly from its high-strung inline six, but the baritone of the E34 choir has always been the V8 equipped 540i. A few made it out of Munich with 6-speed manual transmissions, such as this 1995 BMW 540i available here on craigslist near DT headquarters in Manhattan Beach, CA for $6k. 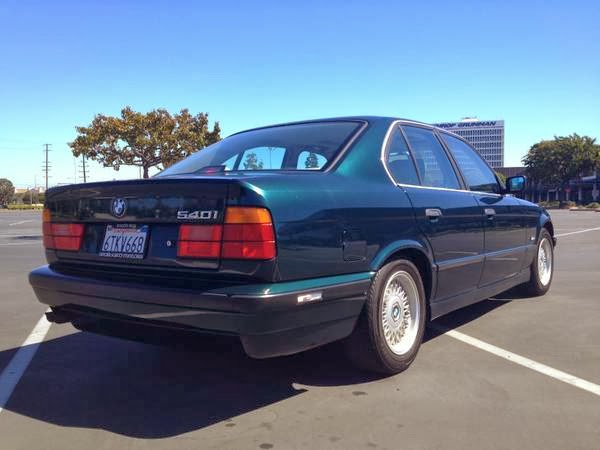 We like the car because it’s a V8 German executive sedan with a manual trans and sport suspension, but we also like this seller’s ad for several reasons. First, there is a wealth of information, which will always help to put prospective buyers at ease. All the recent work performed is noted along with minor flaws and inconveniences so the buyer will know what to expect – it’s always great to have no surprises after the deal is done. Second, the ad is organized into pertinent categories: interior, exterior, mechanical. After poring through hundreds of garbled stream of consciousness excretions posted on craigslist, it’s refreshing to read something that is logically laid out and easy to follow. 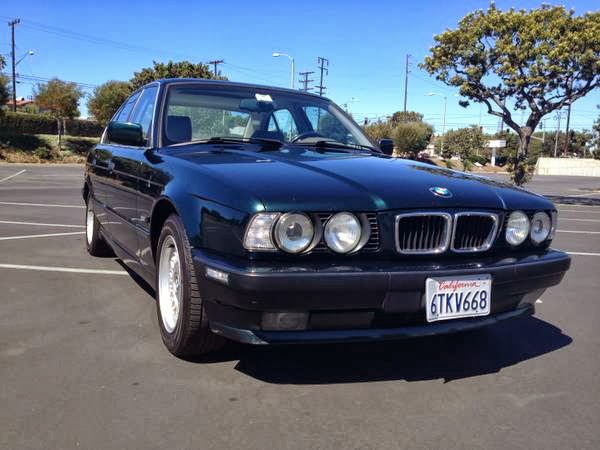 The third reason we like this ad is that the pictures were taken in the parking lot of the Northrop Grumman Space Park complex (formerly TRW aerospace) which likely means the seller is a curmudgeonly aerospace engineer who takes pride in his machines (but don’t quote us on that if it’s not true!). Fourth and not least, the seller has a sense of humor…”No joyrides without a deposit, and no I won’t ship to your cousin in Africa while you pay me in beaver pelts via money order. Serious inquiries only please.” 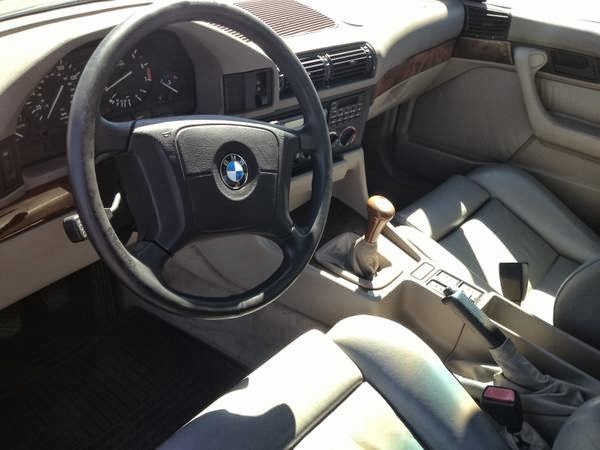 Inside this E34 5er you’ll find the classic BMW driver-centric dash layout with the center stack angled towards the captain, and large easy to read analog gauges in the binnacle. This car was designed before cup holders were a thing, so there aren’t any. But there is a surprising amount of storage volume in all of the various cubbies and pockets built into the dash, console, and doors. The 6-speed manual transmission is a rare option indeed on any non-M V8 powered BMW, and today it’s only an option on the 6-cyl 535i. You might think this car would be too big and cumbersome to control with a clutch and stickshift but in fact the E34 is smaller in every dimension except overall length than the current F30 3-Series sedan; even the wheelbase is shorter. 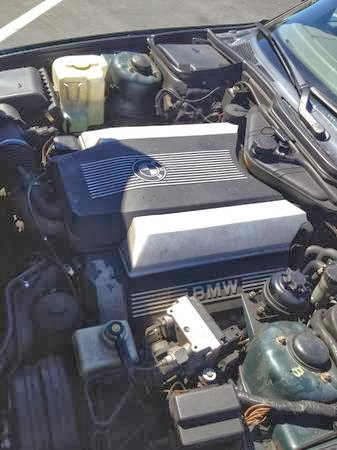 The engine under the front hinged bonnet is the M60B40, a 4.0 liter, 32-valve V8 that makes 286 hp and 295 lb-ft of torque in stock form. This is an aluminum block without steel cylinder liners, and the Nikasil anti-wear coating applied at the factory had a habit of dissolving off prematurely due to high sulfur fuel, leading to low compression. Thankfully the featured car has had the original engine replaced under warranty by BMW with an Alusil coated block which has a claimed 60k miles on it and should provide plenty of grunt if properly maintained.