The Audi 80/90 was the predecessor to the A4 and grew up sharing a
platform with the Volkswagen’s Fox & Passat.  They don’t quite have
the following of something like the Audi Quattro Coupe, they are
starting to come into their own as a cool vintage 90s Euro styled
cruiser available with a 5-spd trans and all-wheel-drive.  Today’s example comes with a bigger engine from Audi’s early S-line cars and should be fast when it isn’t in the shop.  Find this 1991 Audi 90 offered for $6,400 buy-it-now or make-offer here on eBay

with 2 days to go, located in Niles, IL. 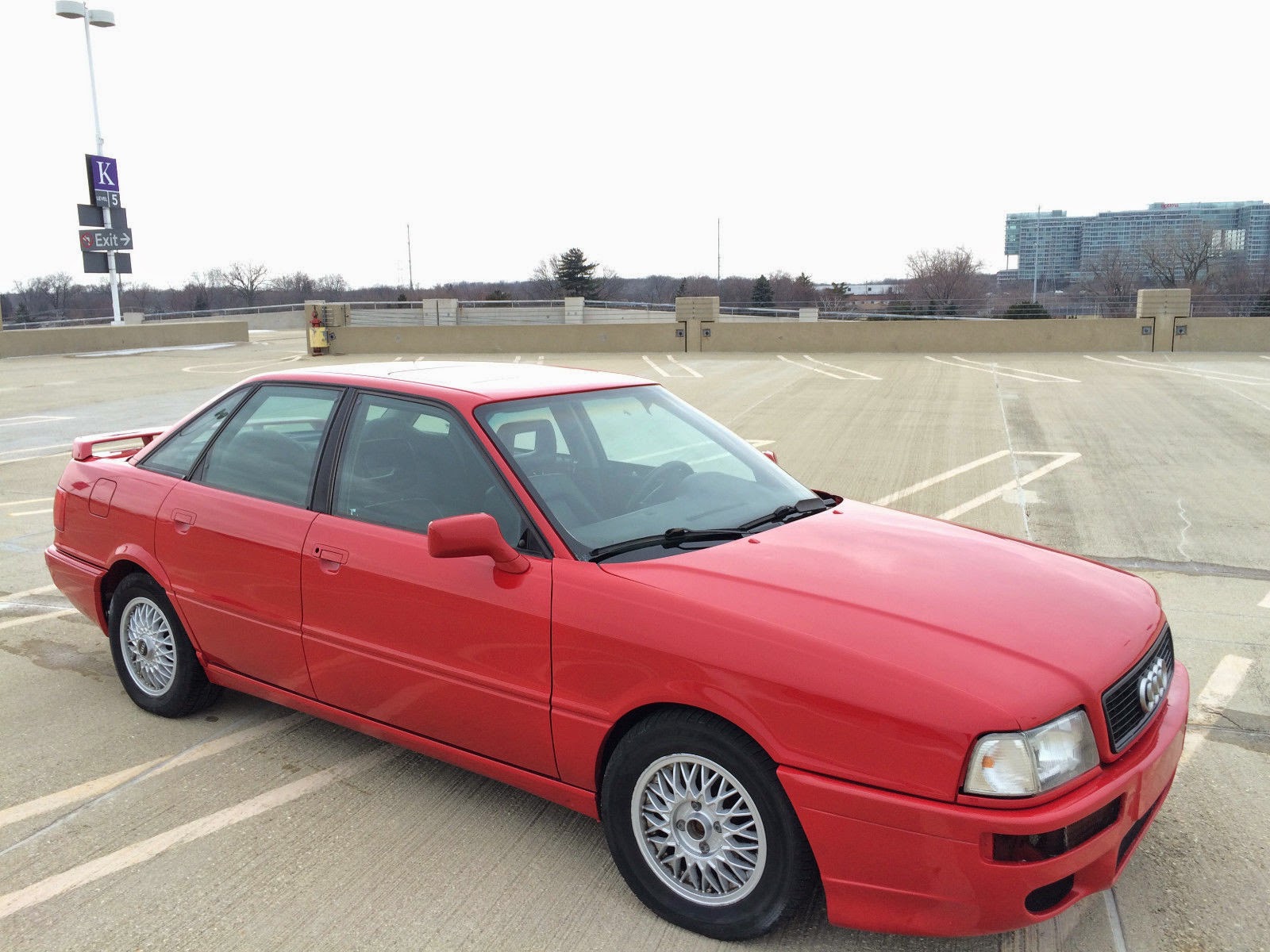 I will probably get flamed in the comments for accusing the 90s Audis of being unreliable, but even the diehard Autisti will admit that they spend more time wrenching on these cars than doing crossfit. That doesn’t mean you should stay away, but on the Lancia to Toyota scale, these are firmly in camp Italiano when it comes to frequency of maintenance items. 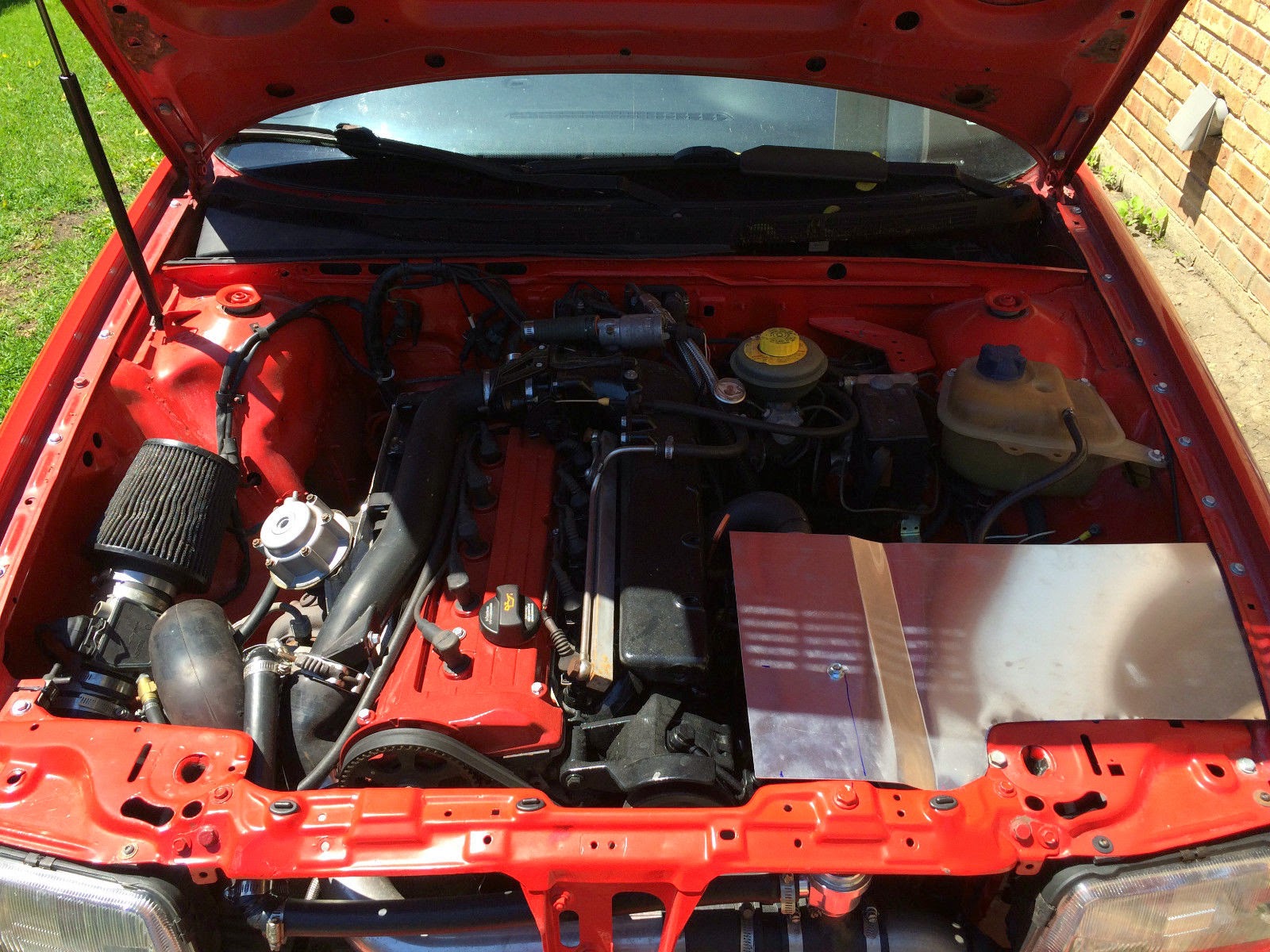 Under the hood is a 20 valve inline-5 cylinder turbocharged and intercooled engine code name 3B that would have come from an Audi 200.  If this all seems unfamiliar and these numbers confuse you — the short version is that the Audi 200 got the same hopped up 226 horsepower engine that was used in the Sport Quattro and now it is sitting inside of this Audi 90, which would have originally been powered by another 20V inline-5 (code 7A, but that one would have been rated at 168 hp).  To turn things up even more, the owner has installed a computer chip (along with a few other mods) and claims it pushes out 300 horsepower. 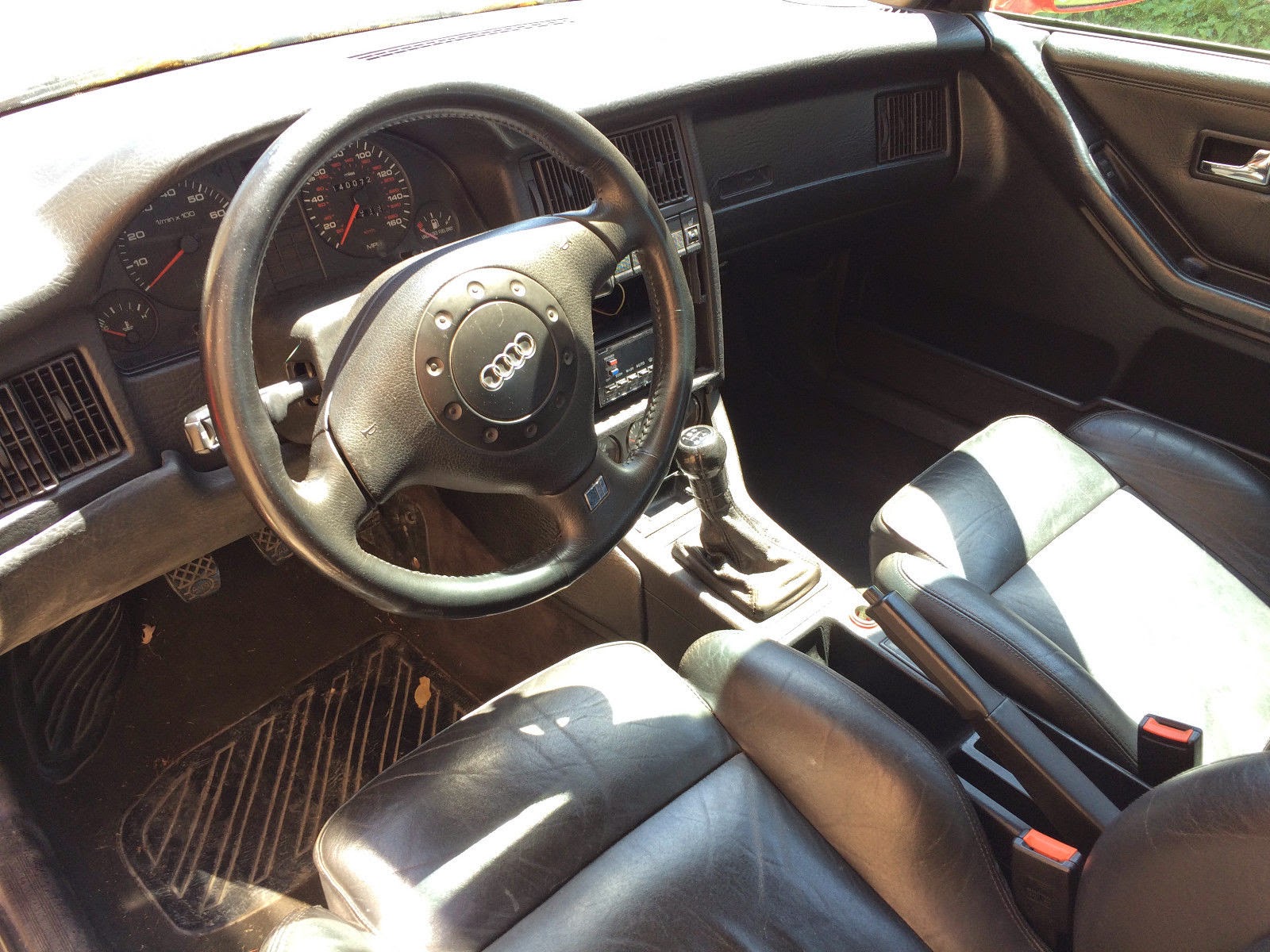 On the inside you get only the best leather seats from Germany and a sporty looking steering wheel that looks like it came from a more modern car (A4?).  If the dash isn’t cracked and the headliner is in place, it doesn’t look like a bad place for a commute. 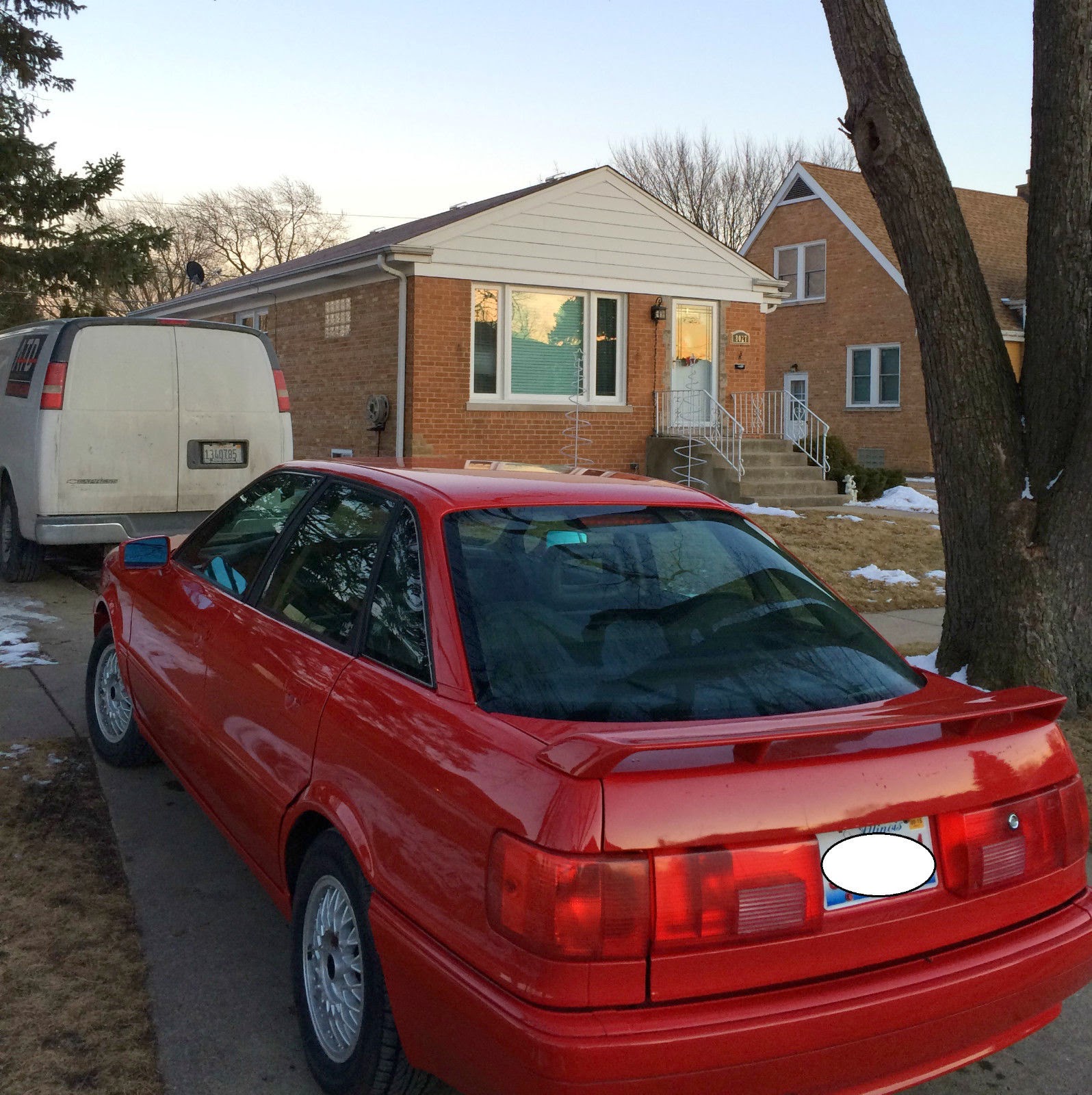