The Mercedes-Benz W108 Sonderklasse is a stately sedan, designed to be driven with extended pinky and Bach on the Becker Mexico radio.  It is therefore the perfect car to shove a modern fuel injected American V8 into the front of (most of it, some will stick out of the hole in the hood), toss out the Bach for some Wagner and extend another finger to everyone else on the road.  This 1971 Mercedes Benz 280SE W108 with LM7 swap is for sale in Atlanta, GA for $6000 via craigslist. 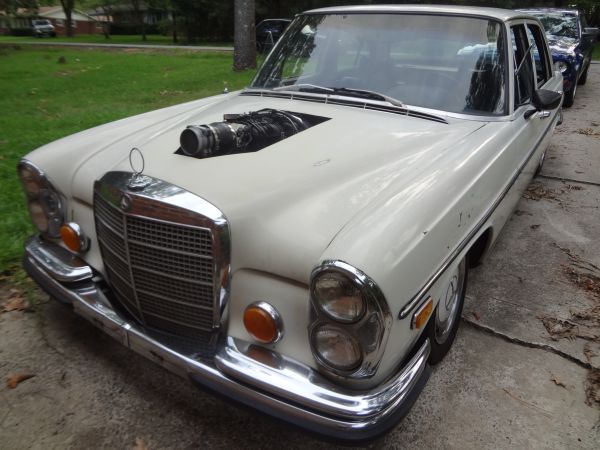 Only the circle remains of the iconic Mercedes-Benz hood ornament; presumably the tri-pointed star was sucked into the exposed LS1 throttle body located a few inches aft.  We really dig the W108 and the idea of shoving an LS-V8 inside has certainly cross our mind a few times, but to see one for less than the cost of a swap is a real treat. 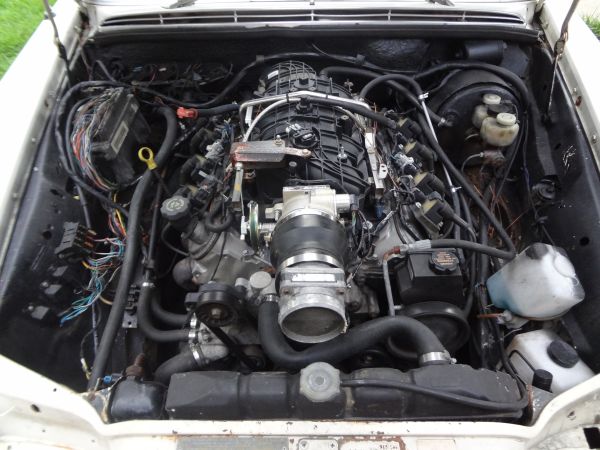 This W108 has a 5.3 liter LM7 from a Silverado, not technically an LS1, but it is a GM Gen III small block and capable of putting out LS1 power.  The LM7 has a cast iron block and is often used because it is significantly cheaper than a real LS engine with only a 50 lb weight penalty.  It is outfitted with a number of aftermarket parts and should put out something around 400 horsepower vs the stock rating of 295.  If this was closer, we’d have already taken a look…thinking about shipping quotes…

See a better 530SELM7?  send us the goods:  tips@dailyturismo.com