The Chevrolet Corvair is a regular feature on these pages, because it beat the Porsche 911 to the air-cooled flat-6 market by almost 10 years.  The same rear-engine lift-off over-steer tendencies that plagued the 911 are a common occurrence on the early Corvairs, but in 1965 with the introduction of a true independent rear suspension to replace the swing-axle design, the Corvair became slightly more controllable.  It was too late, as Nader’s war against the European handling of the Corvair had done its damage and the car was canceled in 1969 after also 1.8 million examples were built.  Find this 1965 Chevrolet Corvair Monza offered for $2,600 in Greenville, OH via craigslist.  Tip from Doug in Cincinnati. 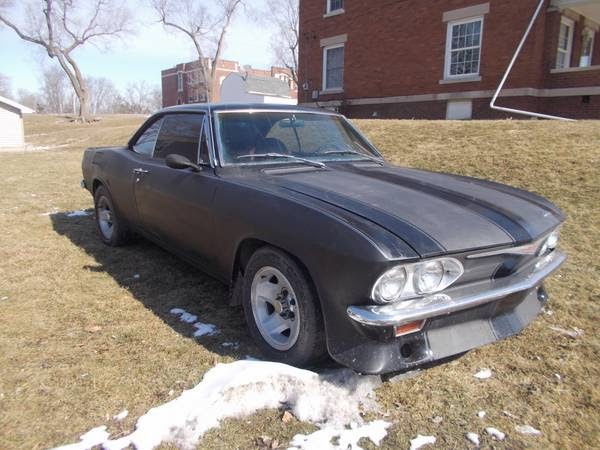 This Corvair has been available for a long time (that’s early snow, not late
snow in the pictures), and there is no such thing (that I am aware of) of a Monza Spyder
Edition for later Corvairs.  The “Spyder” was the designation for the turbocharged version
of the early Corvairs (not to be confused with the Monza Spyders
introduced in 1976) but that designation was dropped in the
later cars. 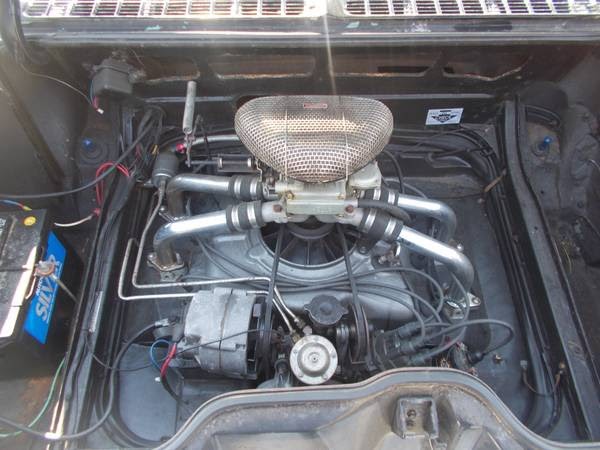 This Corvair has a Corsa dash and the VERY desirable 4:1 Carb
Set up.,,,that doesn’t mean it was a 140 hp car, just that it
has this arrangement which is commonly done to the 140’s. This one is a driver..  if it can be had for $2600 and it drives, you
can’t get hurt on it.  Drive it home and figure out what you want to do with it.  As
its in OH, the bonding of that “kit” to the steel under it is
going to be critical. 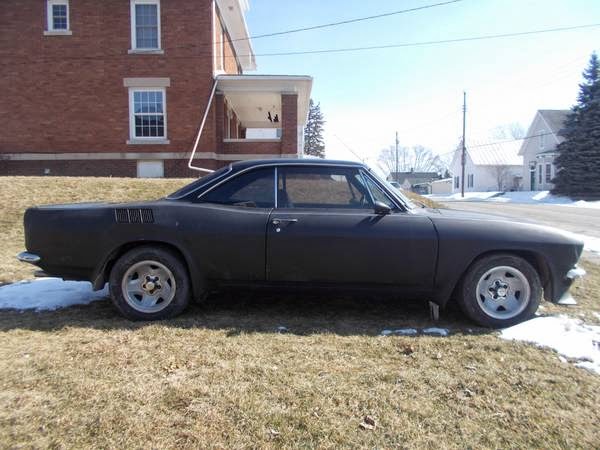 No matter what.. $2600 for a drivable car is what any high school
kid would pay for anything that runs.

This is a Corvair it has some good features to it.. even if
someone wanted to go back to stock its pretty do-able.  The rear vents are not a BAD idea, but they’re not necessary and
they obviously ruin the rear quarters for anyone who wants to
remove the ‘kit’.
It looks like the whole front fenders and nose are a big
piece of ‘something’ as there is no line of (or sign of) an
attachment point for that whole front spoiler thing. 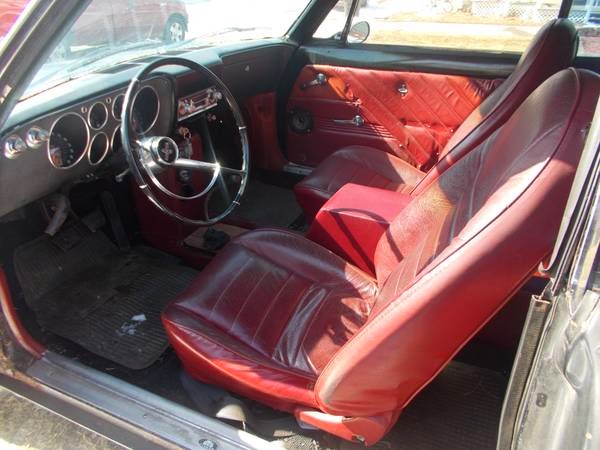