Entering the term “custom” into a craigslist automobile search box is the virtual equivalent lifting paving stones in your backyard on a cool fall day.  Each click of the mouse brings a new crop of otherworldly multi-legged insects that flee the foreign sun or writhe in surprise.  The anticipation of the next repugnant discovery is more tantalizing than the grisly things found…at least until you discover the Jerusalem cricket of the automotive world.  Find this 2007 Ford Mustang Custom for sale in Carmel Valley, CA for $32,500 via craigslist.  Tip from Kaibeezy. 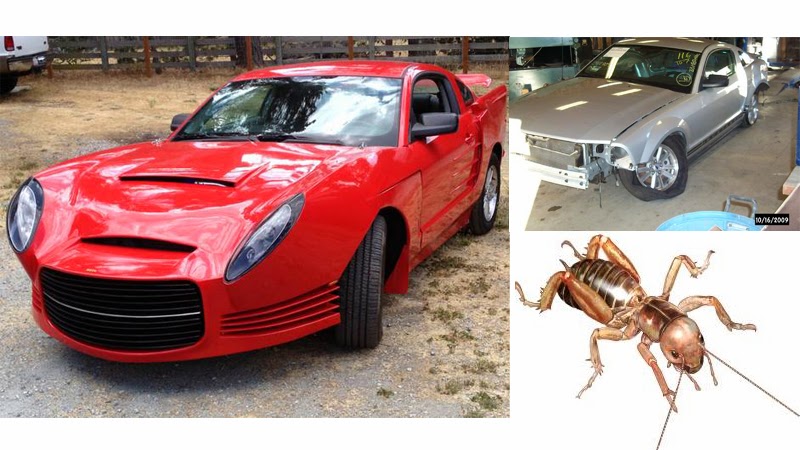 According to the Orkin website “Many people are startled when they see a Jerusalem cricket for the first
time. It is a large insect…up to 50 mm long.”  I can still clearly recall the first and only time I saw a Jerusalem cricket and it scared the living crap out of me.  Not as much as seeing the above Ford Mustang custom…but enough that I dropped the basket of laundry I was holding and ran to get something with standoff capability for bug squishing.  It had hopped off by the time I returned, probably into its underground lair to prepare for giving little kids nightmares.  The Mustang.  Nope, the pic is still there each time I go back to it and it is giving me nightmares. 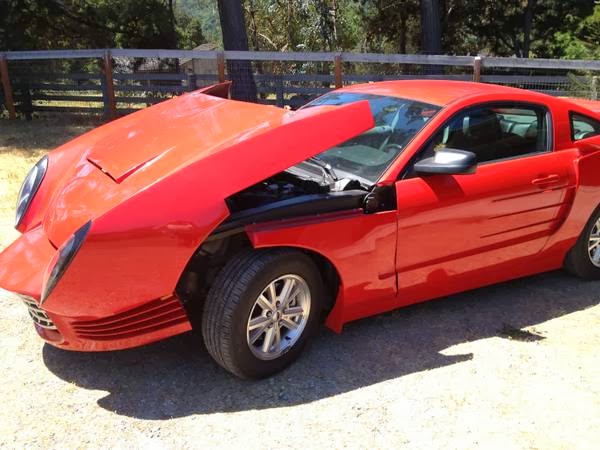 The seller is quick to point out that this thing features all-steel custom fabrication and no one is questioning the capability and skill of the metal worker who created this beast….but skill with a trade and good taste don’t always go hand in hand.  Pablo Picasso was certainly a talented artist as demonstrated by his early work and even into the blue/rose periods…but his later cubism work is total garbage and his lifelong devotion to Trotskyist communism (while earning him the ironically named Stalin Peace Prize) demonstrates that skill and wisdom do not go hand in hand. 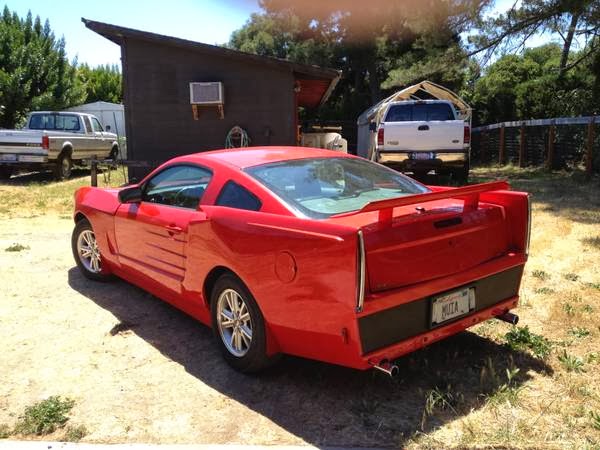 The use of Lotus Elise headlights up front is questionable, but the 1989 Cadillac tail lights in the rear is not questionable — it is hideous. See another Teenage Mutant Alien Mustang?  Type “format c:” into your  command prompt and never contact us again.