The NSU Prinz 1000 was a small rear-engined West German built city car powered by an inline-twin cylinder air cooled engine, something that was better fit to power a motorcycle.  Production started in 1957 and ended in 1973 when Volkswagen Auto Group acquired NSU and merged it into one ring of the Audi group.  The Prinz was a unique car, but it conflicted with VW’s type 2 as well as Audi’s 50 series, so it went extinct.  Find this 1967 NSU Prinz 1000 for sale in Orlando, FL for $2,500 via craigslist.  Tip from J Bourne. 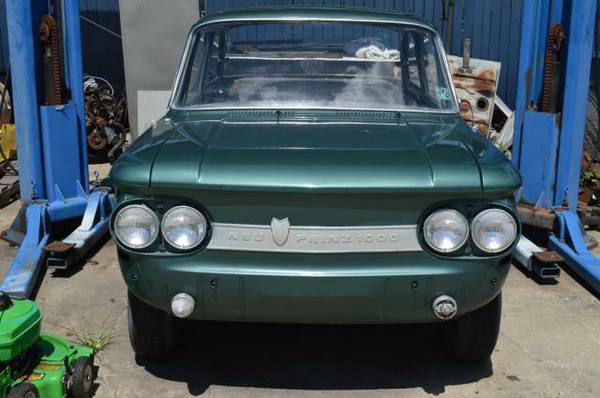 The NSU Prinz is an odd and rare (well at least rare to be seen on the road) classic.  It looks like a miniature Corvair and sounds like a weed wacker, but is one of those cars that can put a smile on your face anytime.  The later Super Prinz model was powered by an aircooled inline-4, but the normal Prinz badged cars used a inline-twin cylinder 600cc engine that should make a considerable racket as it pumps out 30 horsepower. 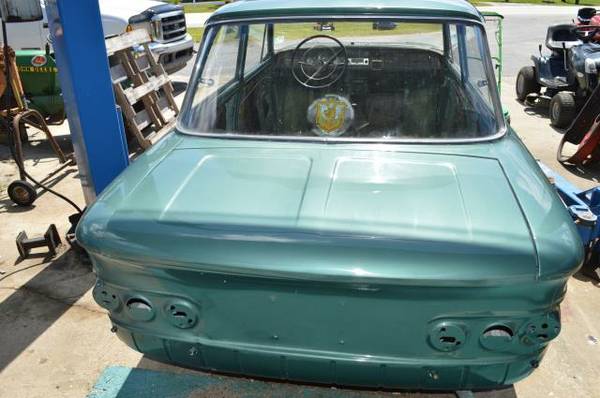