On the Toyota website, the soggy vanilla wafer favored Corolla is given the tag line “Elevate your drive” — a subtle acknowledgement that even if you are staring at your hand for five minutes high on rubber cement fumes, you won’t have fun in a Corolla.  The depicted urban youngsters getting coffee, hitting up gourmet food trucks, or fluffing their fros aren’t old enough to remember that the Corolla wasn’t always mood killing penalty box with all the joie de vivre of Kristen Stewart in her latest vampire flick. It was once a fun little corner carver that perked up an enthusiast’s head with names like AE86 Levin, Sprinter Trueno, or the FX-16 hatchback version.  Find this 1986 Toyota Corolla FX-16 GT-S offered for $2,300 in the Maple Leaf community of Seattle, WA.  Tip from Gianni! 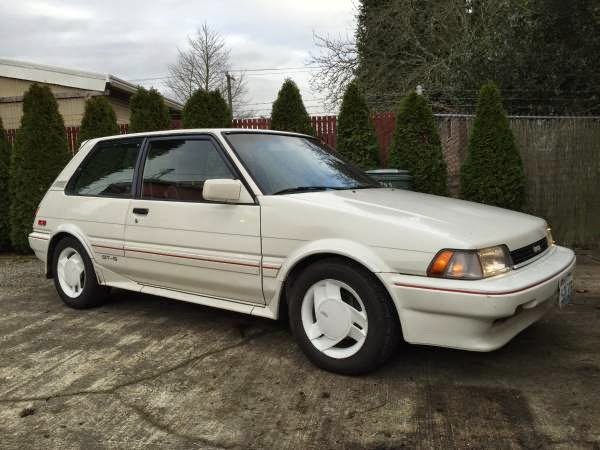 This will be as much a surprise to you as it does to me, but we’ve never featured a FX-16 Corolla here on DT.  For whatever reason the hatchback GTI competitor has never been under the focus of our powerful microscope, but let’s take a look. 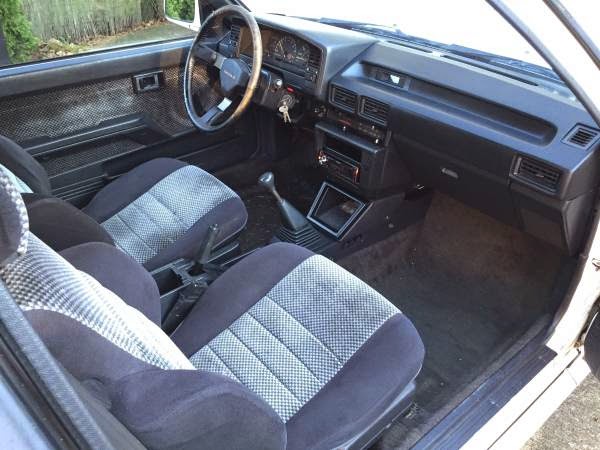 The FX-16 shares its engine/transmission with the mid-engine MR-2, but in the Corolla it is mounted ahead of the driver and powers the front wheels.  The 4AGE inline-4 is a 16-valve DOHC screamer good for 112 horsepower and mated to a 5-speed transmission. 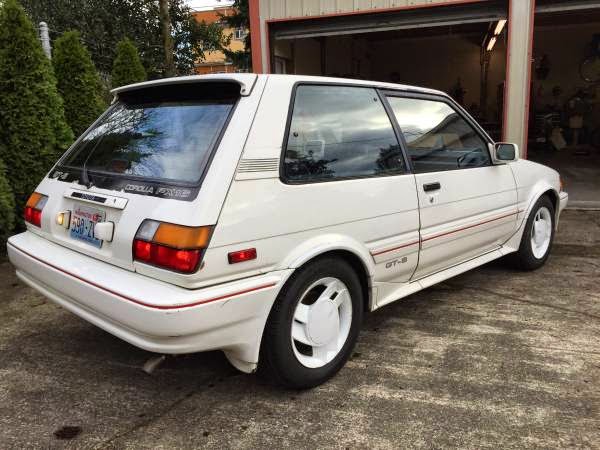 See another car we’ve missed over the years? tips@dailyturismo.com

4k: Throwback Hatchback: 1976 Chevrolet Chevette, 350 swap What Am I? Black And White