The 4th generation E70 Toyota Corolla was the last RWD platform that extended across the entire Corolla lineup (the AE86 “Hachi-Roku” coupe remained RWD for the next generation, but within a few years everything was front-drive, understeering, no-fun, appliance-city).  The Corolla was a simple economy car with no particular designs on world domination, but it was cheap to buy, cheap on fuel, cheap to insure, but most importantly: it was reliable.  In the years since Toyota went from small manufacturer to the 2nd biggest vehicle builder in the world, most Corollas have racked up 200k plus miles, but today’s feature is different.  Find this 1981 Toyota Corolla with 7k miles on the odometer for sale in Fremont, CA for $1,900 via craigslist.  Tip from Kaibeezy. 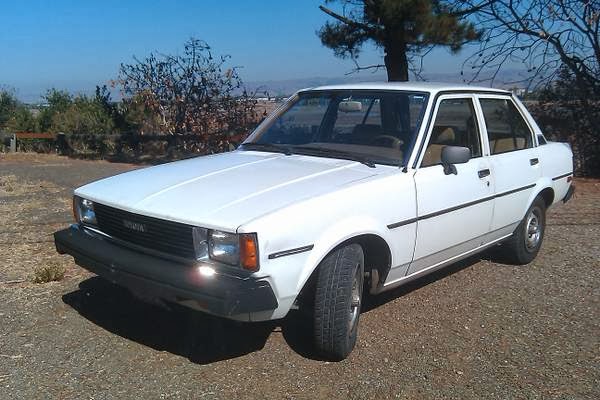 No amount of posing the Corolla in front of the camera will make it look like anything other than the all-business small compact that it is.  This Corolla is pushed gently down the street by a 1.8 liter pushrod OHV equipped 4-banger good for 75 horsepower mated to the rear wheels via an automatic gearbox.  Slow yes, but before you discount the Corolla as a total turd, don’t forget that an ’82 Corolla sedan took the checkered flag in the first 24 Hrs of LeMons race back in 2006; read about it on Car and Driver’s site here. 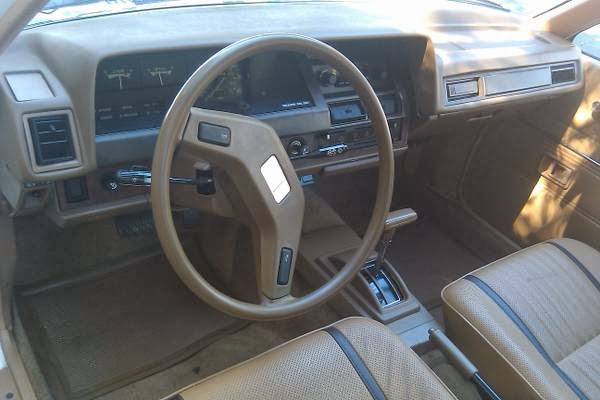 This Toyota has a 5-digit odometer (it varies when the manufacturers changed from 5 to 6 digit odometerss, some as early at the late ’70s and others had 5 digit as late as 1991) and while the owner does not have conclusive proof the 7k miles is original – the interior looks well preserved. 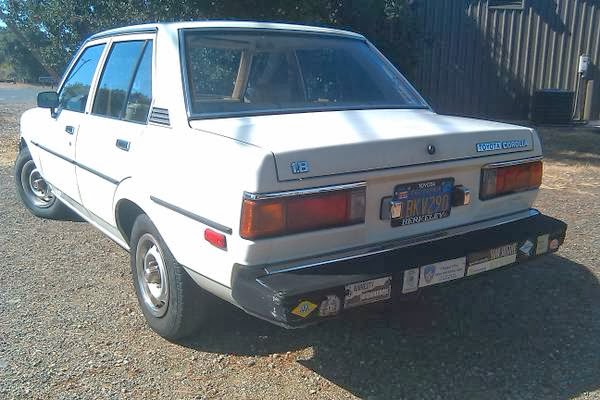