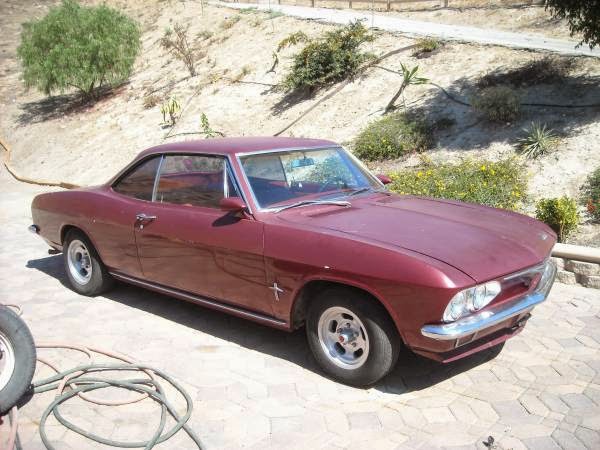 Although listed on craigslist as a 1964 model, this car is a second generation Corvair that was offered from 1965-1969. It was both the
evolution and the swan-song for GM’s domestically produced answer to the
onslaught of imports.  For a brief moment, there was a Corvair for just
about every garage, as it was offered as a two door, four door, station
wagon, pickup and convertible.  If that sounds vaguely familiar, it is
the same formula that VW used so successfully in introducing the US to
the ‘less than 2-ton’ car.  Today, the Corvair is starting to see some collector activity, probably because that other rear engined flat-6 powered classic is out of reach for most vintage car shoppers. 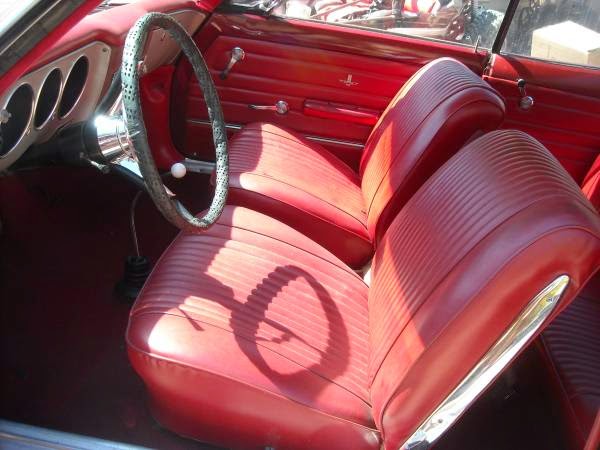 The most common engines found in the Corvair are the base 95 hp or dual-carbureted
110 hp. The 140 hp engine, found in this car, relies on four one barrels
as mentioned by the seller.  While a separate turbo model was available, they remain
relatively scarce (read…higher price point).  A running and driving 140 hp (seller specifically mentions it starts, but doesn’t say it runs/drives). 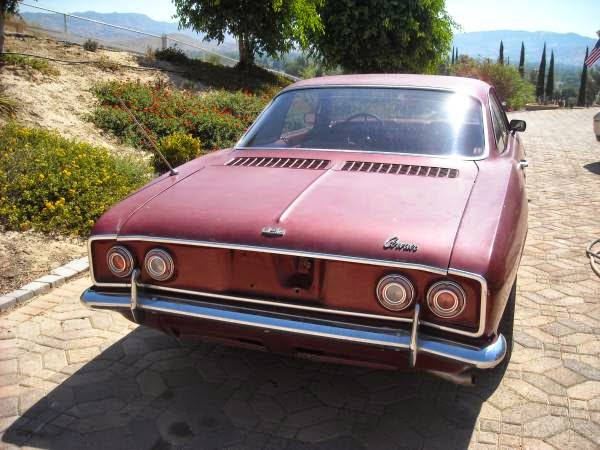 See a better deal on a low buck classic that might need to be towed home? Don’t keep it to yourself!  Send it here: tips@dailyturismo.com