BMW M division’s first bruiser sedan was the 1988 BMW M5; they had previously dabbled in the M1 supercar and 4-cylinder powered E30 M3 but it was the E28 M5 that set the standard for a fast M-sedan.  Multiple generations later that formula had outgrown its inline-6 roots and by the E60 generation the M5 was powered by an F1 inspired V10 with a screaming high 8250 rpm redline.  Today these M5s are out of factory warranty and can be purchased for less than a new 128i Coupe.  This 2006 BMW M5 is for sale in Sebastopol, CA with an asking price of $25,000 via craigslist.  Thanks to tip from DT reader Kaibeezy! 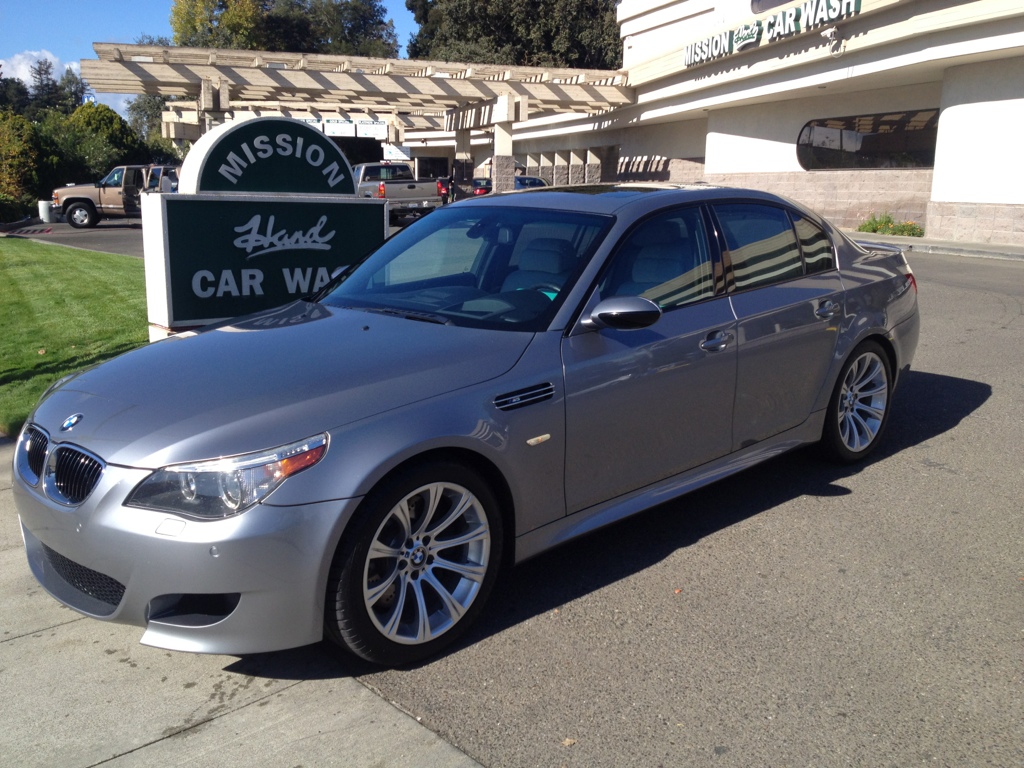 The E60 generation 5-series was the height of Chris Bangle’s much derided styling direction which took the conservative M5, slapped it around, added some tattoos, a huge cancerous trunk-butt and generally made a much more extroverted statement.  It seemed like a horrible mistake when first released to the public in 2005, but time has softened its outrageous lines and some folks actually find the styling to be aesthetically pleasing today.  The M5 version adds an aggressive front air dam, Z3-style M-vents, larger wheels and a rear ground effects to make the car much better looking. 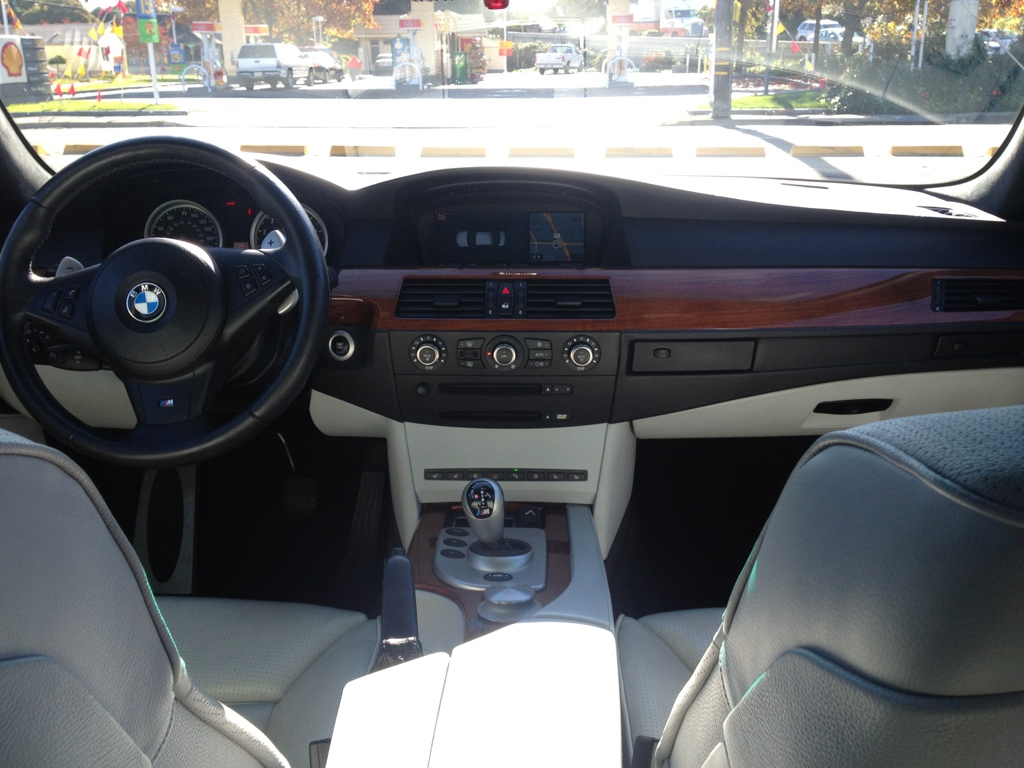 The E60 M5 is powered by the S85B50, a DOHC 5.0 liter V10 putting out 500 horsepower at an insanely high redline of 8250 rpm.  This particular car is equipped with the much derided 7-speed SMG III single-clutch transmission, great for wide-open-throttle 50 nanosecond shifts at the track, but balky, stubborn and annoying under sedate driving conditions.  The E60 M5 was also available with standard 6-spd manual trans, surprisingly enough — only for the US domestic market, a rare occurrence when the car was better on this side of the Atlantic. 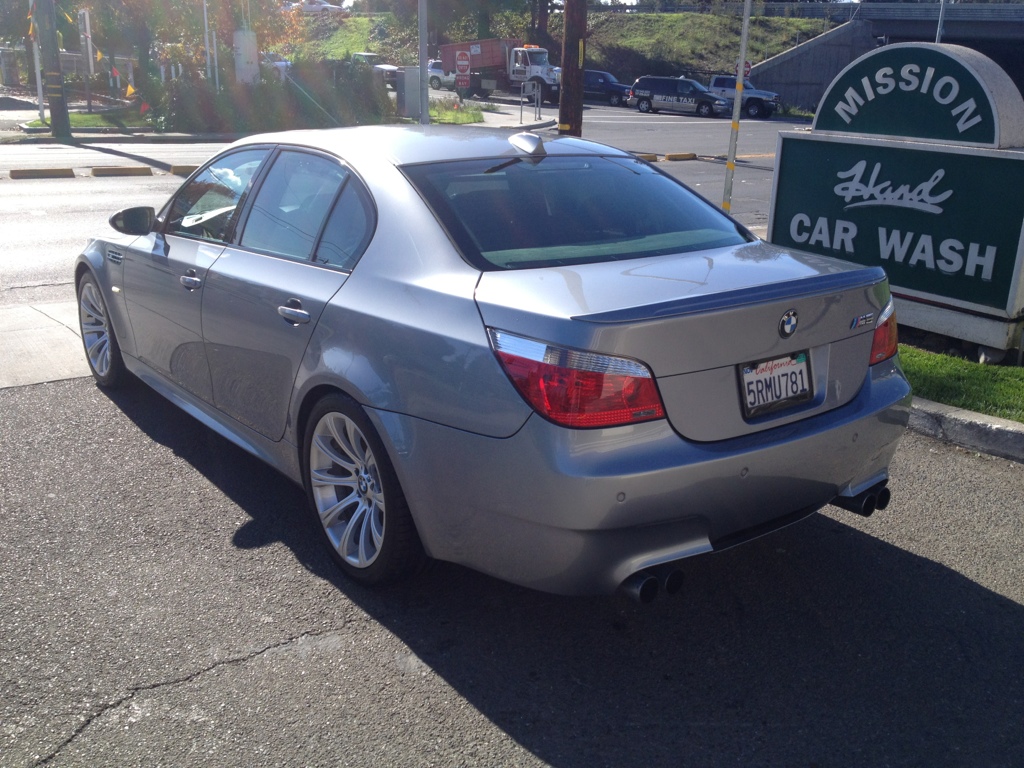 The rear exhaust treatment is a style high-point for the E60 and clearly shows to all around that this Bavarian means business.  Mileage in this particular example is a bit high at 125k, but it looks to have been cared for nicely if cosmetic condition is any indicator of mechanical.

See something else for $25k that’d be faster to haul 5 people around? email us here: tips@dailyturismo.com