The BMW E28 M5 was hand built in the Daimlerstraße factory in Garching, Bavaria for the 1988 model year for US market.  With a total of 2191 cars built for world wide consumption the E28 M5 is the rarest of M5 cars, but prices have taken an upward trend recently..  Find this 1988 BMW M5 E28 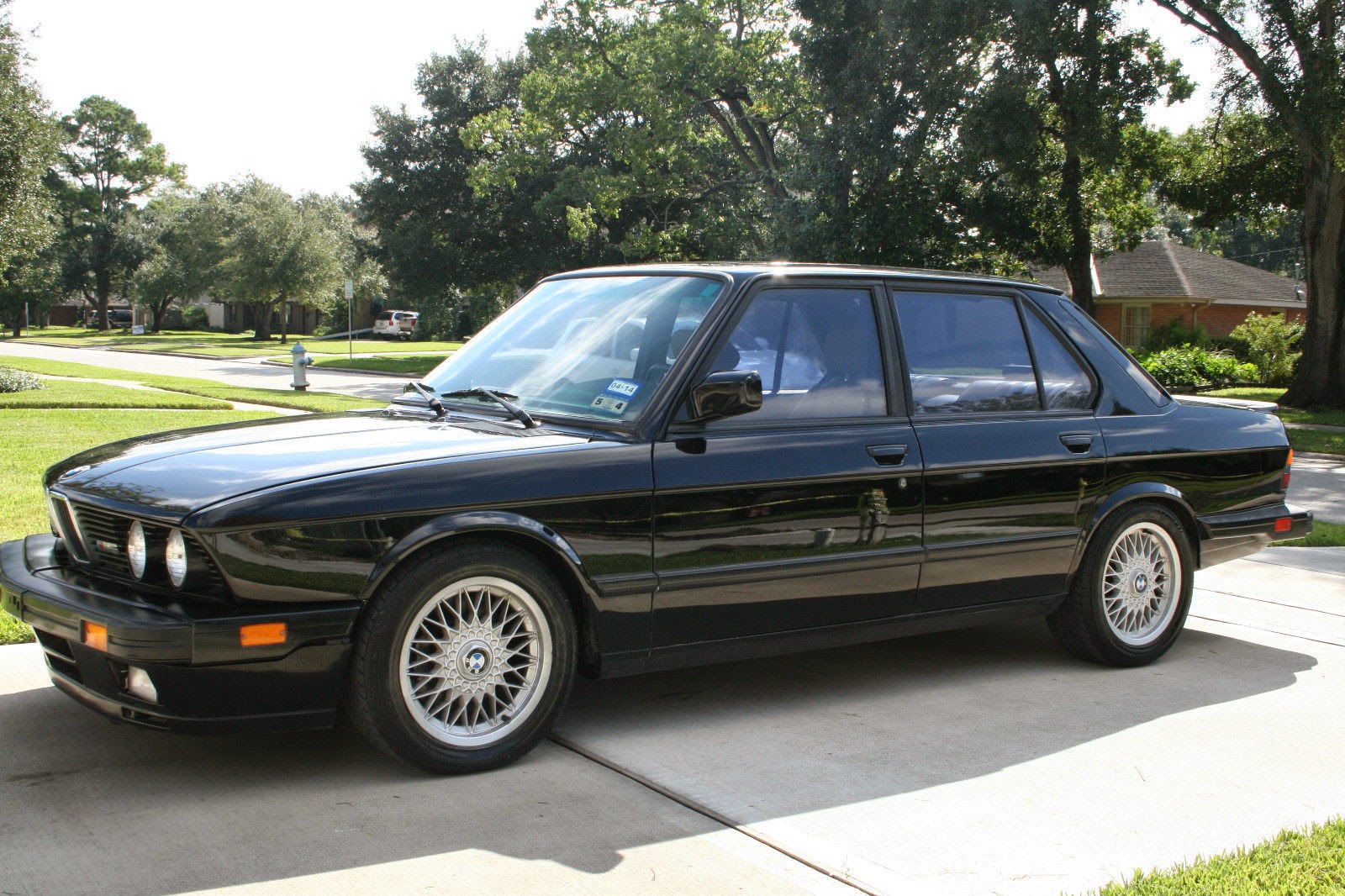 The seller makes the following dueling statements: (1) Documented one owner & (2) Vehicle was purchased by original
owner in Lafayette, LA and only sold after he passed away in 2013.  Only one owner since then. Okay…I get that it would be nice to buy a car from the original owner and someone did that in March 2013…but then that person owned it for more than a year…and now the seller is a dealer…so…I count three owners…two if you want to be nice to the dealer.  Also, what is up with the yellow crime scene tape in the paint reflection? 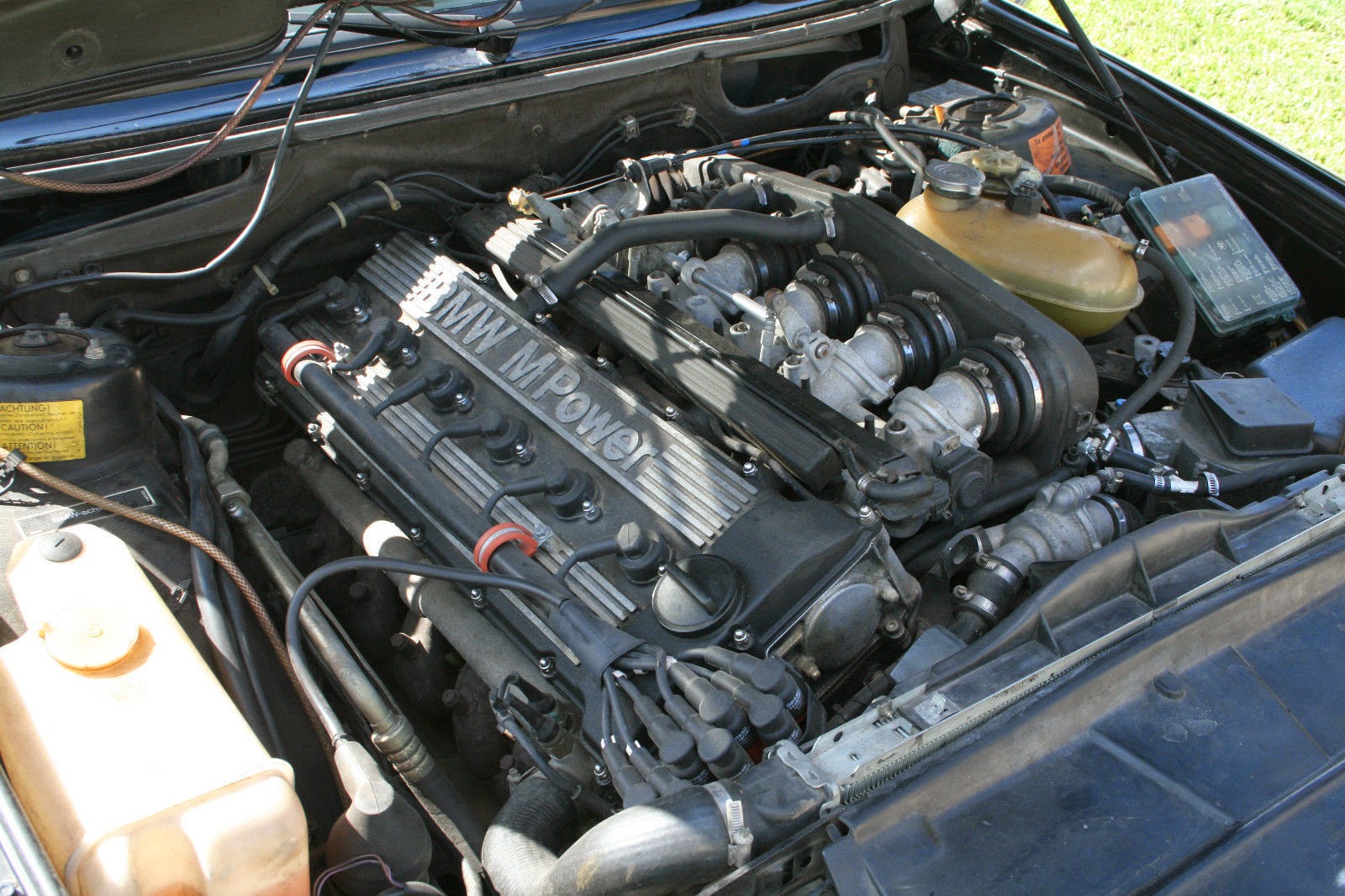 Under the hood is BMW S38B35 engine, a detuned version of the M1 engine, but a formidable powerplant that puts out 256 horsepower.  It is a slightly less powerful version of the engine that lives in the DTM5, although no less expensive to repair if something goes wrong. 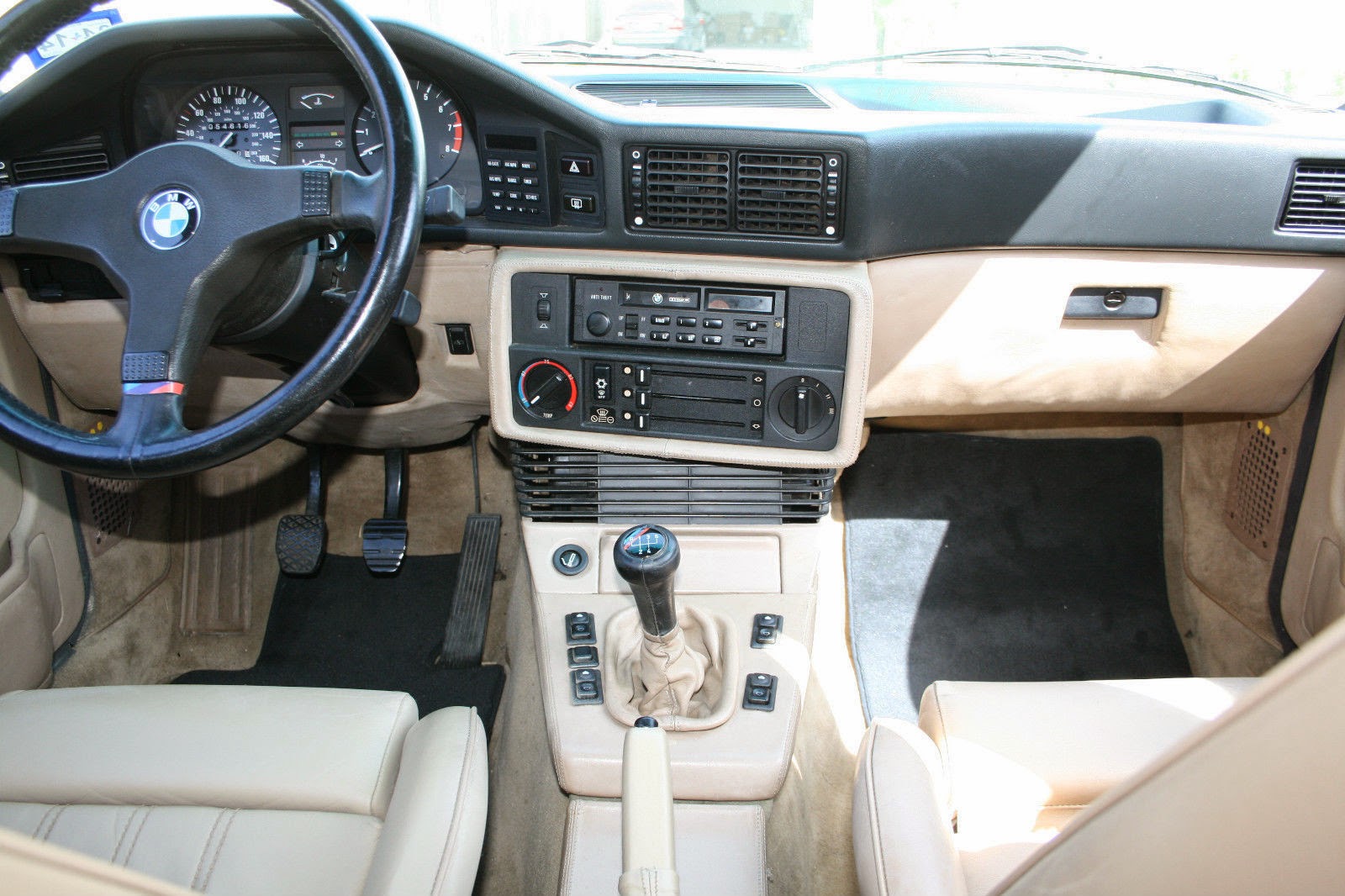 The E28 M5 was only available in USA with a black exterior and the tan leather interior shown in these pics.  The only transmission available was a 5-speed manual built by Getrag. 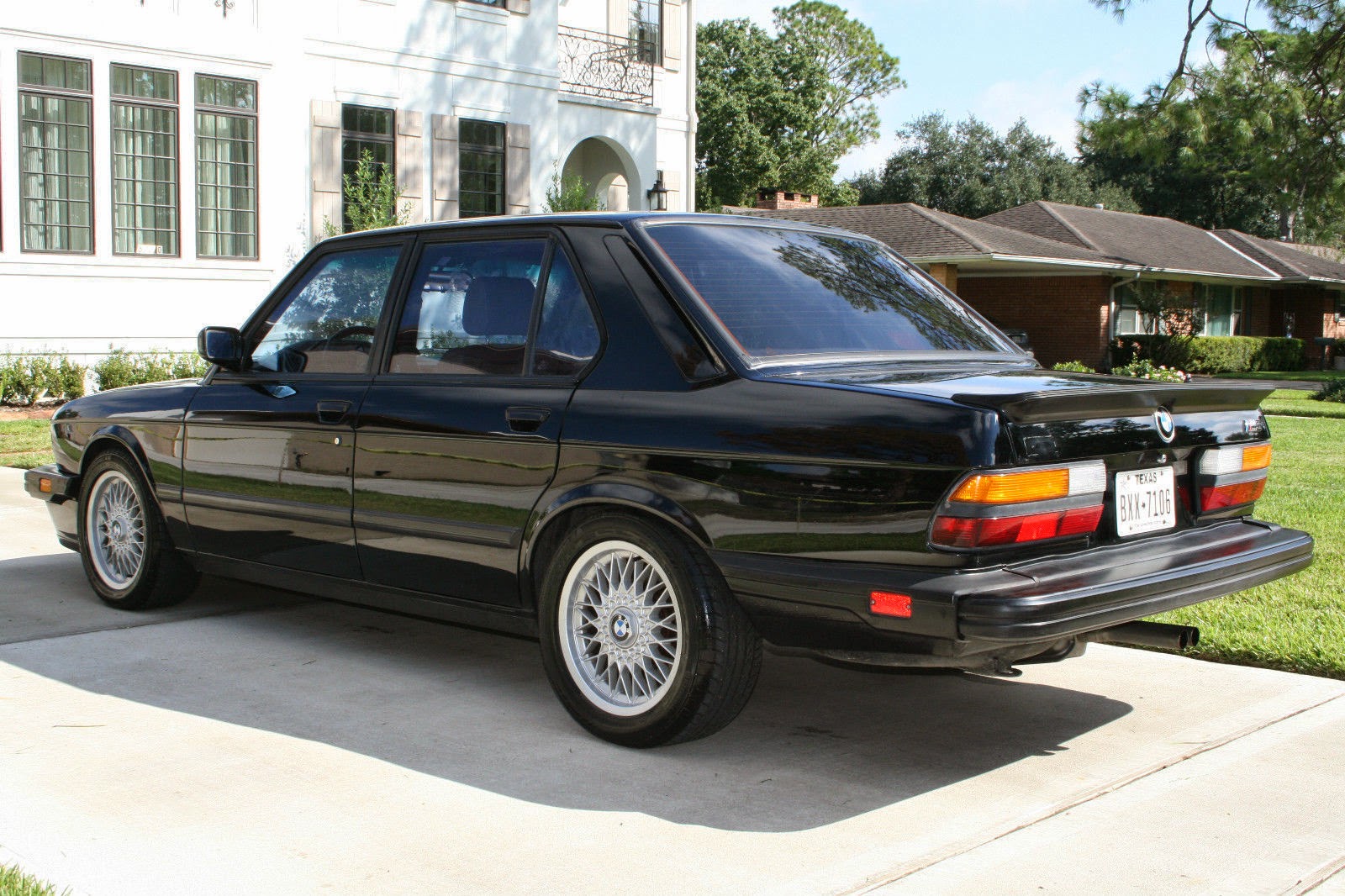