The first generation Lincoln Continental was born as a one off project with designer Eugene T. “Bob” Gregorie.  The prototype was commissioned by Edsel Ford as his personal vehicle but the design eventually went into limited production for the wealthy who wanted a V12 powered luxury coupe.  The basic design used a long hood to cover up the front mounted V12, two doors and an externally mounted and covered spare tire in the back (this became a standard design element of Continentals for generations and evolved into a vestigial trunk hump).   The first generation Continental is a classic by any use of the term and today’s feature was a museum car for many years.  Find this 1946 Lincoln Continental V12 for sale from the California Automobile Museum of Sacramento via a dealer in Carmel, CA for $20,000.  Tip from Harvey D. 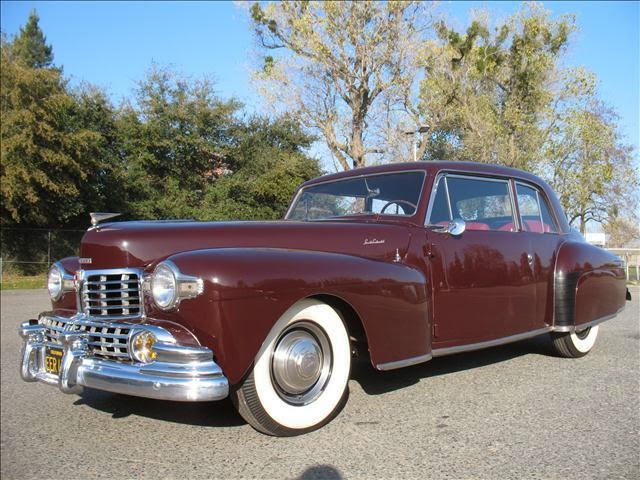 Nothing says money like a pre-war designed big coupe, and the Continental was the last car to receive “full classic” status from the Classic Car Club of America (CCCA)…which means little to the guy who just wants a classy V12 Lincoln for weekend drives, but probably something to the Pebble Beach crowd.  Maybe prime parking at your local Sweater Vest Emporium (Bow-ties on aisle 12!)? 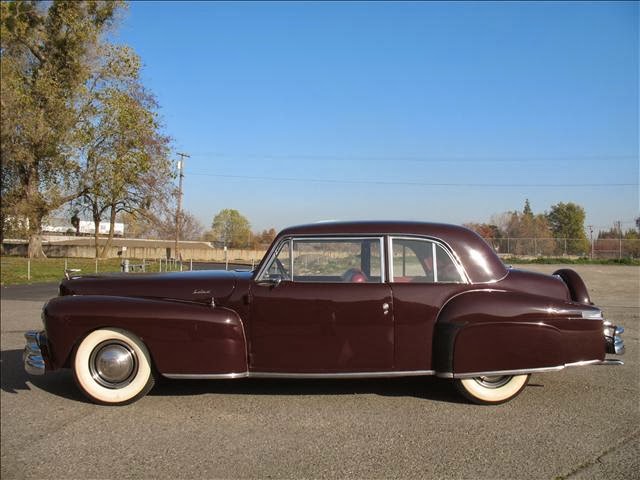 The big Zephyr based coupe is sans running boards, but has covered rear wheels and a tasty hood and greenhouse aspect ratios matched by few cars.  This one is advertised as an older restoration with some dings/nicks that stop it from being a top dollar car, but under the lights and excitement of a auction we’d imagine it would be worth more. 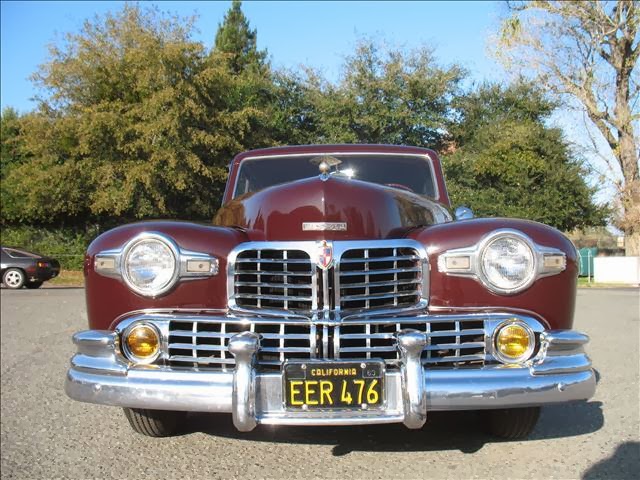 The later grill is a big heavier and less loved than the early cars, as the cars built in the early 40s were still suffering from the chrome shortages due to the war.

If you think for a minute that a Conti is just too much of an old fogie’s car – forgettaboutit.  It was the premium gangster’s car of choice back in day and was the car that Sonny Corleone was driving when he was gunned down at the toll booth in that famous scene from The Godfather. 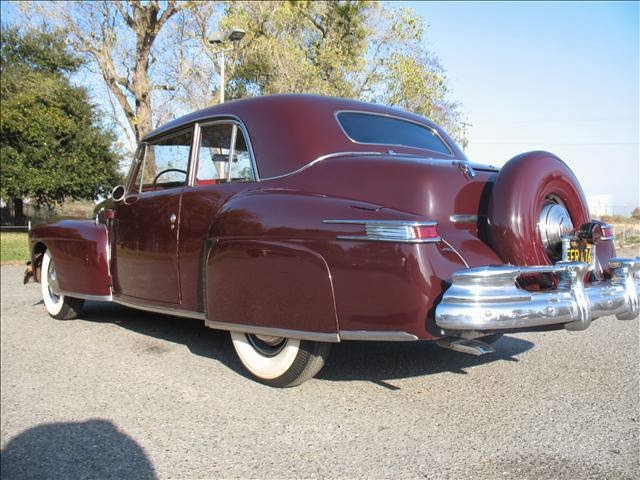