BMW introduced the US spec E90 generation 3-series with a base model 325 and high end 330 model.  The 330 would be powered by the last naturally aspirated inline-6 from the company that lived on sweet sounding I-6s for decades, but did they did save the best for last?  Find this 2006 BMW 330ix 6-spd for sale in Cow Hollow, CA for $19,300 asking via craigslist.  Tip from Kaibeezy. 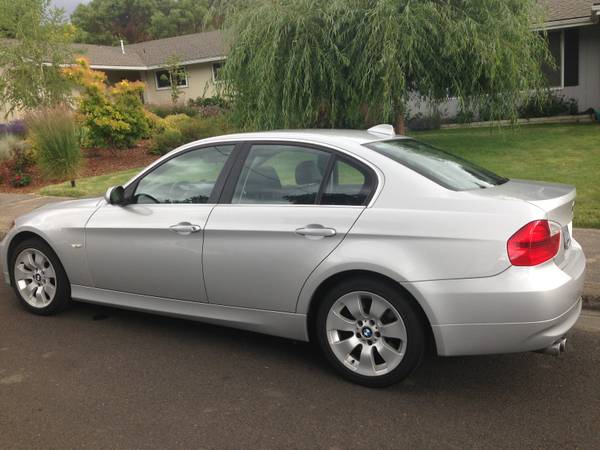 The E90 generation 3-series was somehow able to avoid Chris Bangle’s bulbous butt styling that was so controversial on the 5 & 7 series, but it is sleek enough that it still looks modern/new even though it is now almost 8 years old.  The x suffix denotes all wheel drive, which wouldn’t be the first choice for most enthusiasts, but it could come in handy in snowy/wet locations. 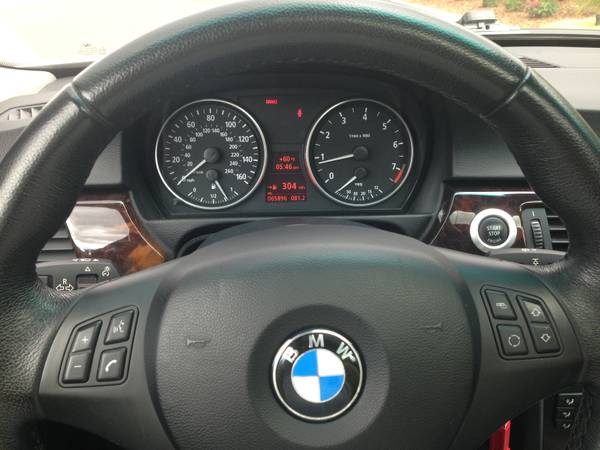 All 2006 330s are powered by the final generation of BMWs long lived history of naturally aspirated inline-6s.  The N52B30 is a 3.0 liter magnesium alloy engine block with dual overhead cams and all sorts of fancy mechanical dual VANOS valve timing and Valvetronic infinitely variable valve lift system that allows the system to run without a conventional throttle.  What this all means is that the N52 is one of the leanest DOHC modern engines from a mass perspective and puts out a respectable 255 horsepower and 220 ft-lbs of torque.  The 330i/330ix will scoot from 0-60mph in 5.5 seconds or about as fast as an E36 M3.  Sure, the 2007 year 335i with 300 hp and 300 ft-lbs of turbocharged torque is faster, but the 330i sounds better and makes you want to wring the snot out of it. 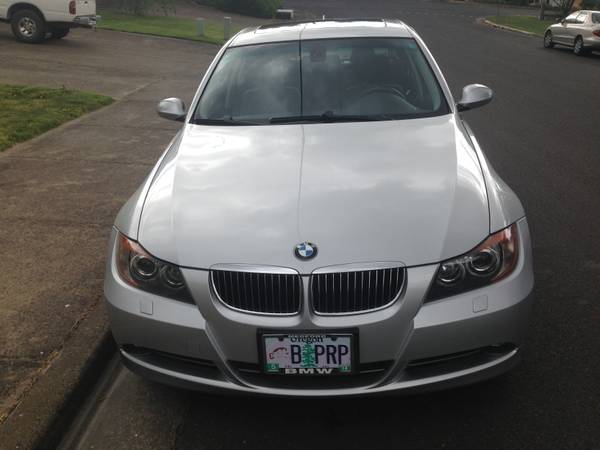 We’d be remiss to not point out that the asking price is a few grand above the kbb recommended private party “good” value of $17,350, but asking prices are always negotiable and this one is relatively rare.  The final interesting part of this advert is that the seller, a woman, claims her husband is making her sell the car to get an X5.  Hang on…a wife who wants to drive a 6-spd manual?  Rare and worth every penny of kbb value IMHO.