The C3 generation Chevrolet Corvette was sold from 1968-1982 as a coupe, T-top and convertible, but never was it offered as a shooting brake/breadvan.  That hasn’t stopped blow torch epoxy wielding customizers from creating what could have been the offspring of a C2 Vette and Volvo 1800ES.  Find this 1969 Chevrolet Corvette Shooting Brake for sale in Auburn, CA for $19,500 via craigslist.  Tip from Kaibeezy. 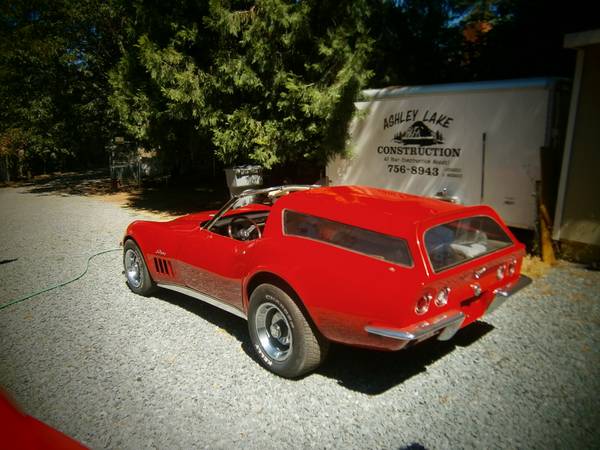 Sharp eye’d shooting brake enthusiasts will recognize that this isn’t the first time DT has featured a C3 Breadvette, the previous example was a flame-striped, side-piped, custom-front-ended disaster, but this one looks well executed.  The name shooting brake originated before the time of the horseless carriage and was the term used to describe a vehicle that moved hunting parties around between homes, pubs and forests (it was before TV and there wasn’t a lot to do…).  Sometime after the introduction of motorized vehicle, the term morphed to be specific to 2-door wagons and Christopher William Terry in his 1914 book Motor Body-building in all its Branches defines a shooting brake as “a wagonette provided with game and gun racks, and accommodation for ammunition.”  Can’t argue with a dead guy, so that settles it. 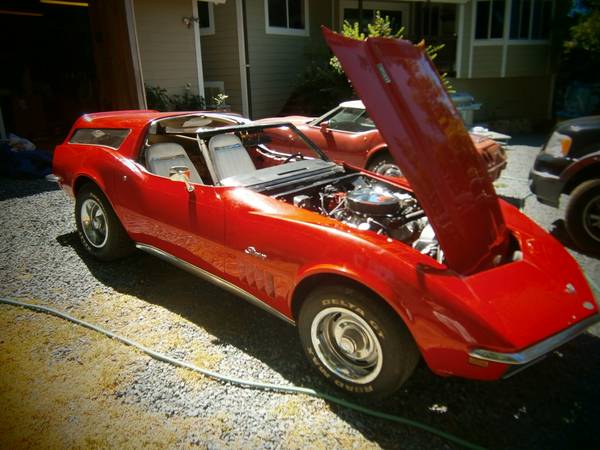 This shooting brake forgoes the gun racks in favor of a recently rebuilt V8 engine (some variation of Gen I small block from the pics) that produces a claimed 400 horsepower, mated to a recently rebuilt automatic transmission.  The seller is adamant that everything has zero miles on it…basically like getting a new car! 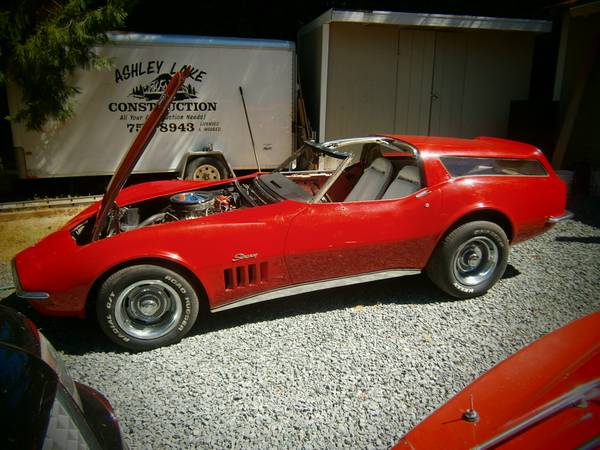