In the late 1970s Toyota decided to enter the light passenger van segment with a compact cab-over eraser shaped thing called the MasterAce. Actually, it was only called the MasterAce in Japan and it was called the Space Cruiser
in Europe, the Tarango in Australia, but simply called Van in North America.  This is fine because in America it didn’t get the same love, respect and aftermarket that it got in naive Japan…which it should because it is the next VW Bus from a collectability perspective.  When these things are hovering around $100k for a beater you will remember this day and slap yourself in the face for not listened to us.  Find this 1986 Toyota Van offered for $1900 near Seattle, WA here on craigslist.  Tip from FuelTruck. 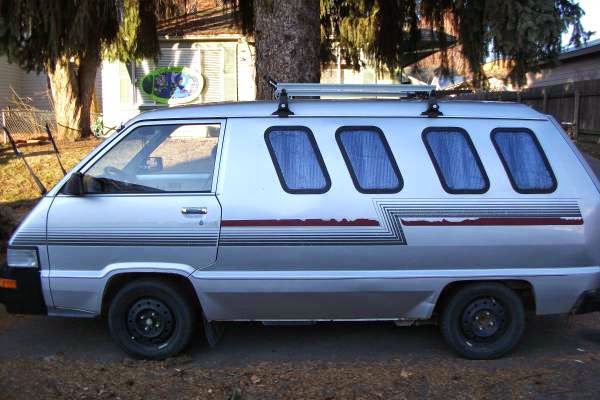 If someone would have told you 20 years ago that the rusted 23-window VW Samba rotting in front of your PCP dealing neighbors house would be worth more than his house, you would have (correctly) assumed he was high on his own product.  For some reason, when I look at the multiple windows in this thing, I just see dollar signs.  But, its been said that classic cars only become valuable once everyone collectively forgets how horrible they were when new.  It will still take a few years for the Toyota Van, because I think I’m still seasick from the last time I rode in one of these. 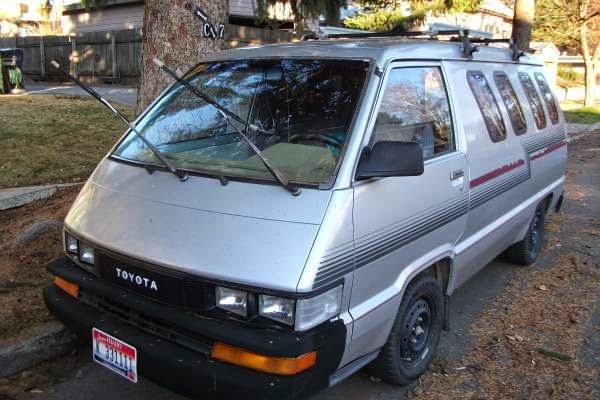 This 1986 model Van has a 2.2-liter 4Y-E engine rated at 102 hp and mated to a 5-speed manual gearbox that is mated to the rear wheels.  Drift van?  Not without some seriously bald tires…on ice…but it still beats the alternative. 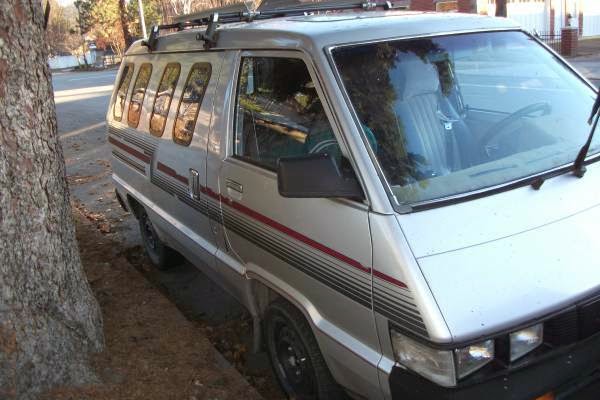 Can anyone explain why this one has the 4 porthole windows?  See another rear-drive 5-speed almost-classic? tips@dailyturismo.com