The theme is really subtle here and you might miss it if you aren’t paying attention. When the Taurus first came out it was referred to as the Jelly Bean and some people (in OK anyway) called it the Moon Car. The fact that this one is running Moon-Eyes and Moon discs only adds to that!  Find this 1989 Ford Taurus SHO Truck offered for $1,500 in Olney, IL via craigslist.  Tip from James. For $1500 there is a Yamaha V6 motor mated to a 5-speed gearbox and really well kept electric buckets with the big SHO side bolsters.  This car is a total buy!  Its running very cool looking dual exhaust. It has 90K miles on it and it already has had the timing belt replaced! 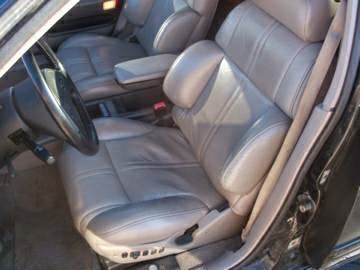 Hopefully they left a little bit of room between the driver’s headrest and that rear pick-up slider.It will probably need some welding and inserts for the bed to finish it, but with $1500 in the base, even if you spent $3500 on it, you’re in a very unique vehicle that has a high tech twin cam engine with a manual shift!

Tell me you wouldn’t drive this with pride to your local Cars/Coffee! 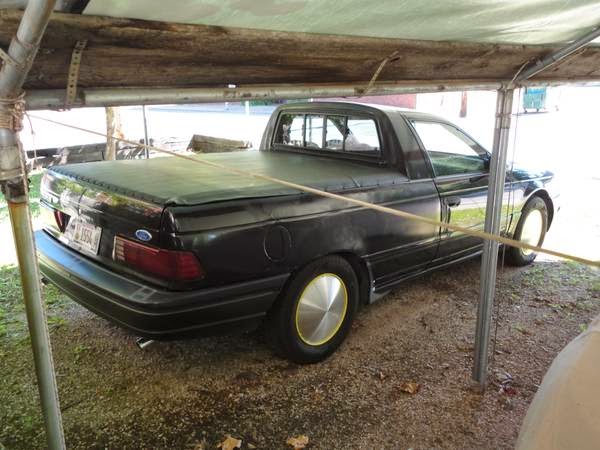 It almost looks like he may have left the trunk in place which would
give it a trunk and a middle beer cooler spot where the back seat used
to be. (Look at where the snaps are on the cover. There are none along
the sides, where the trunk lid might be hiding.

See a cooler way to