If you’ve ever had a burning desire to drive around in something that looks like a mobile sauna, we’ve got a treat for you today.  The building material of the day is wood, and we aren’t talking about something as subtle as wooden-frame Morgan or garish like a faux wood sided wagon…no…this is  entirely custom bodywork, built from varnish covered dead trees.  It is as if Canadian superstar handyman Mike Holmes has joined the cast of Top Gear BBC and helped them build an Eagle i Thrust Hammerhead Brougham Edition.  Find this 1929 GM-Based Hand Made Wood Truck for sale in Dayton, OH currently bidding on ebay for $355 with 6 days to go. 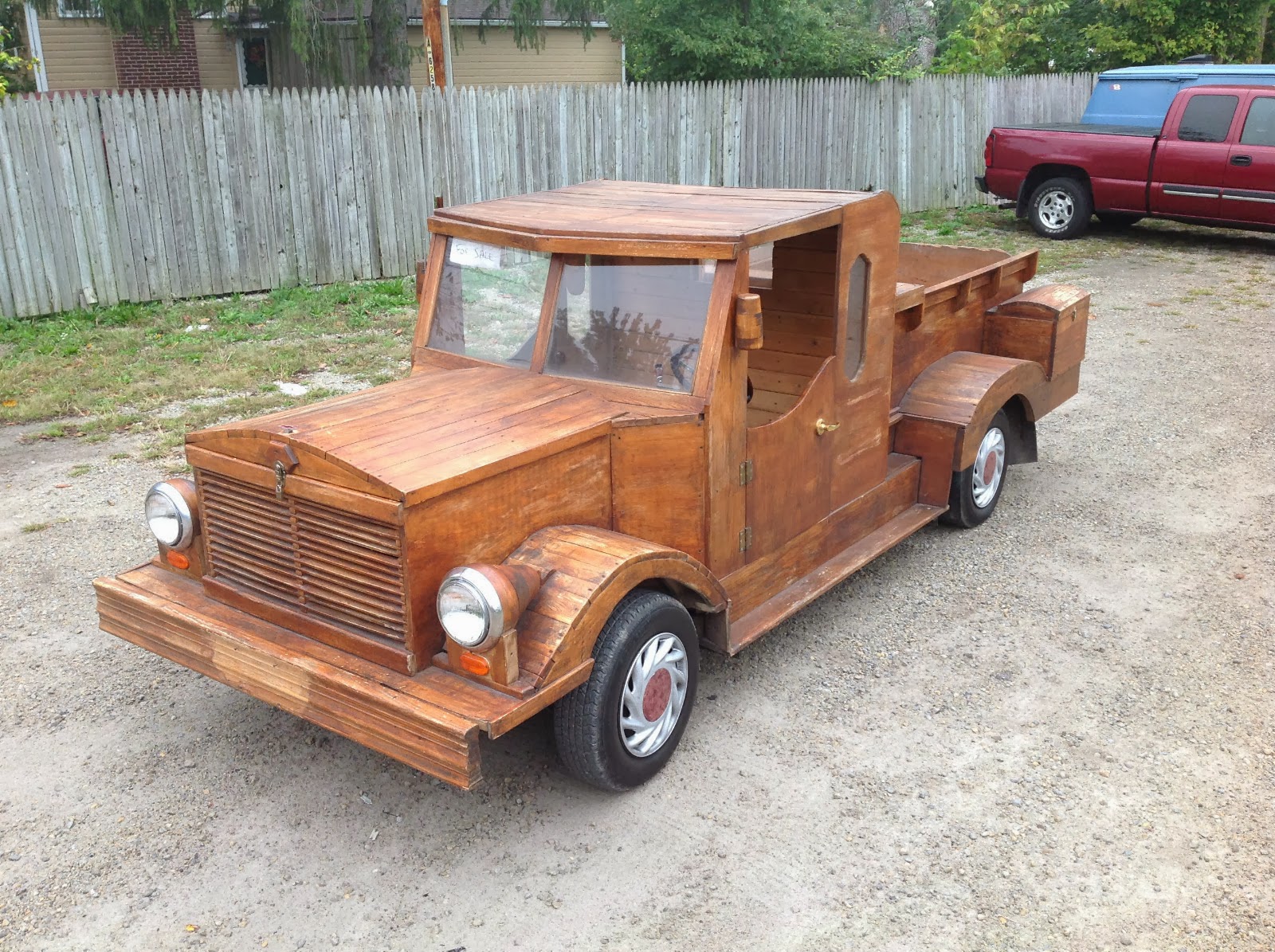 Built on a 1981 Oldsmobile Cutlass chassis, this one-off takes the concept of a “woody” pickup to an extreme level.  Just about every major body panel (aside from the undercarriage) is made from wood. Although the seller advertises it is a 1929 truck, it is titled for road use as a 1981 Cutlass, making insurance and registration simple. 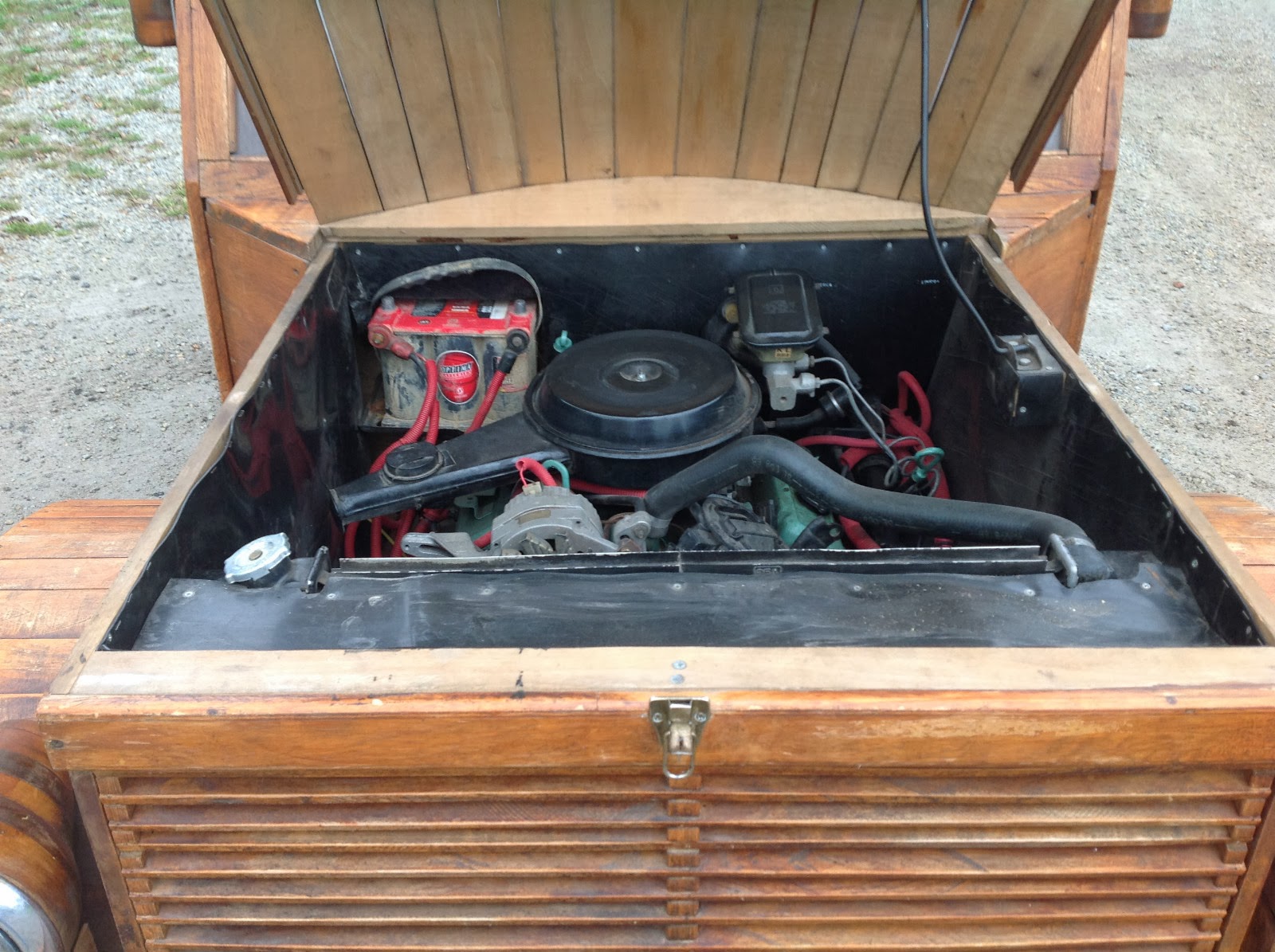 The ’81 Cutlass is part of GM’s A-body rear-drive platform, so this is powered by a 3.8 liter Buick V6 that puts out about 110 horsepower.  What is remarkable is that the seller has driven this car for 23 years and about 12,000 miles with not a hint of major fire damage anywhere… 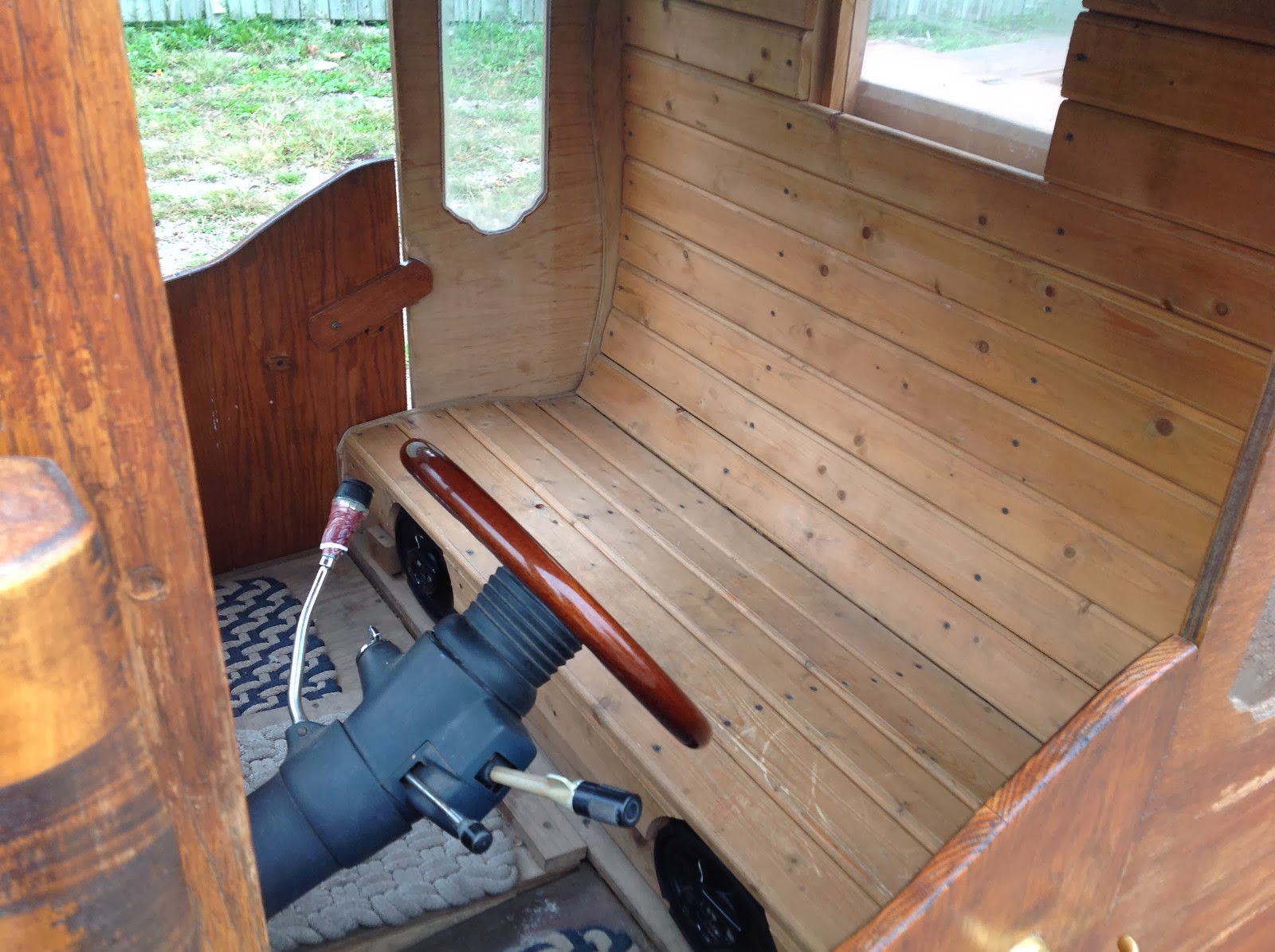 A peek inside the cabin shows a wooden bench seat with no signs of any passenger restraints, but in case of a collision with any vehicle larger than a Barbie Ferrari you will be thankful that death by blunt force comes before death by secondary splinter infections.   You know what is also made from wood?  A coffin.  Why do I still want this thing? 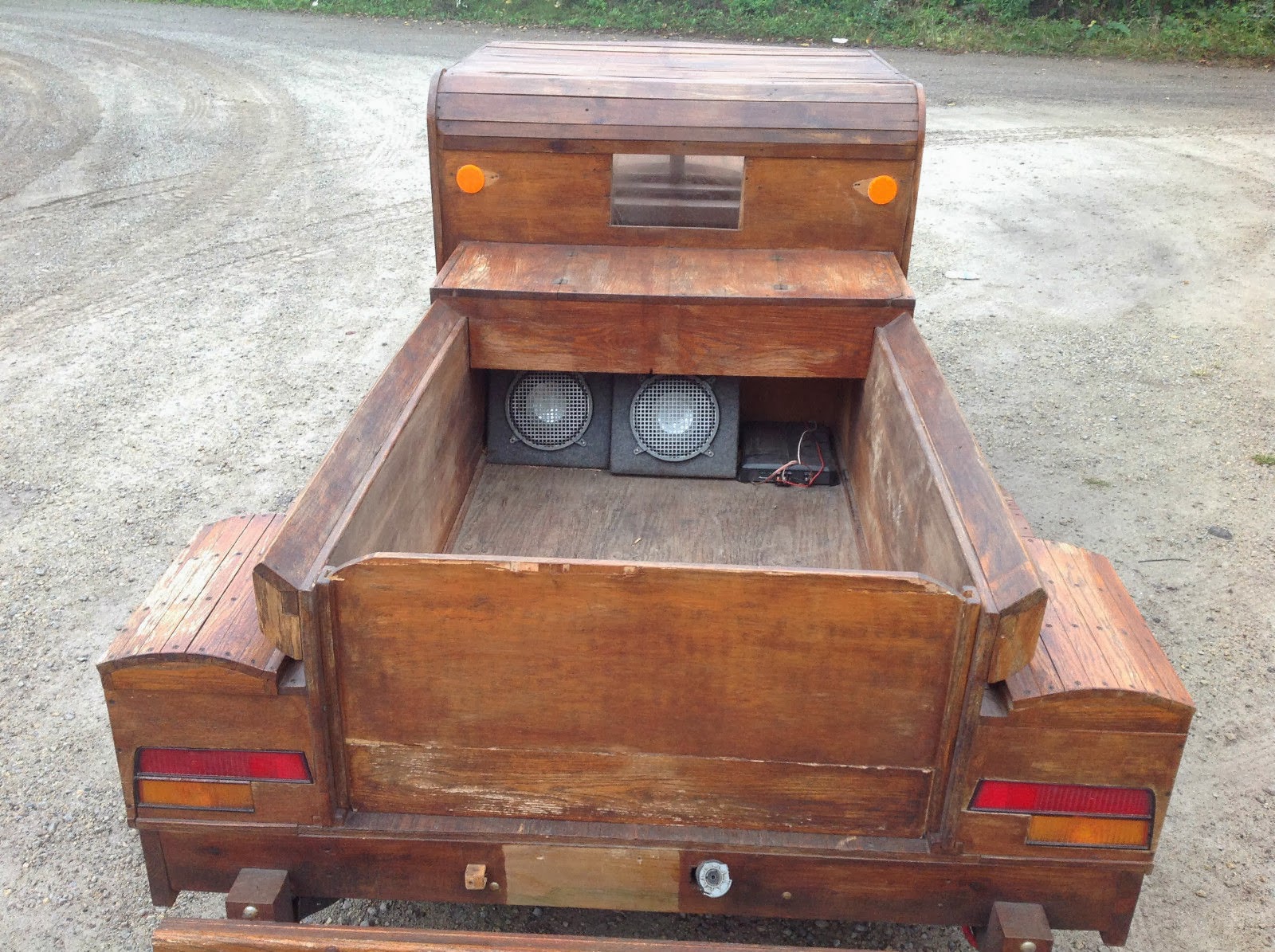