The following car is a Daily Turismo exclusive that comes as a seller submission from DT reader Zach, who has owned the car since 1996 and penned a small novel about his experience with it.  No…it isn’t a barn find XK120, it is the Spitfire hiding in the corner. This 1970 Triumph Spitfire is offered for $1250 in Des Moines, IA. The following description comes from Zach:

With a heavy heart and a bitter cup of reality in my hand, I’ve got to put my long beloved (and long neglected) 1970 Triumph Spitfire up for sale.

More history than you want –

The car was purchased in 1996, when I was little more than a (quite obvious in retrospect) bit nutty for odd, obsolete vehicles.  My father had purchased a ’53 Jaguar XK120 FHC in 1990 and had lit a fire underneath me that still burns to this day.  I looked any any number of vehicles before finding the Spitfire, a rough TR3 with a Ford Pinto rack and pinion, a tatty TR6, various Karman Ghia, and other Spitfires before coming across this one in a lovely turd Sienna Brown (or about this color).  Sure, the color wasn’t the greatest, but hey, the seller had a couple of gallons of red paint that he’d mixed up for it with good intentions of painting it one day.  A bit of hard-knuckle negotiation and not a whole lot of money changing hands later, it was mine. 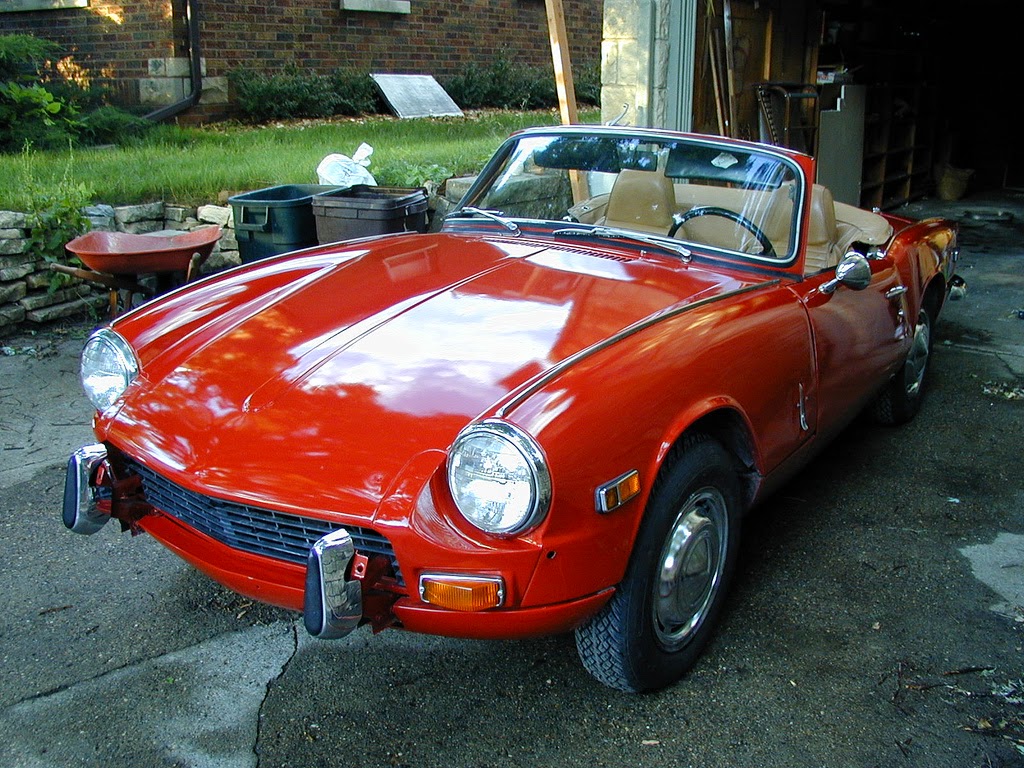 One exchange trip to Russia later and the car was repainted red and looked approximately like this (photo
circa year 2000 – how about that slave cylinder leak?).  I drove the
car during summers in Iowa between years at McGill University in Canada
(eh!) before returning back to the midwest after graduation.  Car was
used actively for spring-autumn duty from 2001 through 2005.  Many
summertime (mis)adventures later (non-original 1147cc to non-original
1496cc engine swap, clutch replacements, I moved to Alaska and left the
Spitfire in storage, where it’s more or less sat for the past decade.
While I don’t want to sell the car, I also realize that it’s time for a
better caretaker to get her back on the road – the summers are too short
up here in AK to make much out of it). 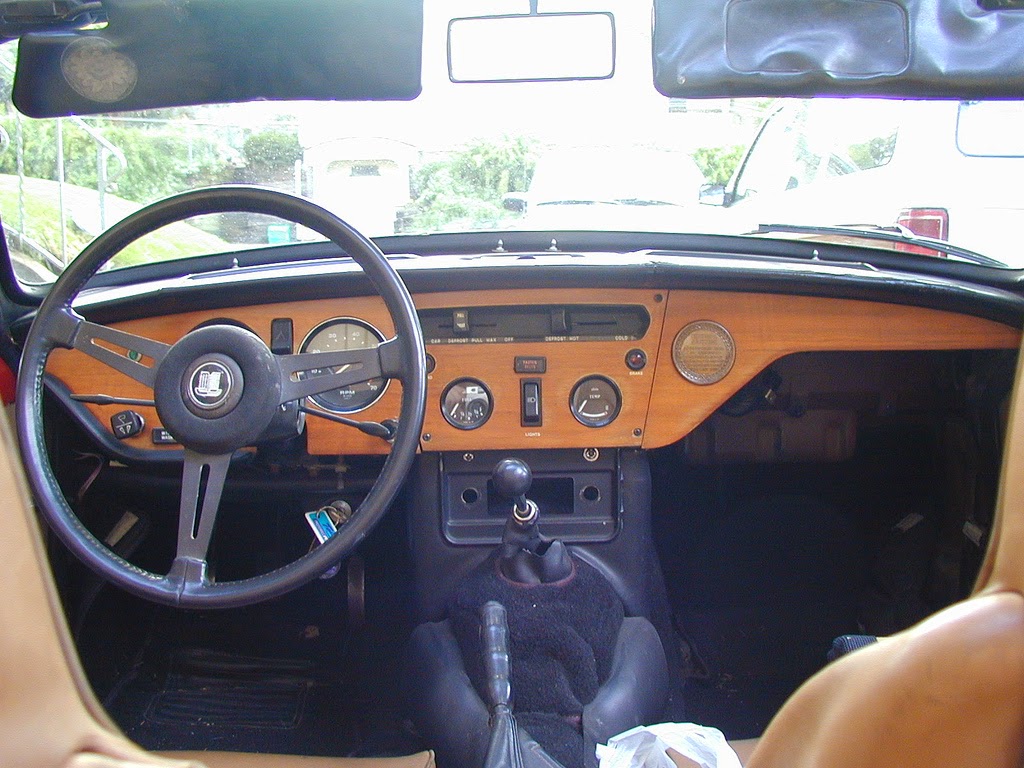 The top photo is the most recent photo I have of it (ignore the XK120 in the foreground, please!).

Hood (convertible top) was replaced somewhere around 2000 – though I suppose that still makes it   around 15 years old, so not that new.  Plastic was in good shape as of 2005. 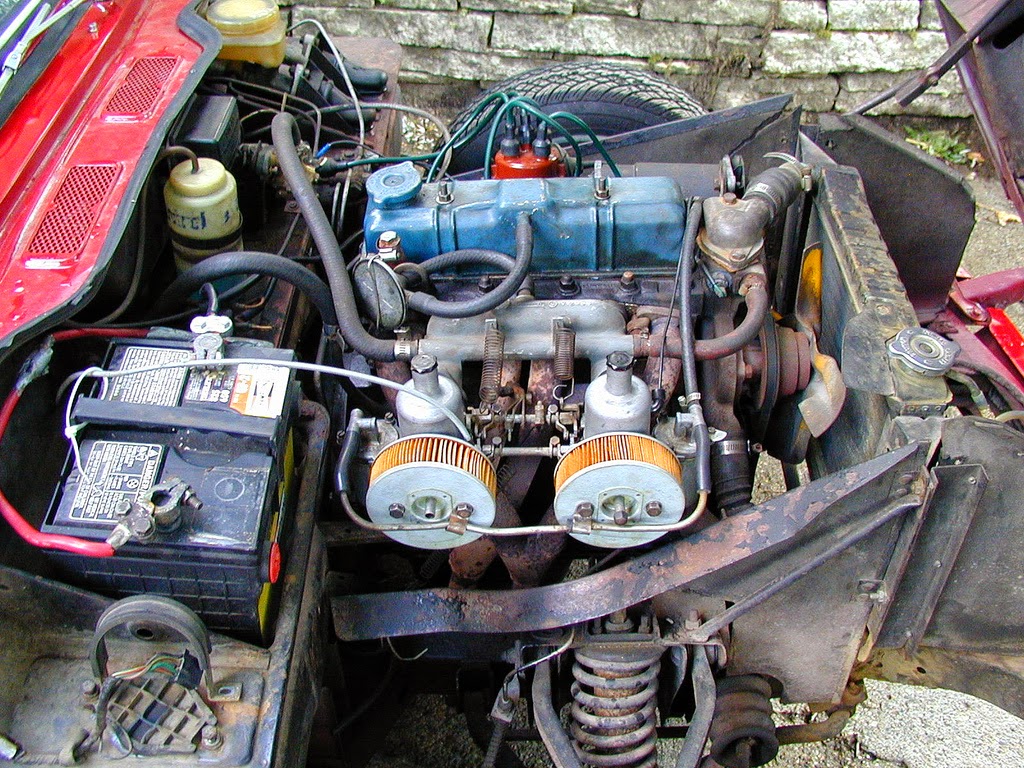 The not so good –

1.5″ intake manifold swap out did not get fully buttoned up before hitting the road to AK – air leak issue not resolved

Ladder fell on the bonnet (hood) shortly after the 2000 picture was taken.  I swore loudly and vehemently following this.  Two small dents in hood that should be easily fixable, but as a poor recent graduate, I never corrected.

Did I mention it’s been sitting for 10 years?

Front bumper was dented when I purchased the car and I never mounted it – just rode with the over-riders. 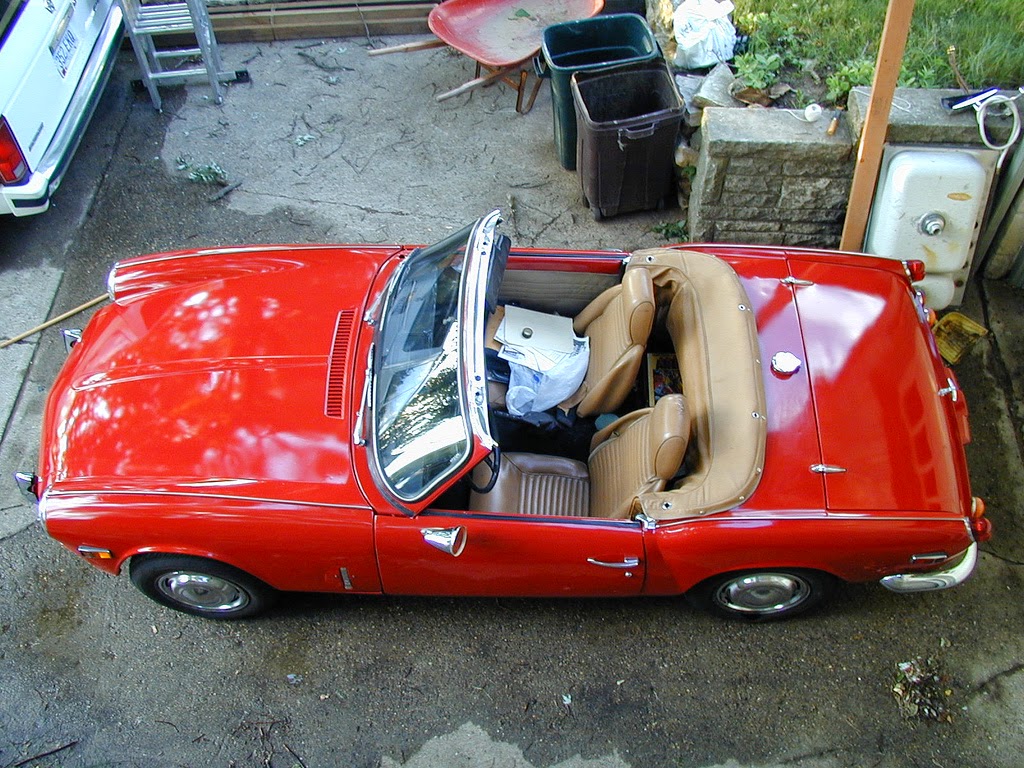 So she’s not perfect and I still love her and hate to let her go.  But she’s 45 years old this and ready for her midlife crisis.  While Spitfires are one of the more attractive designs in the little British car world (certainly in the cheaper end of the spectrum), they never managed to do a good job of shaking the ‘hairdressers car’ moniker… and thus prices for them have stayed mind-bendingly reasonable.  Parts availability is fantastic and the internet support / fora are strong.

I’d like to get $1,250 for the full kit and kaboodle.  I may be crazy (but it just might be a lunatic [car] you’re looking for).  Bring a trailer tow dolly to remove from Des Moines, Iowa.  Available for transport after 5/4, as I’m currently 4000 miles away.  Glad to answer any and all questions. 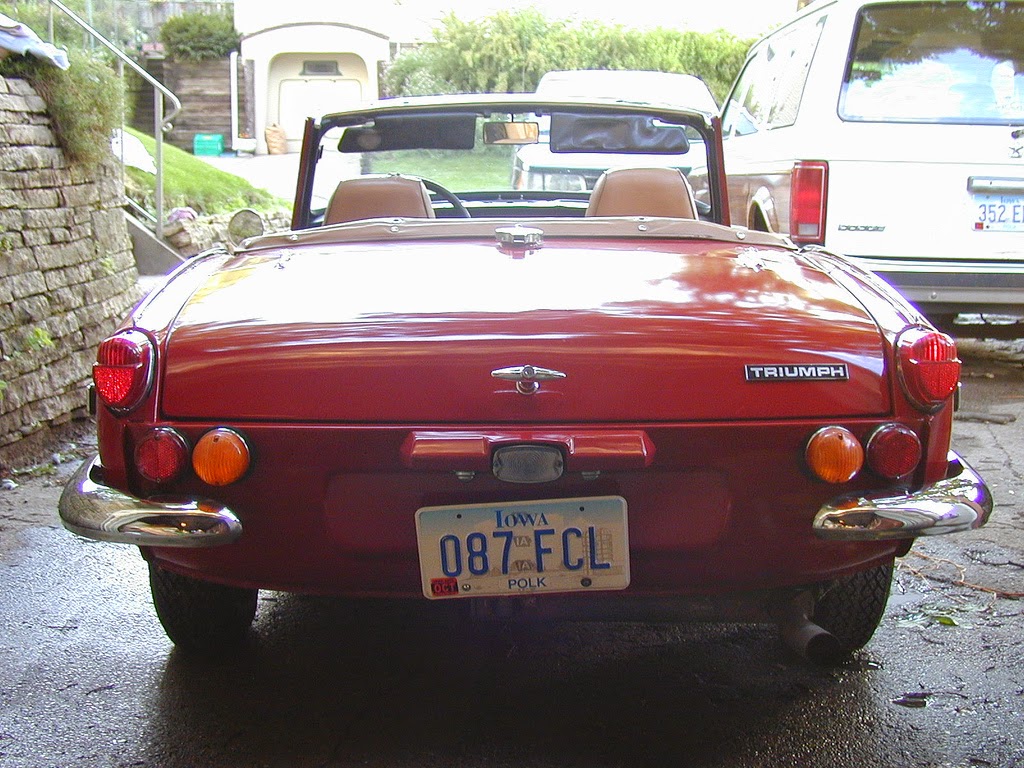 If you are interested in purchasing this car, please send us an email here: tips@dailyturismo.com and we will forward your contact info to Zach.