Like a 99 cent store that offers dating services to French Albinos, we are going file this car permanently under the cheap and weird section of Daily Turismo.  The Renault R16 was a large hatchback, not quite a wagon but larger than the average hatchback, something unusual for the day and another good example the remarkable innovation that came from the French car industry of yesteryear.  They are seriously rare in the US and this is the first one we’ve ever even thought about featuring. Find this 1970 Renault R16 for sale in Marysville, WA for $950 via craiglist. Thanks to Chris L for the tip. 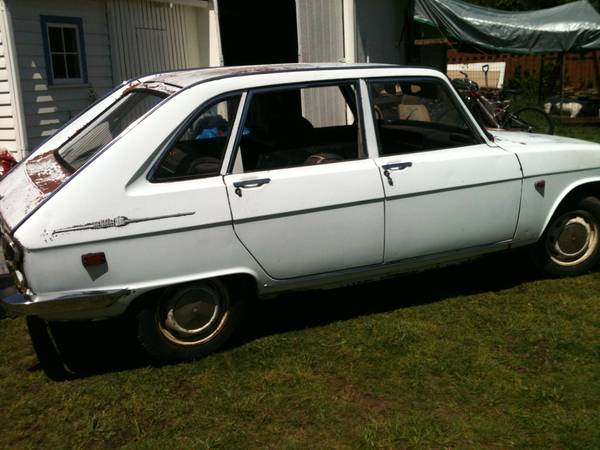 The R16 really looks out of place compared to most other 1970s automobiles, with its sloping rear hatch attached to a large 4 door body with a tall greenhouse.  It wouldn’t look out of place next to a new Honda Crosstour or BMW 5-series GT, which isn’t exactly a glowing commendation of aesthetics. 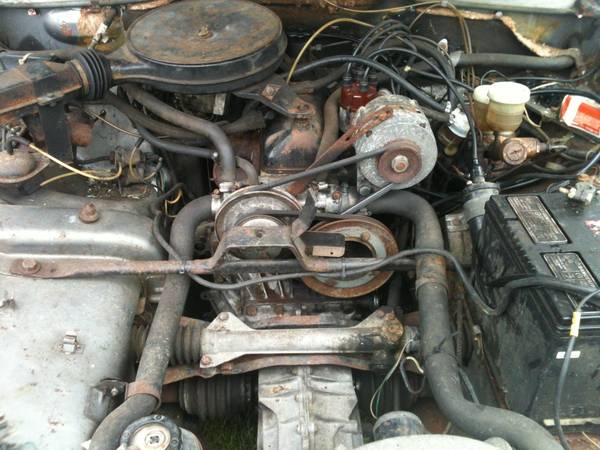 The R16 is powered by a 1.6 liter inline-4 cylinder engine mounted amidships, but connected to the front driveshaft for classic French mid-front setup.  The 4-cylinder was the same A-series Renault engine as mounted in the Lotus Europa, except backwards, and derated for family use to 65 horsepower. 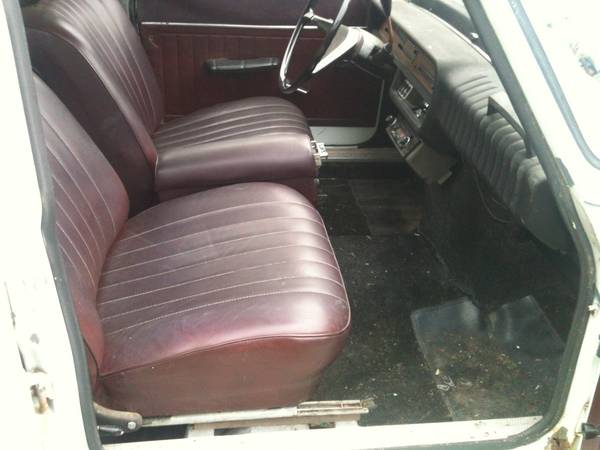 All R16s were equipped with 4-speed manual transaxles shifted from the “tree,” in other words the steering column, and this one is no exception.  Notice how flat the floor is, great news for 5th (and 6th) passengers (usually the youngest siblings) who had to ride the dreaded tranny hump spot in the average 1970 car. No tranny hump, no driveshaft tunnel…no buckled knees in the middle seat. The R16 isn’t going to impress anyone with flashy looks, good handling, speed or collectability.  But, with the right amount of love and an open road, we bet it could put a smile on your face for being just so darn weird.