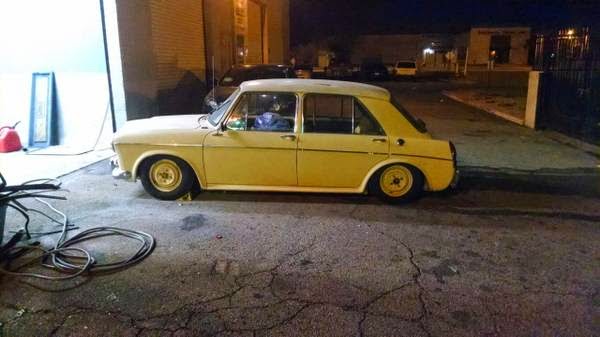 The combined production
figures for the entire family of ADO16 may have made it one of
the best selling vehicles in the UK during the late 60’s, but you don’t bump into them very often stateside.  That is a good thing considering its relative lack of initial cost and the abundant aftermarket available online…although given the limited sales in the USA, most support is from the UK.  The MG 1100 is powered by a BMC A-series engine with a 1.1 liter displacement that puts out a meager 69 horsepower mated to a manual gearbox. 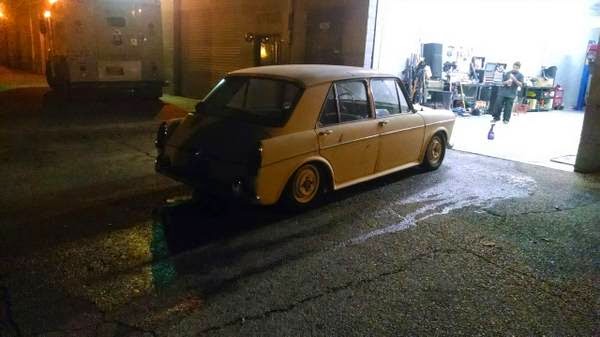 The hydroelastic suspension engineered by Sir Alec Issigonis was a huge improvement over the bumpstop setup in the Mini, but not quite as funky as something from Citroën.  This one might just step up to normal ride height if you fire it up, or it could use all new suspension seals. 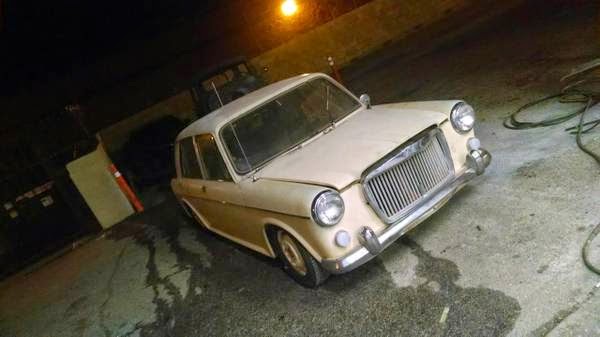 See a cooler way to confuse the locals your neighborhood car show? tips@dailyturismo.com