The Ford Mustang S197 was introduced to much fanfare and ballyhoo in late 2004 – and for good reason; this was the first complete re-design of everybody’s favorite pony car since 1978. Sure, there had been a few major revisions to the venerable Fox platform, but 26 years into its lifespan it was a bit long in the tooth. The derby was over; Ford sent ol’ Foxy to the glue factory and rolled out the replacement with chassis code S197. Today the “retro-futurism” styling looks a bit dated but the 5-speed GT is depreciated to the point where it’s now a Daily Turismo value. As an example, look at this clean 2006 Ford Mustang GT w/ 5-spd manual in Phoenix, AZ for $12,900 via craigslist. 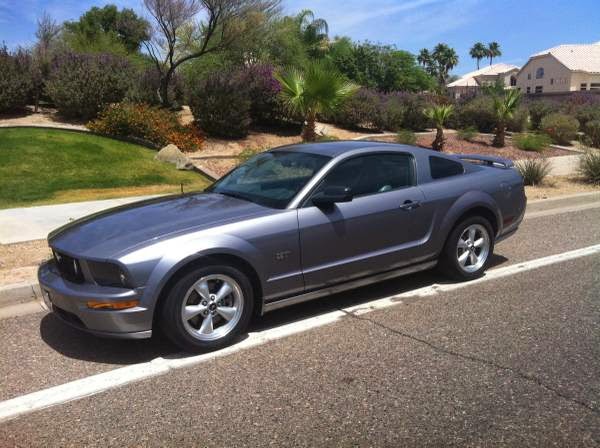 This editor has driven several S197s over the years in various forms – V6/auto, stock V8/5-spd, and 490 whp twin-turbocharged V8/5-spd. The ancient Cologne V6 (cousin of the SAAB V4!) with a slushbox was surprisingly quick, and the stock 300 hp, 3 valve per cylinder 4.6L V8 was no slouch. The GT is a car that gathers momentum and moves out despite considerable curb weight. 1579 kg of mass is not light for a 2-seater by any stretch except on the moon, where it would only weigh 578 lbf – that sucker would scoot! You’d have to supply the air of course. On Earth, it’s 3480 lb – yeah, kinda porky but nowhere near as massive as a 2014 Dodge Challenger R/T which weighs in at a sickening 4082 lb dry. Barf. 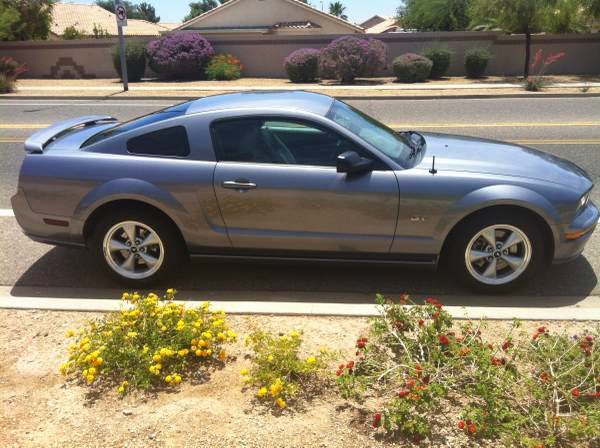 While I’m not really a Mustang guy per se, I do have an appreciation for certain models and the S197 is definitely one of them. Philosophically it’s really an old school American car in a vaguely vintage-looking wrapper with modern safety, conveniences, and decent build quality – which is what a lot of classic customizers aspire to anyways. Building your own hot rod is a rite of passage in America, but you need something to drive in the mean time, and you could do a lot worse than an S197. 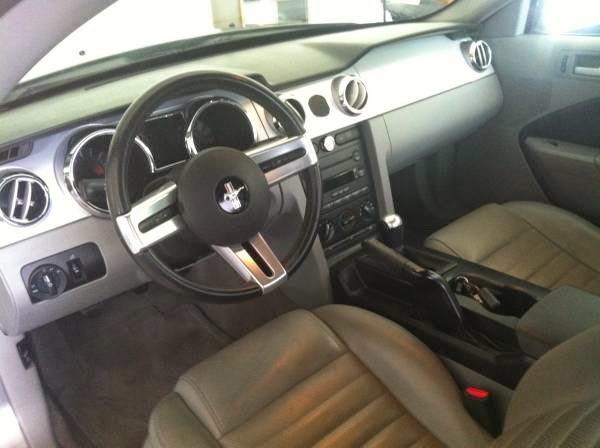 The S197 interior has high window sills and a low seating position which gives a feeling of sinking down into the car – not great for visibility but fine for cruising around and looking cool. The twin binnacle dash and retro gauges with color changing lights were clearly inspired by Mustangs from the ’60s, and fit with the exterior styling. Put the hammer down and you’ll be reminded that this isn’t a 2012+ GT with the 5.0L Coyote and over 400hp, but it’s a slice of apple pie that makes great V8 burbly noises and lets you shift for yourself. Where else are you going to get 300 hp and rear wheel drive in a modern car for around $12k?


A depreciated modern fun car like the S197 makes sense as a daily for people who want to actually drive – it will do everything better than a ’65 Fastback GT for example – except appreciate in value (for now). Best to flog it, sell for a loss in a few years, and move on to the next one.


If your pony car dreams are filled with slushboxes, you definitely need to check out “Wings of Liberty,” a 2006 GT being sold for $12k by two Norwegians after a year’s stay in San Diego, CA. At least these guys are…uhh..enthusiastic! 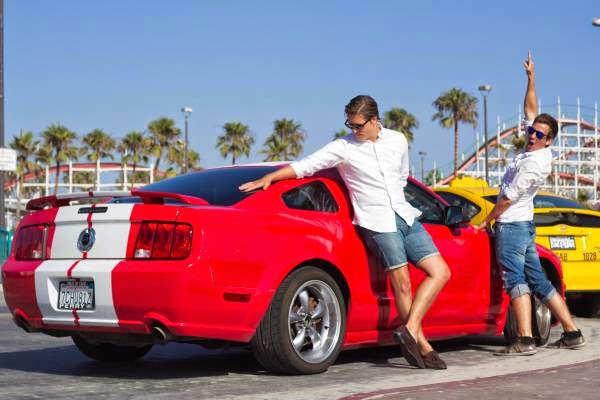 See a better deal on a RWD V8 5MT? email us: tips@dailyturismo.com