The Volkswagen Touareg is a big diesel powered SUV from Germany that BBC’s Top Gear crew spent an entire episode mangling the pronunciation of the name but generally agreeing it is an awesome vehicle.  We did a quick youtube search for a clip of that video, but instead found a much better video by a user who calls himself BBCTopGearIndia.  Take a quick look at it here and you’ll be shaking your head side-to-side in the Indian head bobble faster than you can say namaste.  Find this 2004 Volkswagen Touareg for sale in Alameda, CA for $17,900 via craigslist.  Tip from Kaibeezy. 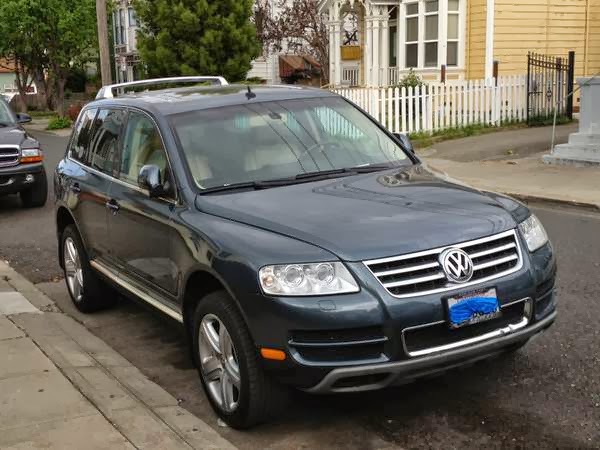 The Touareg was available in the US market with the V10 TDI for only a few years during the first generation’s production run.  Unfortunately the reality of producing a diesel engine that only got 17 mpg caught up with Volkswagen and it was replaced with engines that didn’t cover the rainforest with soot. That protective layer of all natural carbon based hydrogen enhanced molecules is generated by a 5.0 liter V10 turbocharged direct injection diesel engine that puts out 309 horsepower at a tractoresque 3750 rpm.  If the soot doesn’t kill the rainforest (or give you cancer) you can use this thing to pull all the trees out of the ground with its all-wheel-drive and 553 ft-lbs of torque available from just off idle speeds. 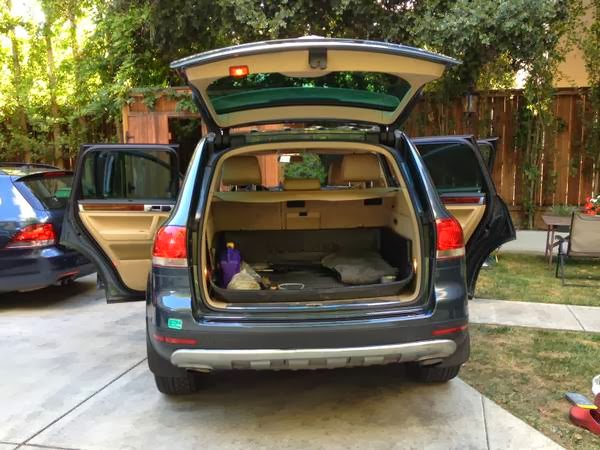 Normally diesel versions of Volkswagen Auto Group’s platforms are focused on economy, but the V10 TDI Touareg was a notable exception that focused on performance.  See a better high speed SUV for cheap? email us here: tips@dailyturismo.com