Oh Texas. The Lone Star state.  Pickup truck heaven. El Camecca. The land where hack saw wielding lunatics cut apart the perfectly rounded rump penned by Wolfgang Möbius.  Fortunately, there is a truth hidden among the hacked up sheet metal and BBS alloys – for the 928 was one of the best muscle cars to ever be built by Germans…so why not make a ute version. Find this 1978 Porsche 928-amino offered for $12,900 in New Braunfels, TX via hemmings.  Tip from Denis O. 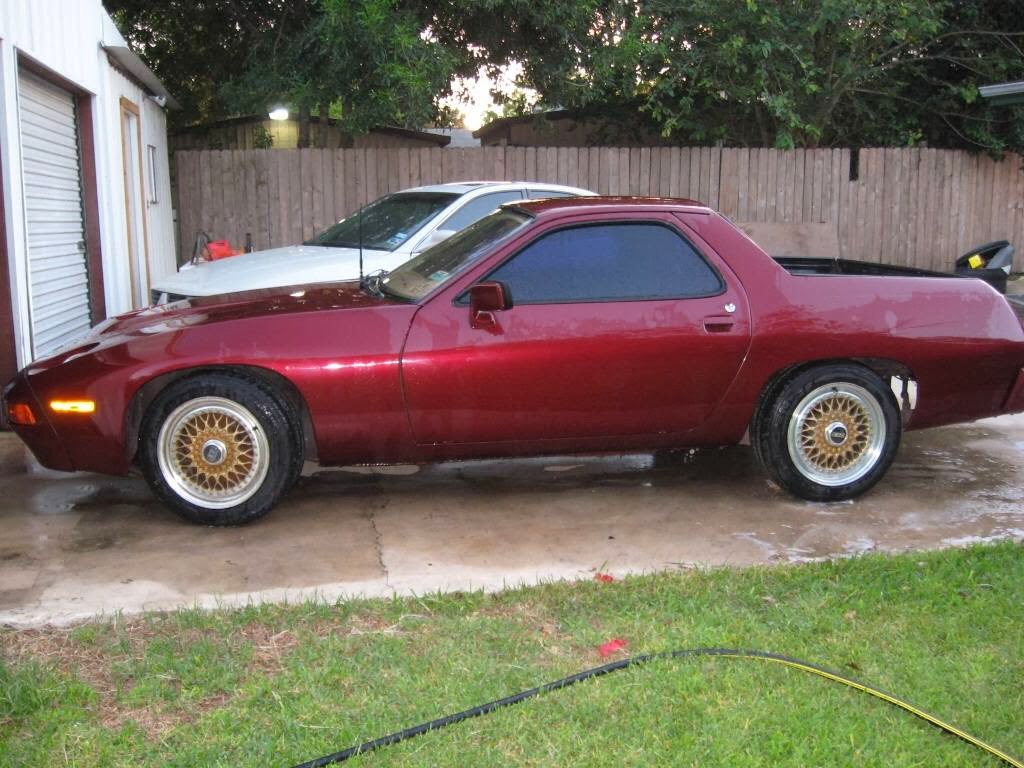 The Porsche 928 was a world changing car when it appeared in 1978.  The list of things that were new and innovative on the 928 is long, but foremost was the use of polyurethane bumpers that survived the DOT’s 5 mph impact standards without the addition of rubber bumper extensions. 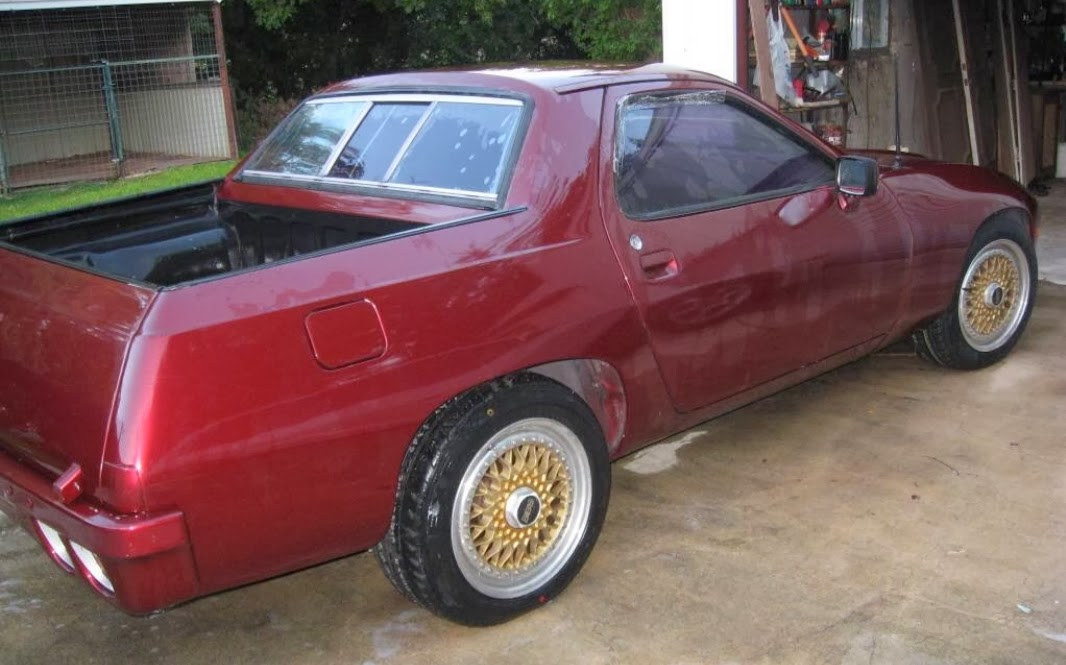 The addition of a Chevy truck style rear bumper with embedded C4-vette style brake lights speaks volumes about the builder of this thing and is a regular fixture on lowered pickup trucks across the country.  Unfortunately the seller does not include any good pics of the rear, bed interior, area behind the seats (are the vestigial rear 928 seats gone?). 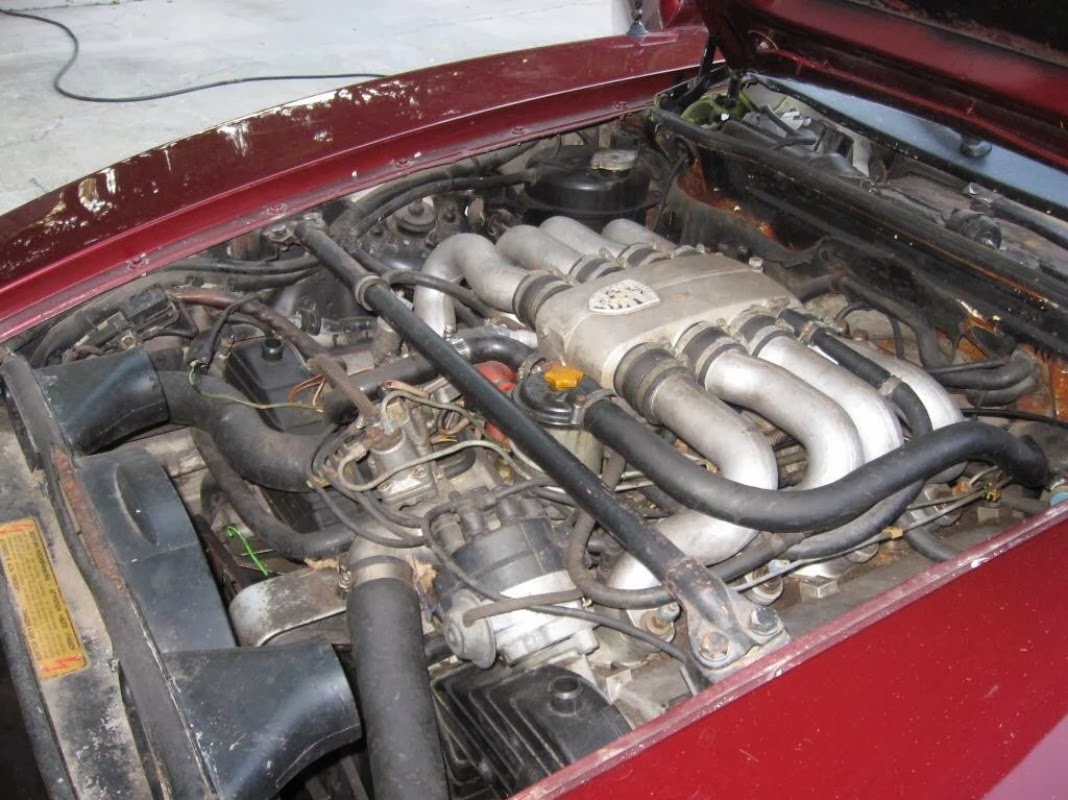 This is an early 928, so it has the SOHC 4.5 liter V8 that is easier on your wallet at the local German auto repair shop but doesn’t push your butt around when you mash the loud pedal.  The seller discloses that this needs some kind of fuel injection work, which is scary since the 928 uses some kind of relay based pre-microprossesor solutions with a Bosch K-jetronic mechanical fuel injection system.  You won’t have any expenisve ECUs to replace, but there is a rats nest of wires under the passenger foot well with a circuit board covered with dozens of smart relays that are more than just switches. 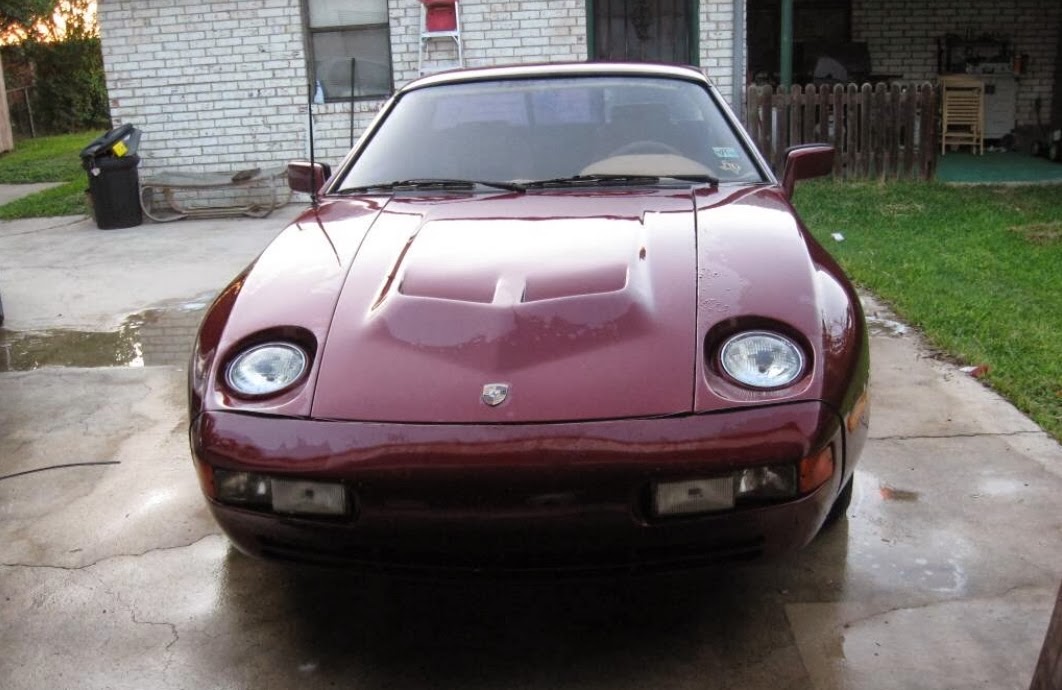